Belgium braces for return of foreign fighters | Europe| News and current affairs from around the continent | DW | 29.01.2018

More than 100 foreign fighters have returned to Belgium, with more to follow. Some want to leave their past behind, others want to "disappear" and pose a headache for the authorities. Teri Schultz reports. 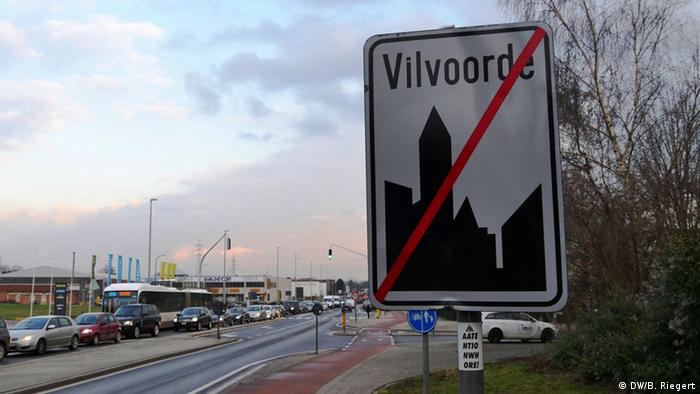 European governments have been warned for years to be prepared for some dreaded homecomings —  radicalized citizens returning  from "Islamic State" (IS) war zones.  As the global coalition retakes territory that IS once claimed as its "caliphate," some fighters who hold European passports are expected to make full use of them.

Belgium is the European country with the highest per capita number of so-called foreign terrorist fighters and the prospect of weapons-trained, ideologically hostile individuals showing up back in their old neighborhoods makes everyone nervous. Earlier returnees trying to start anew refuse to discuss their reintegration.

Antwerp City Councillor Hicham El Mzairh has tried to get returnees to speak out publicly, including to DW, in part to convince other Belgians not to follow in their footsteps. But none have been willing to come forward.

He says it's disappointing, but understandable. "Many of them came back with a huge feeling of shame," El Mzairh told DW. "And they don't want to show that or to show their name or to be on TV to say 'OK, I went there and I was a fool and I came back.' They are trying to build a new life and a new beginning."

But there's pressure from a more sinister place too. After the brother of a Belgian-born fighter gave a television interview, even with his identity disguised, he was quickly identified by IS supporters and badly beaten, as a warning to others to keep quiet.

Returnees and their jihad journeys

Just a couple of years ago, the environment was significantly different. A Belgian woman named Laura Passoni, for example, wrote a book about her experiences as a militant's bride in Syria. For months Passoni was ubiquitous in the media, posing with her book and talking about her nine months in the caliphate. She said she'd finally realized what a mistake that was when her 4-year-old son came home and showed her how he'd been taught to behead a teddy bear. The family escaped back to Belgium.

Now, however, Passoni has largely dropped from public sight. She occasionally visits schools or appears at official events, but only in tandem with the co-author, an expert on Islamic studies, of a new book discussing how to react to radicalized individuals. Interviews must be arranged by her book publisher, who responded to DW's requests by saying Passoni doesn't want to talk.

Another formerly highly visible returnee, Michael "Younes” Delefortrie, also wrote a book and gave several TV interviews about his conversion to Islam and his two months in the Syrian war zone. Returning to Belgium to visit his wife in 2014, Delefortrie was arrested for being part of the outlawed radicalization and recruitment network Sharia4Belgium. He received a suspended sentence of three years and is utterly unrepentant about joining IS. Delefortrie told Euronews in an interview that the only thing he regretted about his actions was that he had ever come back to Belgium.

But El Mzairh says cases such as Delefortrie's blatant IS support are not as worrying as those who stay silent in the shadows. "They don't want us to see that they are back," he explained. "To be honest, they don't show any feeling of shame.They are more frustrated about the fact that IS and their caliphate are losing but they are [stuck] here."

Local officials are being forced to manage this situation largely on their own due to a lack of federal initiatives. Some communities have become true examples of that word: community. Among these is Vilvoorde, just north of Brussels, which saw an exodus of young people joining the IS cause.

Mayor Hans Bonte knew most of those who became radicalized and takes a personal interest in their returns. Bonte visits them in prison to make sure they understand the choices they will have upon release. "The two messages I always bring are that you can be sure after you are released that the city of Vilvoorde and the police of Vilvoorde will always follow you, not in a repressive way but you will be controlled," he said. "The second thing I say is you are a free man, you have had your punishment; we will give you all the opportunities to reintegrate in a positive way." 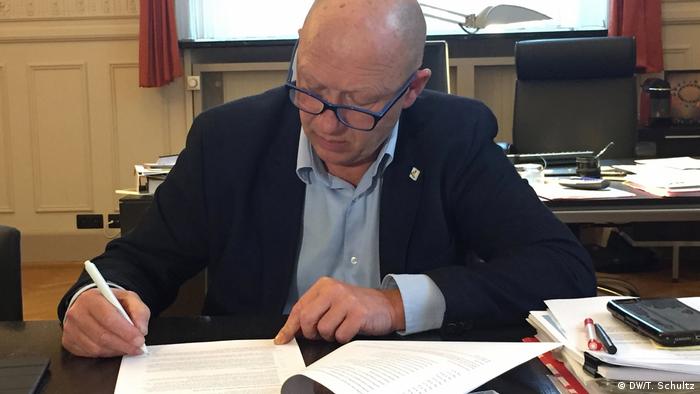 Bonte's hands-on approach is widely admired. He's proud of one case in particular — again, a person who declined DW's request to be interviewed — who has been living on his own for two years with the city's help and the community's tolerance. "We informed the employer who was ready to give him a chance after all the information [about his past life] was transferred to the employer," Bonte told DW. "The same thing on the housing side."

But not everyone finds this happily-ever-after scenario credible on a broad scale, due in part to the continuing radicalization of Belgian citizens. Pieter van Ostaeyen, one of the best-known researchers of the Belgian jihad movement, says in the social media he tracks, IS supporters are as numerous and vocal now as ever. "How strong is their influence? "Well, basically we'll only know when the next attack happens."