The fundamentalist Salafist ideology continues to draw adherents in Germany, the country's intelligence chief says. The movement is seen by authorities as a potential breeding ground for Islamic terrorism. 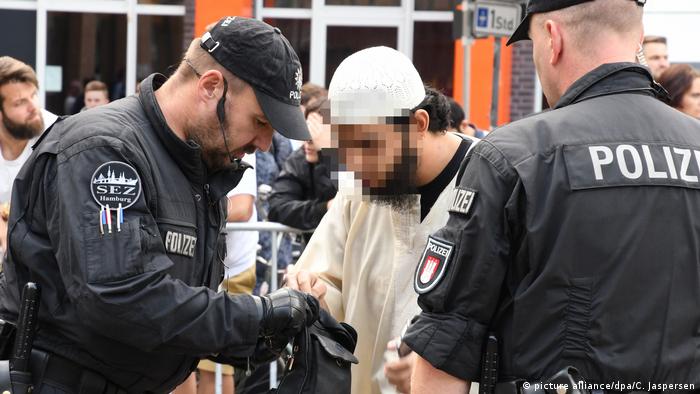 More Salafists are living in Germany than ever before, domestic intelligence chief Hans-Georg Maassen said on Sunday.

Maasen said the number of people adhering to the fundamentalist Islamic ideology had "risen to an all-time high," with the German intelligence agency BfV giving a figure of 10,800 Salafists in Germany as compared with 9,700 in December last year.

A growing "fragmentation" and drift to the private sphere of Salafism in Germany was making the scene harder to observe for authorities, Maassen said.

The BfV said the movement's recruitment drives have now more or less left the streets and mosques, and added that Salafists were instead being radicalized in small conspirative groups on the internet. The agency also pointed to the growing number of women's networks as posing a challenge for authorities, who have problems accessing them.

German Interior Minister Thomas de Maiziere last year banned as unconstitutional  a prominent recruitment campaign by the group in which passers-by were exhorted to read the Quran by banners bearing the word "Read!" ("Lies!" in German).

Maassen also said Islamists from the North Caucasus region represented a major threat to security in Germany, with some 500 extremists from republics such as Chechnya, Dagestan and Ingushetia now thought to be living in the country.

"The affinity for violence, martial arts and weaponry held by many Islamists from the North Caucasus calls for attention from German security authorities," Maassen said.

He said that many of them had combat experience, having not only fought in the wars in Chechnya but also taken part in current conflicts in Syria and Iraq.

The BfV says the focus of the North Caucasian Islamist scene is in eastern states such as Brandenburg and Berlin, but that there are also so-called hot spots in the western states of North-Rhine Westphalia, Hamburg and Bremen.