From fireman to firebrand

A German court has sentenced Salafist Sven Lau, who is accused of recruiting jihadis to fight in Syria, to five-and-a-half years in prison. Lau, who converted to Islam in his teens, is also sending money to Islamists. 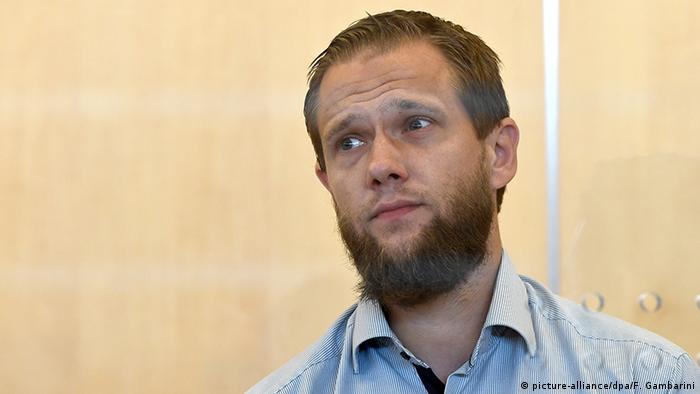 The Higher Regional Court in Düsseldorf on Wednesday sentenced Sven Lau, who is accused of helping fund and equip Islamist militants in Syria, to five-and-a-half years in prison.

German prosecutors had asked for a sentence of six-and-a-half years in prison for Lau, who has been in custody since December 2015.

Lau, who was detained in the western German city of Mönchengladbach , was found guilty of supporting the terror group Jamwa - the full name of which roughly translates as "army of emigrants and helpers" - which is active in Syria and which last year switched allegiance from the self-styled "Islamic State" (IS) to al Qaeda.

The charges against Lau went back to the year 2013, when the Islamist preacher recruited two Salafists living in Germany to join the Jamwa in Syria. He also sent money and supplied night vision equipment - worth some 1,440 euros ($1,674) - to the terrorists.

Prosecutors say Lau provided a vital connection to Jamwa from Germany while it was still linked to IS.

Jamwa is said to have carried out war crimes such as mass executions, as well as individual killings including staged beheadings and burning prisoners alive.

'Different' as a youngster

During the hearing the court heard evidence that Lau had also arranged the marriage of a fellow Islamist to a 16-year-old girl from Austria.

The 35-year-old Lau, who hailed from a Catholic family, grew up in Mönchengladbach. Schoolmates say he was a little "different" even as a teenager.

After leaving school, he became an apprentice industrial mechanic and, in 1999, was apparently converted to Islam by a Turkish colleague. Lau changed his name at that time to "Abu Adam." Until 2008 he worked as a fireman.

In Mönchengladbach, he had been the leader of the Salafist group "Invitation to Paradise." That group disbanded in 2011 in an apparent effort to forestall prohibition.

Widely seen as a leading figure in Germany's Salafist scene, Lau gained international notoriety in 2014, when he founded an organization calling itself the "Sharia Police." Members of the group patrolled streets in the western city of Wuppertal, in a bid to enforce sharia law, with regard to consumption of alcohol, gambling and listening to music, among followers of Islam.