One of Germany's most prominent Islamist preachers has been arrested on the suspicion of supporting a terrorist organization in Syria. Sven Lau is known as the leader of the so-called "Sharia Police" in Wuppertal. 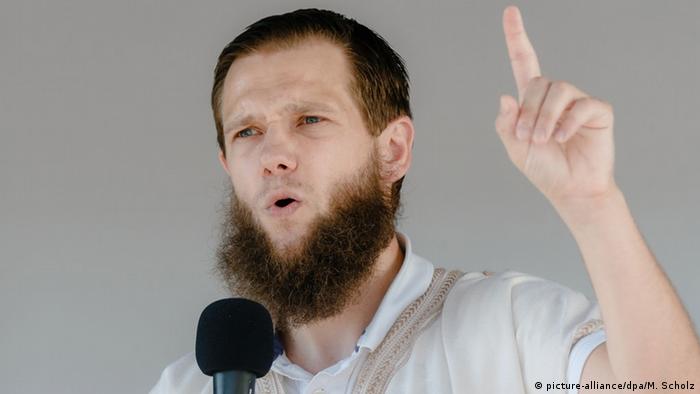 The 35-year-old Salafist preacher Sven Lau was detained on Tuesday morning in the town of Mönchengladbach in North Rhine-Westphalia, according to Spiegel Online and WDR.

The German Salafist convert is suspected of supporting the Syria-based "Jaish al-Muhajireen wal-Ansar" (JMA), which Germany lists as a terrorist organization.

The Federal Prosecutor's office suspects him of being the JMA's main contact person in Germany's Rhine region, recruiting two jihadists and supporting the terrorist organization both financially and logistically, Spiegel Online reported. Lau was thought to have bought three night vision devices for the jihadists and to have delivered 250 euros ($ 275) in cash to a jihadist fighter in Syria.

The JMA pledged allegiance to the Al-Qaeda affiliated al-Nusra Front in September. A breakaway group earlier joined the "Islamic State" (IS). According to AFP, the prosecutors charged that the wing of JMA that Sven Lau belonged to backed IS.

Sven Lau's lawyer, Mutlu Günal, has not commented on these accusations yet.

The German Salafist convert gained notoriety by acting as the leader of the self-proclaimed "Sharia Police" that patrolled the streets of the western city of Wuppertal in 2014. The men wearing orange jackets marked "Sharia Police" preached radical Islamist views, demanded nightclub revellers stop drinking alcohol and called for an end to gambling.

Last week, a court in Wuppertal ruled that the men's orange jackets did not constitute a breach of the rules on wearing uniforms. They will not be prosecuted for preaching radical Islamist views and patrolling the streets. That ruling sparked controversy in Germany.

The German Family Ministry wants to double its budget for anti-radicalization projects, particularly against Islamism. Some say it's an effort that has been neglected for too long - and could do with even more backing. (14.12.2015)

A court in the western German town of Wuppertal has ruled that men who preached radical Islamist views while wearing jackets marked 'sharia police' will not be prosecuted. The incident sparked controversy in Germany. (11.12.2015)