The German Family Ministry wants to double its budget for anti-radicalization projects, particularly against Islamism. Some say it's an effort that has been neglected for too long - and needs even more backing. 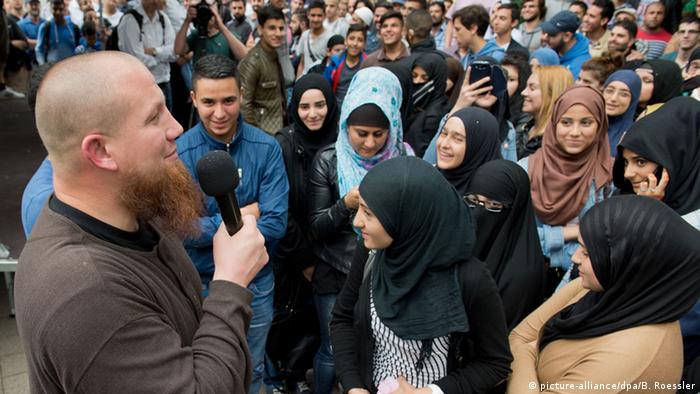 Germany's plan to send reconnaissance planes to help the bombing campaign against the jihadist group "Islamic State" in Syria is set to take 134 million euros ($147 million) out of the country's budget next year. But maybe there are cheaper, more effective and more urgent ways to combat Islamic extremists - through extremism prevention projects at home.

"We've neglected the issue of prevention for too long," one state interior minister was quoted as saying recently in news magazine "Der Spiegel." It's an opinion now suddenly being shared by many German politicians. In fact, Family and Youth Minister Manuela Schwesig would like to see the government double its budget for the federal program "Demokratie leben" ("Live Democracy") - with which prevention projects are financed - to 100 million euros.

"In the current year alone, more than 5.8 million euros have been made available for prevention methods on different levels in the area of 'Islamist extremism'," a Family Ministry spokesman told DW. "As individual projects only began in the second half of this year, the subsidy for the coming year will rise to more than 7.5 million euros." 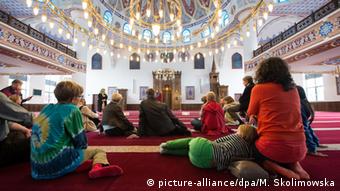 Samy Charchira, board member at the Düsseldorf-based prevention organization "Wegweiser" ("Sign Post"), welcomes the government's new initiative. "Absolutely, 'Live Democracy' has taken a very interesting turn," he told DW. "The good news is that some groups of the Muslim faith have been integrated into the approach."

The new initiative has not come a moment too soon, if you ask Charchira. Germany's most puritanical Muslim movement - known as Salafism - is growing fast, and has a wide social media reach. The Bundesverfassungsschutz (BfV) intelligence agency agrees - figures it released last week estimated that there were 1,100 potentially violent Salafists in the country. (Though it also counts nearly ten times as many violent far-right extremists.)

"I can tell you that all the advice centers have an awful lot to do," added Charchira. "For a while we had 70 or 80, up to 100 phone calls a day, though it's dropped a little because we've opened more centers." Most of these phone calls come from worried parents or teachers, occasionally even neighbors, all wanting to know how to recognize signs of radicalization and what they should do. "The first thing we have to do is verify the reports," said Charchira. "Sometimes someone calls and says, 'A student in my class has started growing a beard, and is behaving a bit strangely.' But that obviously doesn't necessarily mean anything."

After they've established that action does need to be taken, Wegweiser tries to make contact with the young person in question - always being careful not to say who reported them, so as not to give anyone the feeling that he or she has been denounced. Winning trust is vital. "You need very good, well-trained social workers," said Charchira. "People who know how the lives of young people work, who speak the language of young people."

Once trust has been established - which, according to Wegweiser's estimates, is possible more than 80 percent of the time - the organization goes about looking at how the youth in question spends their lives - who they talk to, where they go. One perhaps surprising finding is that radicalized young Muslims are rarely mosque-goers. "It's more an exception if someone gets radicalized AND goes to the mosque," he said. "They usually join other groups, and they never meet in mosques."

One cause - Everyday racism

In the "taz" newspaper, Michael Kiefer, an Islamic academic who also works for "Wegweiser," said that there is much too little research on radicalization. Nobody can really say how and why the majority of young people become radicalized. "We're really lacking the opportunity of putting all this prevention work on a scientific foundation," said Charchira.

But still, he believes that everyday racism plays a much bigger part than people suspect. "If you ask me, the significant rise in Islamophobia, paired with everyday racism, which young people have to deal with every day - looking for a flat, looking for a job, whatever - that does something to young people. It changes them, it strengthens certain attitudes," he said. "Personally I think that is an underestimated factor in the radicalization process." 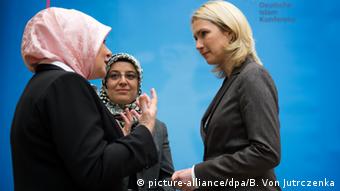 Manuela Schwesig would like to increase the anti-radicalization budget

"One of the success models for Salafist radicalization groups is that they create 'them and us' constructions - us believers, the other unbelievers - and this is massively spurred on by everyday racism," he said. "If a 14 or 15-year-old is constantly being made to feel that they don't belong, that they're not 'really' German, they find vindication in radical groups."

Amidst all this, resources are vital. The organization Ufuq (Arabic for "horizon") has been organizing workshops in Berlin schools since 2007, but it was only in February this year that it became part of "Live Democracy" - which meant that, rather than having to re-apply for funding from multiple sources, its financing was secured for five years. "A real relief," as co-founder Götz Nordbruch told the "taz."

In a typical workshop, Ufuq shows films about sharia law, the German constitution, Islamophobia and gender roles in order to trigger debates. "We give young people the space to talk about their idea of how they belong, their identity and their eligion," Nordbruch said.

One of the most prominent programs is the Violence Prevention Network (VPN), which has been working on de-radicalization and prevention among the far-right and Islamists since 2001. It currently has a total budget of some 1.95 million euros a year drawn from the federal government, state governments and the European Union. Its work is comprehensive and spread across three areas: prevention - running workshops in schools and helping to sensitize teachers and social workers to the first signs of radicalization; intervention - working with individuals who have already shown such signs; and de-radicalization - helping people who have joined radical groups (including those who have returned from fighting in Syria) to get out.

It's all vital work, and Family Ministry sources suggested to DW that they would like to see the government commit even more resources to the extremism prevention. For Charchira, this would be more than welcome. "Here in North Rhine-Westphalia, we have about one social education worker to 4,000 students, and in some states it's even fewer," he said. "That's a disaster."

A court in northern Germany has sentenced two men to a total of seven years and three months in jail for being members of a terrorist organization. The two men returned to Germany last year after several months in Syria. (07.12.2015)

Brussels' largest mosque is bankrolled by Saudi Arabia, a Salafist regime. Mosque leaders have dissociated themselves from terrorism - but are not revealing everything. Barbara Wesel reports from Brussels. (21.11.2015)