The head of Germany's federal intelligence agency, the Verfassungsschutz (BfV), has said that the number of conservative Muslims it calls Salafists has risen. But who are they, and are they as dangerous as he implies? 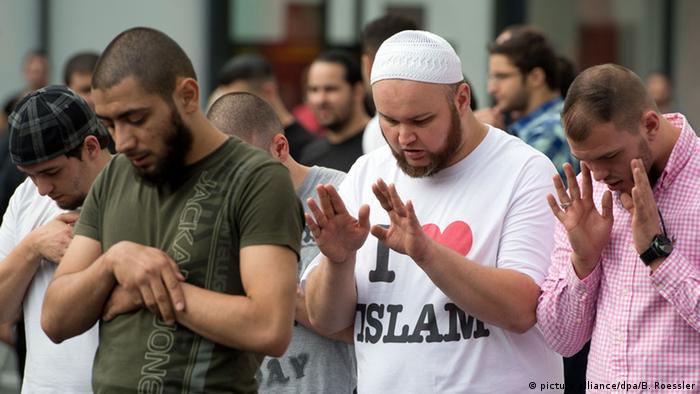 There are now some 7,900 Salafists living in Germany, Hans-Georg Maassen, the head of Germany's federal intelligence agency, the Verfassungsschutz (BfV), told Berlin's "Der Tagesspiegel" on Thursday. This, he said, represents "a new high-point."

But the agency's definition of a Salafist remains somewhat nebulous. According to the BfV's website, the term (based on the Arabic word "salaf," or ancestor, referring to the first three generations of Muslims that began with the prophet Mohammed) is an umbrella term for an "Islamist ideology formed by Wahhabism, which orientates itself by the ideas of the first Muslims and the early Islamic times." The word Wahhabism, in turn, comes from the 18th century Arab scholar Muhammad Ibn Abdalwahhab, whose purist ideas went on to determine the political regime of Saudi Arabia. 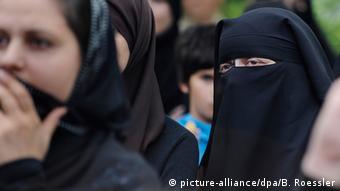 Salafism is an 'Islamist ideology formed by Wahhabism'

But there no organizations and few Muslims in Germany who would identify themselves as "Salafist." "They might call themselves Salafia, the Arabic word, though a young Muslim wouldn't say Salafist, because it is seen as a combative word," said Aylin Yavas of Ufuq, a pedagogical NGO that works to counter political extremism among young Muslims in Berlin.

Salafists do, however, remain a highly visible presence in the German media. In 2011, a group calling itself "Die wahre Religion" ("the true religion"), which the BfV identifies as Salafist, launched an initiative called "Read!" that aimed to distribute 25 million Korans across Germany, Austria, and Switzerland. (Die wahre Religion did not respond to a request for comment on Friday.)

Is an Islamist a Salafist, and vice versa?

In its annual report for 2014, the BfV came to the conclusion that there were 43,890 people in Germany with "Islamist potential." The agency broke this figure down into twelve organizations (none of which have the word "Salafist" or "Salafia" in the name) and one separate category entitled "Salafist aspirations," to which the BfV put an estimate of 7,000 (the figure that Maassen on Thursday revised to 7,900).

Minorities rights activists in Pakistan have declared a 10-day-long campaign in support of the country’s Ahmadi minority, after recent attacks on a factory owned by a member of the religious minority and a mosque. (02.12.2015)

France's interior minister has said a mosque suspected of having ties with radical Islamists was shut down. It is the third mosque to have been closed since the terror attacks in November. (02.12.2015)

In other words, by the BfV's own estimate about 36,000 of the 43,890 potential Islamists in Germany are not Salafists at all - although they could be, since the BfV does not rule out that some Salafists belong to other groups (in which case they would be counted twice on the table).

The BfV's list of Islamist groups includes both illegal organizations that obviously have a violent terrorist agenda ("Islamic State," al Qaeda, and al Nusra - for which the BfV says it has "no certain figures" on German membership) and legal organizations such as Milli Görüs (IGMG), a Turkish diaspora organization that is represented on Germany's Islamic Council and has some 31,000 members (in a footnote, the BfV adds that "not all members/supporters of IGMG follow or support Islamist goals.")

While Salafists are undoubtedly ultra-conservative Muslims, they do not all have proselytizing ambitions - let alone represent a security threat. "It's one current of Islam, on the Islamist spectrum, but they are not all prepared to commit violence, though that is often the way they are represented in the media - that all Salafists are terrorists and jihadists," Ufuq's Yavas told DW.

'Violent, but not necessarily jihadis'

"We make a distinction between the purist Salafists, who live out their ideology for themselves, and who romanticize it a little, then there are the missionary Salafists - such as the 'Read!' campaign, who officially reject violence," she added. "Then the third group are the ones that are prepared to carry out violence - but not even all of those are necessarily jihadists. They might join violent protests, but would not carry out terrorist attacks."

"It's a relatively small scene - both the violent and the non-violent Salafists - but they do have a big reach, at least on social media," she added. And even though the missionary Salafists such as "Die wahre Religion" do reject violence, Yavas does believe that some of its members traveled to Syria to fight for one side or another.

The BfV does not keep official statistics distinguishing between violent and non-violent Salafists, on the grounds, it says, that the boundaries are often very fluid, and the potential for radicalization is always present. Although it acknowledges that not all Salafists are jihadists, the intelligence agency claims that all jihadists it knows of are also Salafists. 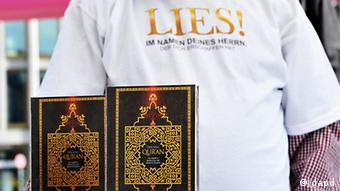 Nor is it easy to identify Salafists, even though they are very conspicuous, since their traditionalist belief dictates that their dress resembles that of early 7th century Muslims - a qamis (a loose tunic or gown that ends above the ankle), plus a skull-cap and a moustache-less beard. "But a lot of young Muslim men wear that, even if they're not Salafist," said Yavas.

In his "Tagesspiegel" interview, Maassen also warned that Salafists have begun "trying to win new followers in the areas around refugee homes." In response, Yavas acknowledged that while this is happening, such images mean that many non-Salafist Muslims who are volunteering at refugee shelters are being discriminated against.

"I met a young man in a workshop we did in a classroom who had volunteered to help refugees, and the next day he read in the paper this story about Salafists recruiting in refugee homes," she said. "He took that personally, and got the feeling that if Muslims volunteer to help refugees, they get stamped as Salafists who are only there to recruit people."