Children of Dutch Islamic State fighters could pose a threat at home, a new report has suggested. The secret service has recommended treating them as "jihadi travelers" because they may have received battle training. 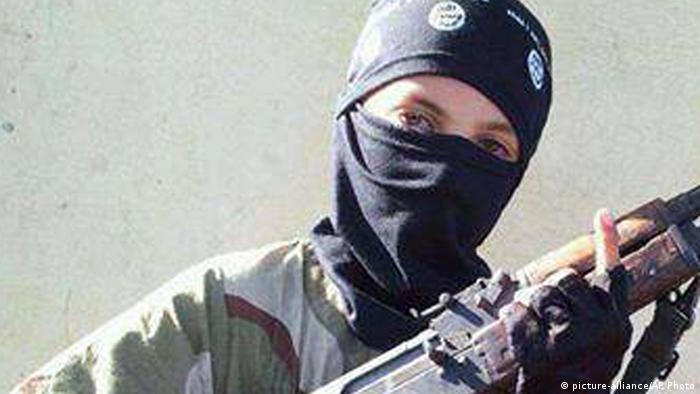 Dutch secret service (AIVD) warned on Wednesday that not just so-called "Islamic State" (IS) fighters returning home to the Netherlands could pose a danger to the country but also their children.

Rob Bertholee, chairman of AIVD, told a Dutch television broadcaster that many of these children could have been trained to fight.

"Boys can attend training camps from the age of nine," he said, adding that children of that age "or even younger" had likely been involved in attacks and executions. "Children in the IS area have lost their innocence due to all the violence," Bertholee added.

As the "Islamic State" loses more territory to international troops and living conditions deteriorate, more of the group's militants are expected to return to their native countries, AIVD wrote in a report published on Wednesday.

According to AIVD, roughly 270 Dutch nationals are currently living in Syria or Iraq as members of the "Islamic State," about 80 of those people are children. Many of the children have been born in the "Islamic State's" self-proclaimed caliphate.

Overall, thousands of foreigners are currently fighting for IS in Syria or Iraq. The Soufan Group think tank estimated that roughly 30,000 foreigners had joined "IS" by late 2015, about 5,000 of them western Europeans.

The AIVD report stated that current "IS" returnees likely pose a greater danger than earlier returnees because they have spent more time in war territory and are expected to have more battle training and to have developed networks of like-minded extremists. At least some of the returning adults and children are expected to be traumatized or desensitized.

"Children as well as adults may have participated in the fighting or in other acts of violence," the AIVD report said. "It is possible that these experiences lower the threshold for the use of violence and can result in trauma."

The Dutch secret service said it will be treating Dutch children from conflict zones in Iraq and Syria as "jihadi travelers," arguing that they may have received military training.

This indicates that the Netherlands could tighten security measures. So far, Dutch authorities have routinely detained adult returnees from Syria if they are suspected of extremist links, but those measures have not been extended to children.