Children of ′Islamic State′ struggle to integrate in Germany | Germany | News and in-depth reporting from Berlin and beyond | DW | 09.01.2018

With the "Islamic State" on the verge of total defeat in Syria and Iraq, authorities in Germany are debating how to deal with returnees from the terrorist militia. Many of them are children who know nothing but war. 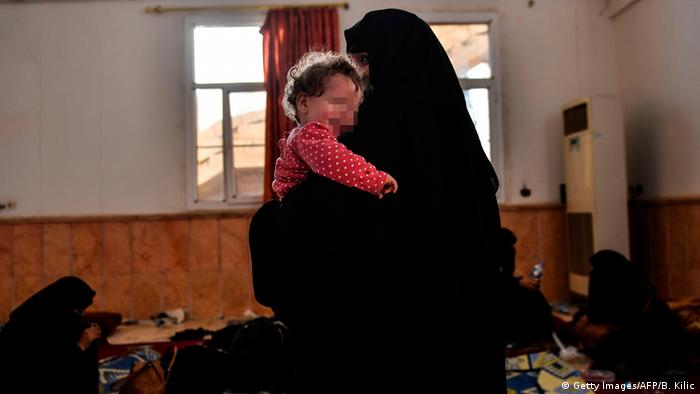 Many women who left Germany to join the so-called Islamic State (IS) married fighters from the terrorist militia and had children. Some were pregnant when they traveled to Iraq or Syria or brought older children along with them.

Now the German public has urged that those who return have their children taken away. But it's not that simple, according to Nora Fritzsche, who specializes in preventing radicalization at the Working Group for the Protection of Children and Youths (AJS) in the western state of North Rhine-Westphalia. "There must be a concrete threat to the child," she said, adding that it's not enough to say the parents are Islamists. "We look at the best interests of the child, not at the parents' beliefs."

Youth aid is in a bind, said Fritzsche. Youth workers often see children grow up in poor conditions, but "state institutions don't have the right to guarantee the best sponsorship of every child, nor even simply a good upbringing." Before youth welfare services remove a child from a family, they explore other options like family counseling and assistance — and only if the families agree.

Parental delinquency doesn't necessarily mean the child's well-being is endangered. Currently, German courts seem to believe that women who lived with IS cannot necessarily be charged with membership in a terrorist group. Unlike the men, they do not make a pledge of allegiance.

The Federal Prosecutor's office, however, would like to take a tougher stance on these women, arguing they strengthen the terrorist militia from within as wives of IS militants and mothers who raise their kids in line with the group's ideology. The Federal Prosecutor failed once with this position at the Federal Supreme Court. Should that change, it would significantly influence the assessment of a child's well-being.

More than 960 people, about 200 of them women, have left Germany since 2012 to join IS in Iraq and Syria, according to the German government. A third have returned, the government says, and that includes about 50 women.

Experts believe that almost every female returnee has at least one child. In response to a parliamentary request, the government says it expects "a low three-digit number of child returnees, most of them babies and toddlers." The actual actual number is not known because Germany's domestic security agency, The Federal Office for the Protection of the Constitution (BfV), is prohibited from collecting data on children under 14 years old, and it is unclear how many children the women had during their stay abroad.

Children never had a choice

Just last month, Hans-Georg Maassen, the head of the BfV, warned of children and adolescents who were socialized and indoctrinated by radical terrorist groups and are returning to Germany from war zones. Some of them, Maassen said, were "brainwashed" in IS schools and are highly radicalized. IS propaganda promotes children as "a new generation of IS fighters, portrayed as ruthless and violent," he said, adding they might be dangerous upon their return and grow up as second-generation jihadists. 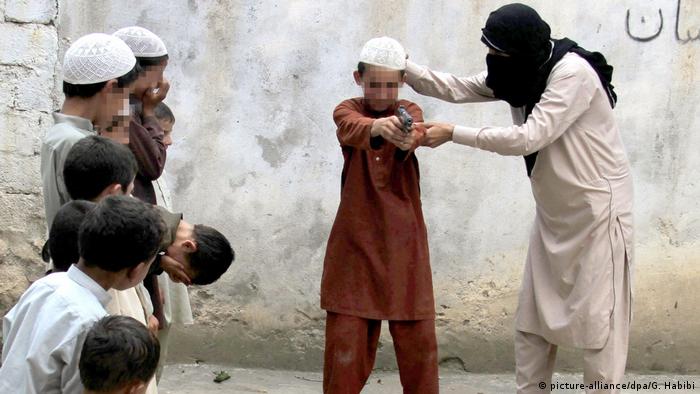 Thomas Mücke, of the Violence Prevention Network (VPN), disagrees, at least where children are concerned. "I don't think children are really radicalized," he said. "They can accept an ideology but they can't internalize it as it is superimposed."

The children are victims, Mücke argued, adding what is most important is that they can grow up in a healthy environment and have fixtures like their German family and their kindergarten or school. They stand a better chance of leaving their past behind them to a certain point if they grow up in a social environment that doesn't work along an ideology, Mücke said. He also believes it is important the children see a therapist because as a rule they are traumatized by what they experienced.

Society plays a role in how these children develop, Mücke said. "It's certainly not helpful to portray these kids as monsters" with the potential of starting new radical group, he warned. After all, the children never had a choice.