The Iraqi premier has announced the defeat of "Islamic State" (IS) after months of fighting to uproot the militant group. But European authorities have warned that its ideology still remains a threat to global security. 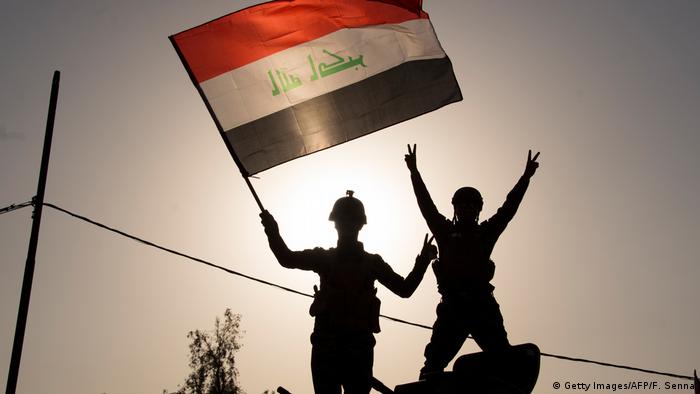 Iraqi Prime Minister Haider al-Abadi on Saturday announced the "end of the war" against the "Islamic State" (IS) militant group, saying Iraqi security forces regained control of the border with Syria.

"Our forces are in complete control of the Iraqi-Syrian border and I therefore announce the end of the war against Daesh," Abadi said during a press conference in Baghdad, referring to the militant group by its Arabic acronym.

"Our enemy wanted to kill our civilization, but we have won through our unity and our determination. We have triumphed in little time."

"Iraq's flag is today fluttering all over the Iraqi lands and atop the farthest border outpost," Abadi said in a televised address to the nation. 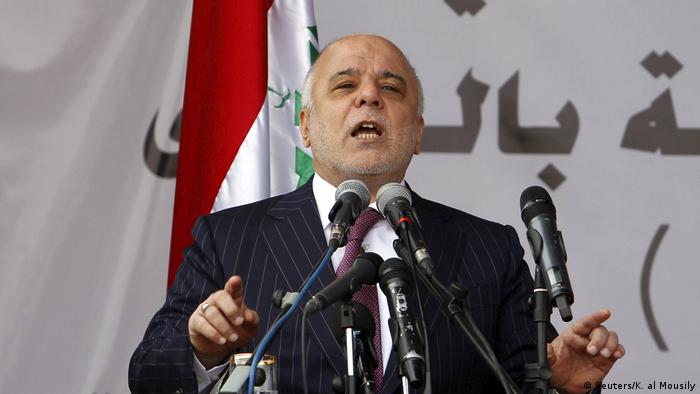 The United States hailed the end of IS' "vile occupation" of Iraq, but warned the militant group still posed a threat.

"The Iraqi announcement signals the last remnants of ISIS' self-proclaimed 'caliphate' in Iraq have been erased and the people living in those areas have been freed from ISIS' brutal control," State Department spokeswoman Heather Nauert said, referring to the group by an alternative acronym.

"The United States joins the Government of Iraq in stressing that Iraq's liberation does not mean the fight against terrorism, and even against ISIS, in Iraq is over," Nauert added in a statement.

Abu Mahdi al-Mohandis, the number two in the Hashed al-Shaabi paramilitary force that has fought alongside the Iraqi army against IS, also believes IS was defeated but not eliminated.

"It [IS] is still present in some places and its members are trying to infiltrate civilians and villages. IS has changed its method," al-Mohandis said.

Rise of the 'caliphate'

IS rose to notoriety in 2014, when it captured large swathes of territory in Iraq and Syria, culminating in the sacking and occupation of Mosul.

In June that year, Abu Bakr al-Baghdadi, the militant group's leader, announced the creation of a so-called caliphate from a historic mosque in Mosul.

Shortly afterward, the militant group launched terrorist attacks across the globe, striking European capitals such as Berlin, Paris and Brussels while recruiting sympathizers to join their cause in the region and abroad.

Over the past year, a US-led coalition against IS dubbed Operation Inherent Resolve has helped partners in Iraq and Syria, including the Iraqi military and Kurdish-led forces, to uproot the militant group from its stronghold.

Earlier this year, Iraqi-led forces backed by Shiite militias and Kurdish forces, ousted the group from Mosul, while in Syria, an alliance of Kurdish and Arab militias drove IS from its de facto capital, Raqqa.

"In conjunction with partner forces, [the coalition] defeats ISIS in designated areas of Iraq and Syria and sets conditions for follow-on operations to increase regional stability," the coalition said in a tweet on Saturday.

Despite a series of major victories against IS in the Middle East, European authorities have warned that the group still presents a threat to security in the EU and the West.

In October, the head of Germany's Office for the Protection of the Constitution (BfV), the country's domestic intelligence agency, warned of the threats posed by foreign fighters as well as "children, socialized by Islamists ... returning to Germany from a war zone."

Europe can expect IS and those inspired by its jihadist ideology to continue attempts at carrying out terror attacks on European soil, according to Europol's EU Terrorism Situation and Trend Report published in 2017.