EU adopts wait-and-see stance as European IS followers face execution | Europe | News and current affairs from around the continent | DW | 26.03.2018

Dreams of living in an Islamic caliphate or dying as martyrs dashed, many ex-jihadi fighters from Europe now face the death penalty. Will the EU campaign to save citizens who reject its values? DW's Teri Schultz reports. 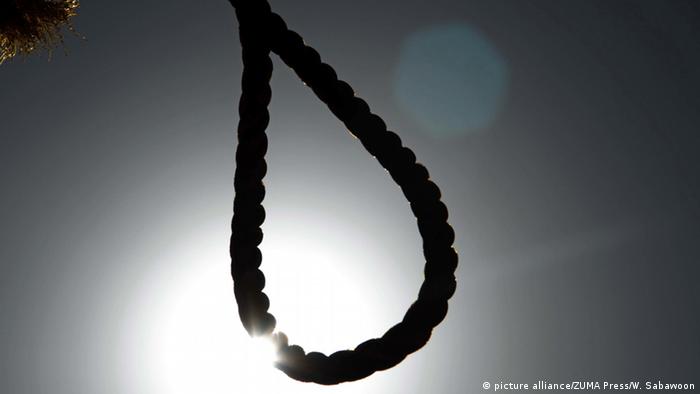 "Kill lists" didn't eradicate them on the battlefield and local judicial systems won't resolve the dilemma created for the European Union by citizens who joined Islamic State and now are detained by the Iraqi government or Syrian militia groups. Most EU governments, some of which openly admit targeting their nationals with airstrikes, have no intention of bringing home almost anyone over the age of 10.

Having helped the Iraqi government push IS out of its territory, many EU leaders are relieved to hand over responsibility for holding and prosecuting the jihadis and their followers to the Iraqi judicial system. But Iraq says the death penalty is a likely sentence for those found to have been active fighters or even in key support roles. Vocal against capital punishment everywhere else in the world — even when former Iraqi strongman Saddam Hussein was sentenced to die — the EU has been virtually silent on its own citizens' fates.

Pieter van Ostaeyen, a Belgian expert on jihad movements, elaborated on the EU's dilemma regarding the detainees. "Are we outsourcing their executions to Iraq? That's a moral issue," he told DW. "But then of course we have to face the fact that these guys who have been captured and would return do have to fit in again in our society and what are we going to do with them?"

Belgian Foreign Minister Didier Reynders told DW his government will react if and when its citizens begin receiving death sentences.

"We are very active in trying to have abolition of the death penalty everywhere in the world," Reynders emphasized. "Of course we will let justice in Iraq — and maybe later if it's possible to have justice in Syria — do their job."

He insisted, however, that "in the end we will ask" authorities not to execute any of the convicted.

One German woman has in fact already been sentenced to hang by an Iraqi court for "offering logistic support and helping the terrorist group to carry out criminal acts," and "taking part in attacks against security forces." She admitted traveling to IS territory and marrying off her two daughters to IS fighters. While her case can be appealed, there's no obvious protest movement on her behalf.

In Syria the situation is much more complicated. Different factions in northern Syria are running detention camps and while some Kurdish groups have held basic trials, they don't have the long-term means to effectively secure the hardcore fighters nor to sustain the families and other followers who have also been rounded up. 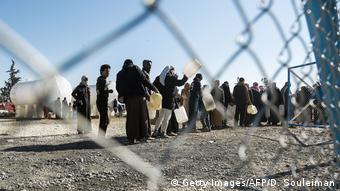 Some of the Kurdish actors — along with their US backers — are pressing EU governments to take back their citizens.

"It's a very uncomfortable situation for European governments," explained terrorism researcher Thomas Renard of the Egmont Institute. "There is this fear that at some point the Kurds will increase the pressure" and use the prisoners as leverage for a political goal, will simply liberate them or will send them somewhere else, potentially home.

But Renard also mentioned a dilemma the EU causes itself by subcontracting the justice process: sentences that are too light. He explained that a French woman was convicted in Iraq for terrorism offenses, but sentenced to only a few months of prison and then freed to return to Europe.

Renard notes she cannot be prosecuted again because she has already paid for her crime. "It's a challenge for the European authorities," he said. "If we decide to let the Iraqi authorities in the lead then ... we should also recognize and accept the sentences that will be decided which in some cases may not please us." He added that there are only "least worst options" to be considered here, not "good" ones.

German diplomats reportedly have intervened with Baghdad in the case of German teenager Linda W., who has been sentenced to prison in Iraq for being an "Islamic State bride" but at age 17, is too young for Iraq's death penalty. She says she wants to come home. Most governments are putting in place policies to bring back children — but primarily those under 10 who have less indoctrination and a better chance of reintegration.

Two Belgian women also are begging for repatriation. Convicted of IS collaboration in absentia in an Antwerp court earlier this month, a Belgian journalist found them in a Syrian detention camp where they pleaded to serve those sentences in Belgium, so that their children can go to school. Belgian Justice Minister Koen Geens' office did not respond to repeated requests for comment on how this case will be handled.

Human Rights Watch's Nadim Houry is challenging the EU to seize this opportunity to promote its decades-long campaign to abolish the death penalty. "This is a key moment for the European Union," he told DW. "Avoiding this topic now with Iraq would send a dangerous message about their goals and would set back the effort to abolish the death penalty in different parts of the world."

Houry said the people who are really being forgotten in this debate are the victims of IS' terrorist attacks. Ensuring a fair judicial process and punishment without execution is essential, Houry said, "not just for suspects' rights but also for justice for the victims and reconciliation in parts of Iraq." He urged Europe to ensure that the justice component is not completely neglected, "which right now," Houry underscored, "it is."