Families of former "Islamic State" (IS) militants are stranded in Syrian detention camps. The Belgian government wants to keep them there, but as Teri Schultz reports, a Belgian court has ruled that's not acceptable. 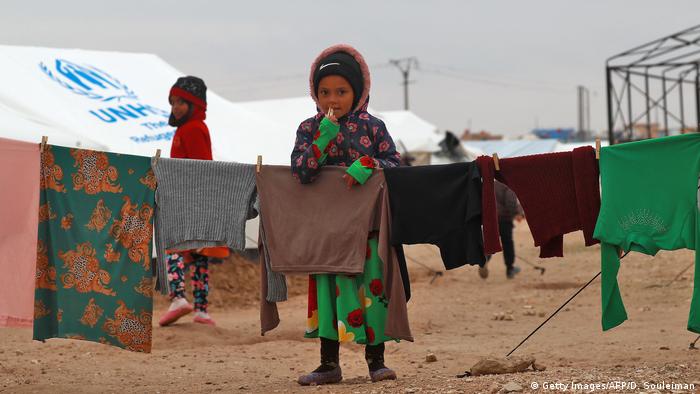 Heidi De Pauw never expected to get death threats in her job as an advocate for disadvantaged children. Then last summer the organization Child Focus, whose Belgian office she leads, started campaigning to bring to Belgium the children of citizens who'd left to fight for IS in Syria and Iraq.

De Pauw's inbox and social media feeds began overflowing with hate: Violent images, cruel statements saying the kids should instead be "drowned like kittens," pledges to kill her personally for her stance. Some of these messages are openly visible on her Twitter feed.

"I couldn't understand that because I'm just defending children's rights," De Pauw told DW, explaining that there are 18 positively identified Belgian children, mostly with their mothers but also at least one orphan, in camps run by Kurdish militias in Syria. "I mean we can discuss the mothers who took a decision at a certain point in their lives to go join IS. But I see children — most of them are not even six-years old. So it was very difficult for me." 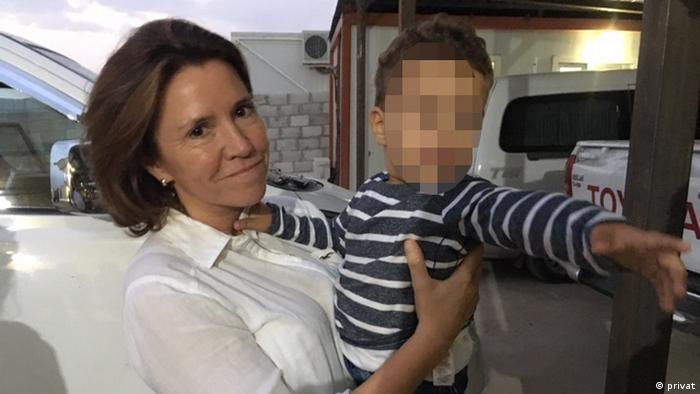 "You start to doubt humanity," she said.

De Pauw traveled to the camps in northern Syria in October with Belgian journalist Rudi Vranckx, a reporter with Belgium's VRT television who made a series of documentaries about the families' situation. She said it was heartbreaking when she visited to give them the first book they had ever seen, to see they had no idea how to play, to hear that meager food rations were getting cut as the Kurdish militias said they needed to preserve supplies to go back to war with Turkey. The children are not healthy in any way, she said.

De Pauw said she sensed that public opinion changed after Belgians saw the images of the deteriorating conditions for the children and how very young they were. "That was a game changer," she said, albeit only a temporary one.

The Belgian government had already decided that children of IS fighters under age 10 would be allowed to come to Belgium, but it hadn't made a concerted effort to do so. There was a reluctance to accept the mothers too, in addition to the complexities of dealing with the US-backed Kurdish militias which don't have official diplomatic standing or authority to issue travel documents to children without any official identification. There are no consular relations with the Syrian government either, though Kurdish groups are threatening to turn over their detainees to that regime.

But in late December a court ruled in favor of two Belgian women, Bouchra Abouallal and Tatiana Wielandt, who are being held in the Al-Hol refugee camp in Syria with their six children. The Flemish-speaking Court of First Instance in Brussels overturned a lower court's ruling and said the women, whose husbands both died fighting for IS, must be repatriated with their children. Failure to do so within 40 days, so by the end of January, would result in a fine of €5,000 ($5,700) per child, per day. While this order applies only to these two families, De Pauw said the government plans to bring all 18 located children to Belgium.

De Pauw said the hate mail has piled up again after her public praise of the decision to take in the children — which is the only part of the ruling Brussels has accepted. Asylum Minister Maggie de Block has suggested the government may appeal the ruling because it is not willing to repatriate Abouallal and Wielandt.

In response to a request for clarification, a spokeswoman for Belgian Justice Minister Koen Geens said in an email that she could not comment on ongoing court proceedings. She did confirm that documents for two young Belgian girls in Turkey, where their IS-supporting mother Amina Ghezzal has been convicted and imprisoned, are being prepared so that they may come and live with relatives.

Thomas Renard, a counter-terrorism expert with Belgium's Egmont Institute who specializes in foreign fighters, thinks Belgians opposed to bringing back the detained families are short-sighted. Renard discounts the minimal security threat the once-radicalized women might pose to society compared with the alternative of leaving them in Syria, where security gets dicier by the day.

"Kurdish authorities are essentially asking the Belgian authorities to take these citizens back," Renard explained, and "there is an increased risk...that they will simply let them go."

What could happen then, Renard said, is anyone's guess. They could be abducted and co-opted by remnants of IS or another terrorist organization. Feeling abandoned by their country of origin, he suggested, the children could grow up with a real hatred of the country that refused to give them an identity. "These are individuals that internationally and legally do not exist. So no fingerprints, no facial recognition, no recorded name, and that is an additional security risk that we have to take into account." 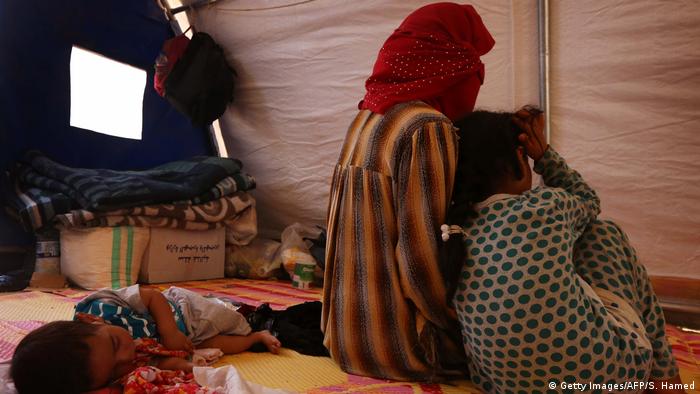 It's a real challenge and concern, Renard said, that years from now, "some of these children reappear but are completely out of the system." Therefore, he added, some experts argue that "it's better to bring these women and children back while we can rather than lose track of them."

Heidi de Pauw is more worried about actually losing them. One Belgian child has already died due to the poor conditions in the camp, she said, and another is desperately sick and needs urgent advanced medical care.

"We're talking about children who are, for me, innocent. They cannot be held responsible for terrible mistakes and terrible things that their parents did."