Thousands of Syrian newborns in Lebanon run the risk of being citizens of nowhere due to Kafkaesque bureaucracy. One family decided to take matters into their own hands and are moving to Belgium. Anchal Vohra reports. 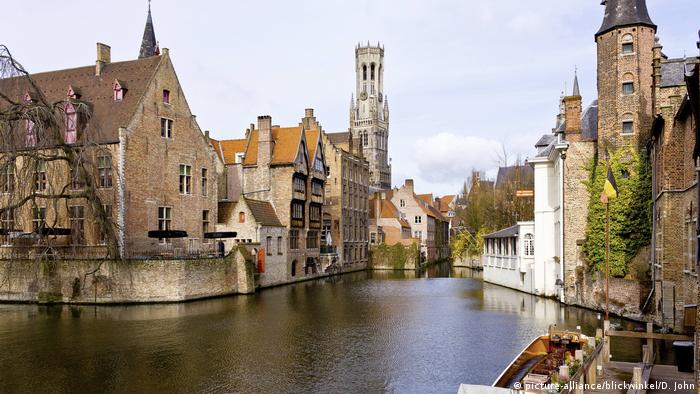 Swaying her six-month old son back and forth in her arms, Lilan* is singing a lullaby to relax the crying infant.

Amal and her husband Hassan* are celebrating their upcoming move to Belgium. A Syrian mother, she gave birth to their son Omar* in Lebanon last July but could not register him with the Lebanese authorities because both Lilan and Hassan are staying illegally in Beirut.

"At least one of us should be legal to register our baby in Lebanon," she told DW.

Hassan fled Damascus in 2014 to dodge compulsory draft and Lilan, in love with Hassan since college, followed him a year later. The couple married in Beirut in 2015 and just a week ago, were granted asylum by Belgium.

"We were so worried earlier about what nationality Omar would be. A Syrian or Lebanese or nothing?" she recalls.

Fearing repatriation to Syria, Hassan did not dare go to the Lebanese authorities to register. Lilan managed to procure all the necessary papers and visited the general security office in Beirut seeking legalization, but she was shown the door. She accuses Lebanon of systematic discrimination against the Syrians.

"They said if you stay here you will take jobs which belong to the Lebanese, so go back to Syria."

Mike Bruce, Information Adviser at the Norwegian Refugee Council (NRC) in Beirut, told DW that a recent change in the law allows for unregistered families to register their babies within the first 12 months but a Kafkaesque process continues to hinder them.

The unregistered parents don't have residency rights, without which they can't move around freely. They live with the constant fear of being arrested or thrown out of the country. As a result these families feel reluctant to document the birth of their newborns.

"Even if the regulations permit them to register," says Bruce, "physically going to do so is a major barrier."

These conditions effectively impose a state of statelessness on thousands of babies born outside of Syria over the last seven years of the Syrian war. Surveys by the UN's refugee agency, UNHCR, and the NRC suggest the number of unregistered children in Lebanon to be as high as 50,000. Factor in the millions of refugees in Jordan, Turkey and Iraq and the number of affected children is likely to be even higher.

Bruce highlights the problems such children face. "When a person's birth goes unregistered, it makes it more difficult to seek international protection, to access basic services and increases the risk of statelessness."

Half of Syria's 22 million people have been uprooted by the war. Five million took refuge in the neighboring countries and 1 out of 5 sought shelter in Lebanon. With more refugees per capita than any other nation in the world, Lebanon is not particularly excited about offering citizenship to Syrians.

The country's economy is fragile as it combats high inflation, price hikes and unemployment. At the same time, the delicate sectarian balance is tilting in favor of Sunni Muslims — most Syrians in Lebanon are Sunnis. Political power in Lebanon is shared between Christians and Sunni and Shiite Muslims — a shift in one direction or the other can jeopardize the arrangement.

The Lebanese also carry a historical baggage. In 1948, after Israel's take-over of the Palestinian lands, thousands of Palestinians made their way to Lebanon and stayed. Now, the Lebanese are worried that granting residency rights to Syrians could make it attractive for them to stay and not return to their home land.

A state lost, a new one gained

Lilan and Hassan are thrilled about their move to Belgium. They both prefer a European nation over Syria or Lebanon for Omar.

Hassan is disappointed in the regime and the rebels for turning his country into a bombed-out carcass of its former self. He and others say they have witnessed their country go through an annihilating war which ceased to be about the Syrians a long time ago.

Lilian doesn't long for Syria either, though her issues are related to her gender and societal pressure that came with it. A Kurd, she comes from a part of Salamiyeh city which is dominated by the Kurdish Syrians. Falling in love with an Arab meant she was ostracized. Some of her family members, like her brother, have cut off ties with Lilan for daring to choose her Hassan.

Now she feels that her past experiences have prepared her for the cultural shift in Belgium.

"During the war, the Syrians and the Lebanese thought I was pro 'Islamic State' because I wore a hijab. Now I wear a turban which looks like a cap, this will work in Belgium too," she says with a smile.

Lilan has heard the stories of Syrians involved in criminal acts or the racism they encounter in Europe, but she isn't concerned. She works as a conversation partner for Westerners learning Arabic and has been giving lessons via Skype to Americans, Germans, French and Canadians.

"They are good people, very kind," says Lilan, dismissing the suggestion that her family will face problems or her son may have to fight a longer battle for acceptance in a new state.

"Every country has its problems. It is better to have a state with functioning schools."

Students across Europe are heading back to school, but some will be studying twice as hard. Teenage Ukrainian refugees are following the curriculum of their host countries, and continuing their Ukrainian studies online. DW's Teri Schultz met one of them in Belgium.

How Uganda plans to contain a new Ebola outbreak