'Islamic State' kidnaps dozens of women and children in Syria

Dozens of Druze women and children in Southern Syria were abducted when their villages were attacked by IS. Several men from the area are unaccounted for, but it is not yet clear whether they have been kidnapped. 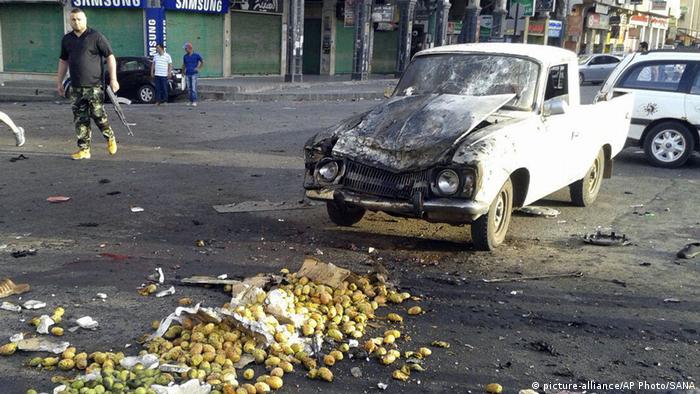 At least 36 women and children were taken captive in by the so-called "Islamic State" (IS) when the militant group attacked their villages in the southern province of Sweida, the Syrian Observatory for Human Rights said on Monday.

The Britain-based monitor, which has a network of sources inside Syria, said the abductions took place on Wednesday during a massive assault by IS that left more than 200 people dead.

"Twenty women and 16 children were kidnapped by 'Islamic State' on July 25. Four of them managed to flee to Druze areas, two others died and 30 are still in captivity," Rami Abdel-Rahman, the head of the Observatory, said.

He told French news agency AFP that another 17 men from IS target areas were still unaccounted for, but it was unclear if they have been abducted. IS has not claimed responsibility for the kidnappings and there are no details regarding them on its propaganda channels.

IS, which declared a self-styled "caliphate" in 2014 across Syria and Iraq, still holds small isolated areas of Syria's remote desert. That includes parts of Sweida and pockets in the neighboring province of Daraa.

Sweida is mostly held by the Syrian government and is home to the secretive Druze minority. The province has been relatively insulated from Syria's seven-year civil war. Last week's attacks were the bloodiest ever seen in the province, as well as some of the deadliest waged by IS in Syria.

German police have arrested a woman suspected of having worked for the so-called "Islamic State" while living with the jihadi group in Syria. Another former IS fighter from Germany faces fresh murder charges. (27.07.2018)

Is the UK no longer opposed to the death penalty?

The British government's suggestion that it won't block the possible death penalty for two Islamic State fighters if they're tried in the US has sparked outrage. Is the UK really condoning the use of capital punishment? (24.07.2018)