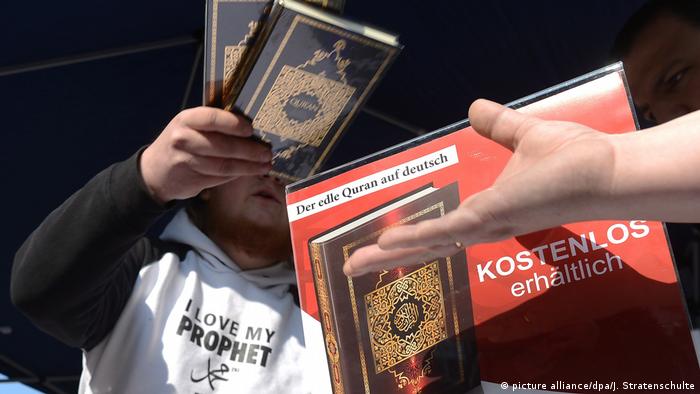 A new prototype project was launched in Germany on Wednesday, aimed at counseling parents who are concerned their children may be flirting with extremism. The Turkish Community in Germany (TGD) non-profit established the service primarily for Turkish and Arabic-speaking parents, but said that German native speakers would be able to receive help as well.

The service is called "emel," a play on the word email and a Turkish given name. Parents will be able to receive help either via email or by making an appointment for a live chat.

Funded partly by the European Union and Germany's Ministry for Families, counseling is set to be available through at least the end of 2019, although founders hope they will receive the budget to continue the service indefinitely.

For years, German authorities have warned about an uptick of young people in Germany becoming radicalized online. Between 2013 and 2017, the number of people considered extreme Islamists in Germany rose from 100 to at least 1,600, and an average of around four credible tips about planned terrorist activities are received on a daily basis.

At the same time, far-right extremism is also on the rise. Germany has seen at least one xenophobic attack in 2019, when a man purposely drove a car into pedestrians in the city of Bottrop, injuring eight people in an attack targeting foreigners.

The Bundeswehr has identified 89 far-right extremists and 24 Islamists, a German media group reported. The number of extremists has fallen sharply since Germany abolished compulsory military service in 2011. (26.05.2018)