Germany′s terrorism watch list: What you need to know | Germany | News and in-depth reporting from Berlin and beyond | DW | 13.12.2018

The suspected Strasbourg attacker was named on a French high-security watch list. German authorities, in turn, keep tabs on hundreds of potential terrorists — who are they and what are authorities doing about them? 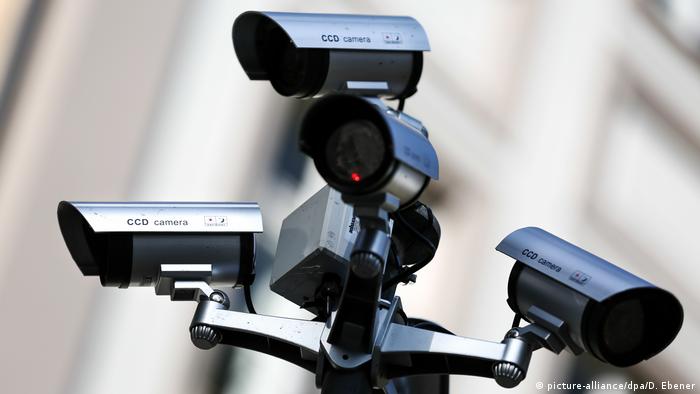 What is a 'potential terrorist'?

A potential terrorist (referred to in German as "Gefährder," lit. "endangerer") is someone who could pose a threat to public safety as certain "facts justify the assumption that he or she may commit a severe crime." Such assumptions are primarily based on insights generated by Germany's intelligence services or police state security departments.

Individuals who pose a potential threat may not be jailed unless they are convicted of an actual crime. German security and criminal law stipulates that a person may only be jailed for his or her criminal deeds, not for harboring certain beliefs or posing a potential threat.

Being a member of a terrorist organization, meanwhile, counts as a crime. As does "preparing or helping commit a serious crime that threatens the state."

How many people are considered potential terrorists?

The French high-security "Fiche-S" watch list names about 26,000 individuals (not all of them Islamist extremists) who pose a potential threat to the state. It is much easier to end up on the French watch list than on the German equivalent, which applies stricter criteria.

According to a report by Germany's Federal Criminal Police Office, police and intelligence services regard 774 radical Islamists as potential terrorists. Of these, 450 individuals currently reside in Germany. The others have left the country.

German authorities are also keeping an eye on potential terrorists without Islamist tendencies. In early 2018, the Federal Criminal Police Office reported that it knew of 26 far-right extremists and of two far-left radicals who could pose a danger to public safety.

The number of potential Islamist terrorists, meanwhile, has risen sharply in recent years. In 2010, authorities counted only 127 Muslim extremists as posing a potential threat.

What kind of potential Islamist terrorists are there?

The latest report by Germany's Office for the Protection of the Constitution published in summer 2018 identified three distinct groups of potential Islamist terrorists: On the one hand, lone actors who self-radicalize and very small groups of extremists. On the other hand, persons who return from Jihadist-controlled regions in the world. And finally, so-called "hit squads" that are dispatched by terrorist networks like the "Islamic State" (IS) to carry out elaborate attacks.

Lone actors who self-radicalize and small groups of extremists are the hardest to detect and monitor. The attack by a Palestinian man in Hamburg in the summer of 2017 makes this clear. The man, whose asylum application had been rejected, stabbed a person in a Hamburg supermarket and injured several others. Despite not belonging to any terrorist organization, he later proclaimed his attack had been a "contribution to global jihad."

In contrast, authorities also have some information about individuals who left Germany to wage jihad abroad, and then returned. More than 960 individuals are known to have traveled to IS-controlled regions since mid-2013. Of these, over 300 have returned to Germany. Authorities are especially concerned about individuals who received military training and gained combat experience abroad.

How large is the Islamist scene?

German authorities are also keeping an eye on certain "relevant individuals" who are close to potential Islamist terrorists and who may abet them commit attacks by providing logistical support, for instance.

A 2017 report by Germany's domestic intelligence service noted that there are  25,810 "potentially Islamist individuals" in Germany. Of these, 10,800 belong to Salafist organizations.

The Salafi scene is seen as instrumental to recruiting fighters who wage jihad abroad. Almost all of those who left Germany to fight elsewhere had ties to the Salafist scene.

In an effort to weaken the scene, German authorities in 2016 banned the Salafist group "Die wahre Religion" ("The true religion"), which made headlines for distributing the Koran on German streets, among other things.

Could refugees pose a threat?

Germany's domestic intelligence service has said IS is deliberately using refugee migration routes to smuggle attackers into Europe. It also reported that IS is trying to recruit refugees in Germany to commit terrorist attacks. So far, Germany has seen four attacks perpetrated by asylum-seekers: one in Berlin, one in Hamburg, one in Ansbach, and one in Würzburg.

How do German authorities deal with potential terrorists?

German security agencies assess each potential terrorist individually. Measures taken depend in this assessment, though German police do not readily share information about their actions. It is clear, however, that authorities can opt to tell individuals that they are being monitored, that they can deploy high-tech surveillance methods, and even order someone to be placed under 24-hour surveillance by police forces.

When police forces approach potential terrorists to tell them they are being monitored, they underscore the gravity of the situation. Ordering around-the-clock surveillance, meanwhile, requires substantial manpower. The Office for the Protection of the Constitution says constantly monitoring an individual requires between 25 and 30 police officers. Which is why this measure is deployed only in rare cases.

Berlin's Salafist extremist scene has tripled since 2011, according to a report from Germany's domestic intelligence agency. Russians comprise the largest foreign national group in the scene. (17.01.2018)