Terrorism deaths down, but still a widespread issue

The Global Terrorism Index 2018 showed the decline was most pronounced in Iraq and Syria. Islamic State tops the list of deadliest terror groups, but far-right extremism is also on the rise. 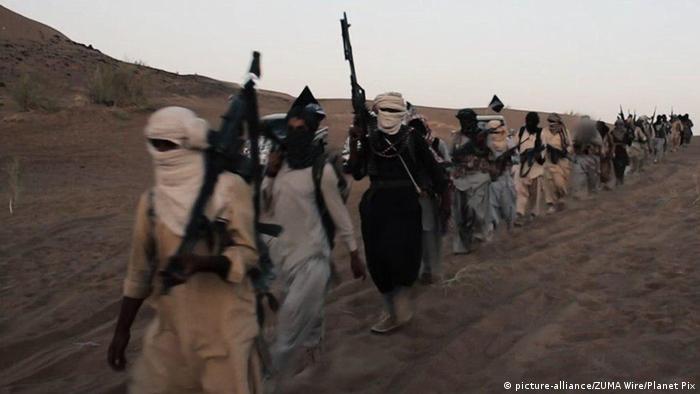 For the third consecutive year, deaths caused by terrorism are down globally, according to the Global Terrorism Index 2018 report published on Wednesday by the Institute for Economics and Peace.

"The total number of deaths fell by 27 percent between 2016 and 2017, with the largest falls occurring in Iraq and Syria," the report said.

However, despite both Middle East countries seeing the biggest improvement in sheer numbers, they still ranked in the top three countries most impacted by terrorism.

In total, Iraq recorded more than 5,000 fewer deaths as a result of terrorism last year, while Syria had more than 1,000 fewer compared to 2016.

The military defeat of the "Islamic State" (IS) militant group in Iraq and Syria resulted in the significant drop in terrorism-related deaths in the Middle East as well as in Europe.

"Despite its reduced capacity, ISIL remained the deadliest terrorist group globally in 2017."

In Europe, the number of deaths fell by 75 percent.

"Europe was the region with the biggest improvement, and recorded a marked fall in terrorist activity, despite the threat of returnees and online radicalization," the report said.

In western Europe, the number of deaths fell from 168 in 2016 to 81 in 2017. The most significant decline was noted in Germany, Turkey, France and Belgium. The UK, Sweden, Finland, Spain and Austria saw numbers rise.

Far-right terrorism 'on the rise'

The report noted that right-wing extremism "is a growing concern." The number of deaths resulting from that type of terror attack rose to 17 in 2017, from three in 2014. Most of the perpetrators acted alone and harbored white nationalist and/or anti-Muslim beliefs.

The Global Terrorism Index is published annually and analyzes the impact of terrorism on 163 countries. It defines terrorism as "the threatened or actual use of illegal force and violence by a non-state actor to attain a political, economic, religious or social goal through fear, coercion or intimidation."

The Kurdish Peshmerga in Iraq says that IS is rising like a phoenix from the ashes. The organization is regrouping, filling the void left by its quarreling adversaries. Judit Neurink reports from Irbil and Mosul. (21.11.2018)

Thousands of victims of "Islamic State" terror have been found in more than 200 mass graves in Iraq. The identities of many those killed may never be discovered. (06.11.2018)

A German man accused of having plotted a major attack on an ice rink in Karlsruhe has gone on trial. The suspect appears to have links to IS, but he insists he supports the Kurdish Peshmerga. (12.11.2018)