A Syrian man has been sentenced to six and a half years in jail for plotting a car bomb attack in Germany. Prosecutors said he planned to kill or injure about "200 people" at an undisclosed location. 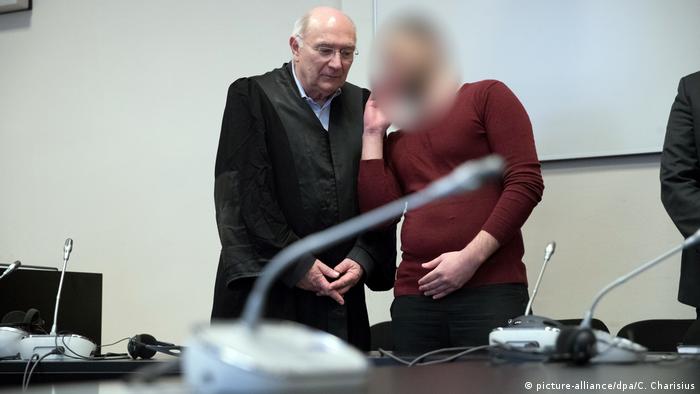 A German court on Friday handed down a six-and-a-half-year jail sentence to a 20-year-old Syrian refugee for planning to carry out an Islamist attack.

The Higher Regional Court in Hamburg heard how the defendant, identified only as Yamen A. in line with German privacy norms, was amassing materials needed to make an explosive device when he was arrested in the northern city of Schwerin in late 2017.

Prosecutors had demanded a five-and-a-half year sentence, arguing the defendant had been planning to kill or injure about "200 people" with a car bomb. But the judge decided on a harsher sentence, citing the accused's "determination" to carry out an attack.

"You wanted to take lives, and in doing so endanger the security of the state," said presiding judge Ulrike Taeubner.

Prosecutors told the court that the accused had discussed bomb-making methods in online chatrooms, and had tried several times to concoct triacetone triperoxide (TATP) —  an unstable explosive that has been used in several attacks in Europe, including at a concert in Manchester in 2017, in Brussels in 2016 and in Paris in 2015.

The suspect arrived in Germany in September 2015 after fleeing Syria. He was granted asylum in February 2016. He initially shared a flat with other young refugees in Schwerin before moving into his own place.

According to authorities, he was radicalized over the internet, and by mid-2017 had become a supporter of the so-called "Islamic State."

At the time of the suspect's arrest last year, Interior Minister Thomas de Maiziere said "a serious attack has been prevented."

Friday's verdict is not yet legally binding and can be appealed.

A German man accused of having plotted a major attack on an ice rink in Karlsruhe has gone on trial. The suspect appears to have links to IS, but he insists he supports the Kurdish Peshmerga. (12.11.2018)

Intelligence officials in Germany thwarted a 2016 attack that was planned by the "Islamic State" militant group. A couple who traveled to Syria was said to be trying to send teams of militants back to Germany. (18.10.2018)