Even as terrorism-related deaths drop dramatically in some parts of the world, fatalities in OECD countries have reached a 16-year high. Research Director of the Global Terrorism Index Daniel Hyslop tells DW why. 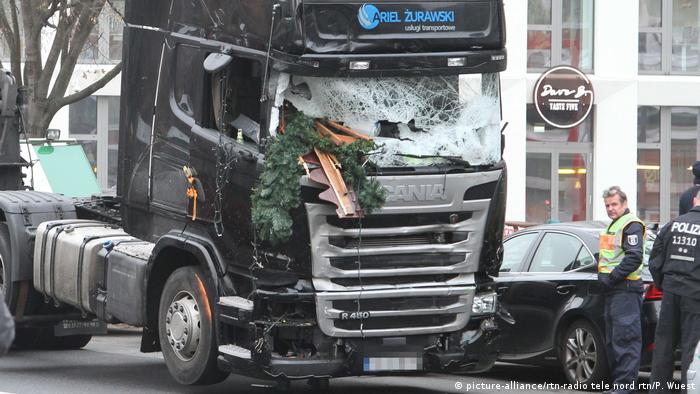 Daniel Hyslop, Research Director at the Institute for Economics and Peace, talks to DW about global changes in terrorism-related deaths.

DW: What was unique about this year's study?

Daniel Hyslop: The main report finding that was unique was the fact that the number of terrorist deaths actually decreased by 22 percent globally in 2016 compared to the peak of 2014. So it's a positive story.

Four of the five countries that are most impacted by terrorist activity have actually seen a notable decrease in the number of deaths that they've experienced. That's really a turning point in the fight against terrorism.

Thecountry that saw the largest decreases was Nigeria, largely because of the Multinational Joint Task Force — the coalition of countries that are fighting Boko Haram — which led to an 80 percent decrease in the number of deaths that the groups committed. Maybe about 3,000 fewer people were killed last year from the group's actions.

The other thing is Boko Haram split into three groups and it's no longer the coherent group that it was a couple of years ago. It's a big improvement in Nigeria and a big part of the story. 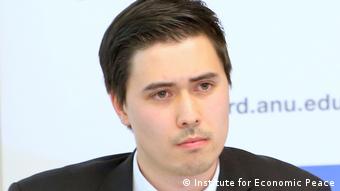 There has also been an improvement in Yemen and Afghanistan, as well as Syria and Niger, which is connected to the improvement in Nigeria. The improvement in Yemen is really because of the sporadic peace talks that have occurred. There has been less use of terror tactics by Houthi rebels. Afghanistan has seen sort of a perverse trend where the number of conventional battle deaths by the Taliban, the most deadly group in Afghanistan, has actually increased. But the use of terror tactics has actually decreased, so there's a different trend going on there.

In Syria, we have seen a decrease in the level of terrorism fromIS. The worst groups really tried to hold on to territory in the country and spent all of its resources on conventional battlefield situations.

Your numbers show that terrorism deaths are down by 22 percent compared to 2014. But we see terrorist attacks in the news every day. How do you explain that?

In Europe, I think one of the concerning trends is that in 2016 we saw the highest number of terrorist deaths in the OECD member countries, which include most of Europe, the US, Australia and Canada. And that number was the highest number since 1988. I think that's largely the reason why at least in Europe we have the perception of there being perhaps more terrorism than before.

Which countries had the most surprising outcomes? 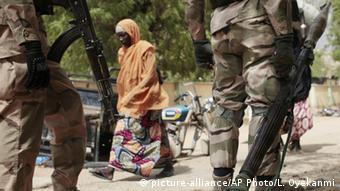 Regional cooperation has helped combat Boko Haram, which used to be the deadliest terror organisation in the world

I think the most surprising outcome was Nigeria. The fact that it's gone down by about 80 percent, that is a dramatic improvement. You have to remember only two years ago Boko Haram was the deadliest terrorist group in the world. We've now seen the group significantly hollowed out; split into three parts. It's also an example of cooperation between those countries in the region to fight against terrorism. And that just shows that these regional coalitions can be very impactful in terms of dealing with their own security challenges.

Has there been a change in how terrorist attacks have been carried out?

In the places where the majority of terrorism happens, which, of course, is in Iraq, Afghanistan, Pakistan, Syria and Nigeria, there hasn't been a dramatic change. However, in Europe there has been. What we have seen is a shift towards much simpler tactics, involving a lot less planning and a lot less people, for instance the use of trucks which IS actually called for back in 2016. That has been a particularly disturbing trend. It has been effective and it's been used several times already. It's really in response to the fact that a lot of the really complex attacks are much easier to foil by the security services.

Does that mean that security measures and secret services are working more effectively?

What we have seen in the first half of 2017 is actually fewer deaths than at the same time 2016. It is not a uniform trend across all European countries but certainly in Germany, for instance, there have been no successful attacks in 2017. There have been several foiled attacks, but no success.

I think one thing that we touched on the report is the fact that whilst IS, the most devastating group, has almost been militarily defeated in Iraq, in Syria, it's very hard to defeat the ideology that has given rise to the extreme violence that the group is being based on. I think that is the concerning trend going whether or not there is the potential for more violent permutations of IS to emerge. That is why we really think that what is important to address terrorism in the long run, especially in Iraq and Syria, is to develop more inclusive post-conflict settlements that include the disenfranchised groups like the Sunni groups to ensure that there is a long-term peace.

A lot of our work is based on positive peace, so on a concept of building up the attitudes, institutions and structures that sustain peaceful societies. That's really where we need to focus rather than on the short-term counterterrorism.

Daniel Hyslop is the Research Director at the Institute for Economics and Peace. He has led consulting work with a range of intergovernmental organizations and think tanks including the United Nations Development Programme (UNDP), the Commonwealth Secretariat and the Center for Strategic and International Studies. Hyslop holds a Masters of Economics from Sydney University.

The interview was conducted by Nastassja Shtrauchler and edited for clarity.