Cities struggle for security in light of terrorist attacks | World | Breaking news and perspectives from around the globe | DW | 13.09.2017

Cities across Europe are reeling from deadly terrorist attacks. While they're relatively new in Europe, terror attacks have long been a reality in cities in Asia or Africa. How can cities be made safer? 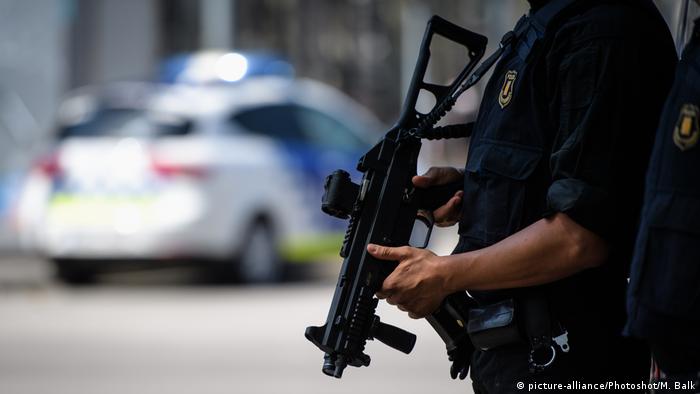 Burglaries, traffic accidents, shootings — the Swedish capital Stockholm gets its share of crime and violence. Only recently did the police commissioner publicly call for help, saying the police were struggling to get their job done in several Stockholm neighborhoods dominated by gangs.

Yet up until recently, a majority of Stockholmers considered their city fairly safe.

According to the Better Life Index compiled by the Organization for Economic Cooperation and Development, OECD, people in Sweden feel safer than, for instance, those in Belgium or Spain.

This sense of security notwithstanding, the Swedish capital was hit by a terrorist attack earlier this year. A van was used to plough into a busy pedestrian zone filled with Friday afternoon shoppers, killing five people. It was the same method used a few months before, when a terrorist steered a van into a Christmas market in Berlin, killing 11. The same method was used again this summer, when fifteen people strolling on the popular Las Ramblas boulevard in the Spanish city of Barcelona, were murdered. 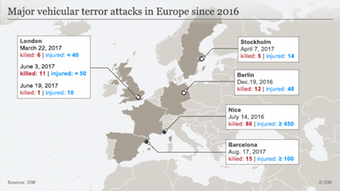 Vehicular attacks have increased in Europe in recent months

It's these kind of incidents that have led Dan Smith, director of the Stockholm Peace Research Institute (SIPRI), to invite international experts to Stockholm this week to discuss the topic of security in cities at the annual Stockholm Security Conference (13.-15.9.2017).

"I think in the last few years we've seen cities becoming more on the front lines in different ways," says Smith. "We've seen Mosul and Baghdad in Iraq, and what's happened in Syrian cities. And we have seen terrorist outrages in cities in Europe, Turkey as well different parts of Africa and South Asia."

According to a UN report on urbanization, already now, more people globally live in urban areas than in rural ones. By 2050, two-thirds of the world's population is projected to be urban.

For Dan Smith it is about time the security community starts discussing cities. "Safety and well-being in cities have been seen as a subject for other policy areas, in terms of general well-being, or urban architecture," he says, adding: "I think it's a clear area of concern within the general field of security studies and security policy which hasn't been looked at closely enough in recent years." 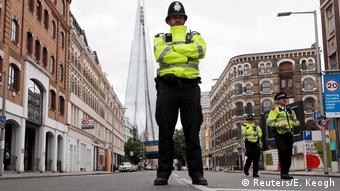 When it comes to the practical questions entailed in providing security in a city, Sir Bernard Hogan-Howe knows what he is talking about. For five years until February 2017, he served as the commissioner for London's metropolitan police. Though Hogan-Howe gets mixed reviews for his tenure, even critics take note of the fact that during his time in office, no terrorist attack shook the British capital.

Asked about the secret of his success, Hogan-Howe points out two things. One, co-operation between the police and the security services, and two, community relations.

"We've seen in the UK that many of the home-grown terrorists have been in communities which have not felt involved in the mainstream," says Hogan-Howe. "So where you have excluded communities, often you see more and more terrorists who will come through."

The consequence, he says, is simple: The police have to build trust by providing security in communities. Only then do officers stand a chance of learning, for instance, about someone who may have been radicalized.

But aside from looking to the community level for preventing an immediate attack, SIPRI's Dan Smith points out that communities are key to addressing the terrorist threat in the long term as well.

"If we think about prevention in the long term, we need to be thinking about social circumstances and education, about how communities in different countries have both self-identity and legitimacy and pride in themselves, without at the same time finding a basis on which they feel humiliated," he says, explaining that studies examining how young people get recruited into extremist groups emphasize the concept of dignity.

"If people feel their lives offer them no dignity, they will turn to somebody like for instance a charismatic preacher, who tells them they can be someone who is worth something if they only join this cause."

Smith says that eradicating the so-called "Islamic State" militant organization, which claims responsibility for such attacks as the one in Barcelona or Berlin, would not solve the problem. 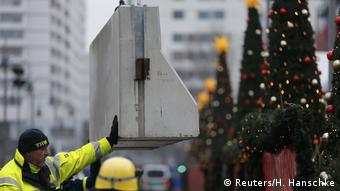 Roadblocks can help to stop vehicles, but terrorism needs to be adressed on many levels

"'The Islamic State' grew out of al-Qaida, and al-Qaida grew out of what was before," he says. "If we simply focus on defeating one terrorist group, we may appear to succeed, but really, the same people or similar people will form other groups which will later on hit us as well."

No place is safe — but Europe is still safer

While most of the European and indeed global media have focused on attacks in European cities, urban centers in Africa and Asia have been even more affected by terrorist attacks. Twenty-five people were killed in a suicide attack in Lahore, Pakistan, in July 2017. An attack on a nightclub in the Turkish city of Istanbul claimed at least 39 lives in January. In Nigeria, the militant group Boko Haram has been carrying out attacks both in rural areas, but also in cities like Maiduguri. 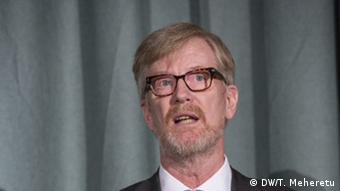 For SIPRI Director Dan Smith, security in cities is an urgent topic for policymakers

"In European cities, where we live in generally richer countries with well-funded infrastructure, the degree of vulnerability is much lower," says Dan Smith. "In some African cities, on the other hand, or in Turkey, India, and Pakistan, just to mention a few examples, there is much more vulnerability, even though it is not a case of open war like in Syria or Iraq. "

Smith and Bernard Hogan-Howe agree that in this day and age, it is impossible to find a "safe" city anywhere. At the same time, they point out that terrorism is not the only threat to security in cities.

"There are other causes of danger, ranging from road traffic to routine crime. We do have to be careful not to overstate the threat from terrorism," says Bernard Hogan-Howe. "I'd still be happy to visit any city because the threat is not so big that we have to change our lifestyle because of it."

Terrorism and the copycat effect

A new study says the more the media covers terrorism, the more we inspire copycat attacks. What's at work? Is it a conscious plan by terrorists or the psychological phenomenon known as the Werther effect? (05.09.2017)

A 2016 survey showed a clear majority of Europeans want the EU to do more to tackle terrorism. Its anti-terror chief Gilles de Kerchove tells DW that while many plots have already been stopped, more attacks are likely. (06.09.2017)