Terrorism and the copycat effect | Science | In-depth reporting on science and technology | DW | 05.09.2017

Terrorism and the copycat effect

A new study says the more the media covers terrorism, the more we inspire copycat attacks. What's at work? Is it a conscious plan by terrorists or the psychological phenomenon known as the Werther effect? 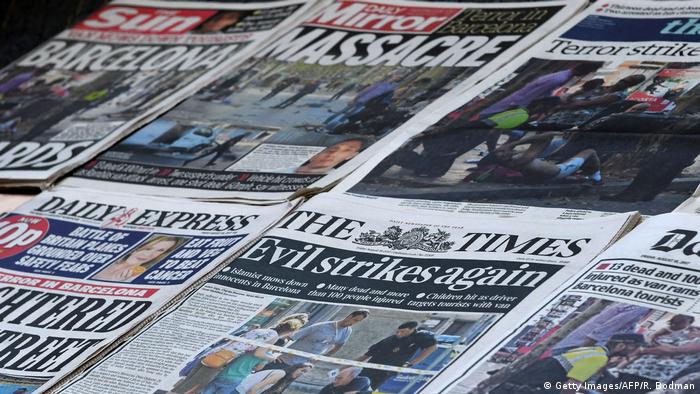 The conclusion of the study is clear: Through our daily coverage of news events, we journalists have the power to decide over the lives of others. Or to be precise: Our articles and reports can kill.

Most often it's with reports about terrorist attacks, with pictures of the victims and the perpetrators, speculation about motives, background analysis, emotive language - and all this, preferably, on the front page.

Michael Jetter, an economics specialist at the University of Western Australia in Perth, has been researching the relationship between the media and terrorism. Jetter's recently published study involves 61,000 acts of terrorism in 200 countries, ranging from the years 1970 to 2012, and the coverage of those events in the US daily newspaper The New York Times.

Is that really possible?

Jetter says his test proves it: "You see it on days when the coverage is about a hurricane and not about al-Qaida, that there are fewer attacks in the following week."

And it could be down to simple psychology.

It could be the so-called Werther effect that is leading us from one act of terrorism to another. The sociologist David Philips coined the term in the 1970s in reference to Johann Wolfgang von Goethe's novel "The Sorrows of Young Werther." The protagonist suffers an unrequited love and commits suicide. Even in the 18th century, the story inspired a number of copycat suicides. 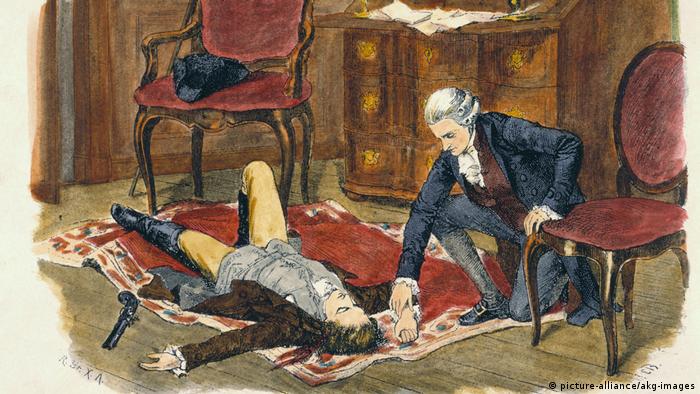 Goethe's novel "The Sorrows of Young Werther," published in 1774, with "Werther fever" driving many to suicide

"The Werther effect is the phenomenon that the number of suicides in a population increases when the media coverage of a suicide is sensationalist," says Benedikt Till, a psychologist at the Medical University of Vienna.

This is especially true when the suicide is described in detail, or when the motives - which are often simplified ("committed suicide because of debt or divorce") - are used as a basis for wild speculation.

Till says such reports hold a lot of potential for other people to identify with the act. Photos of the surviving family or the suicide themselves can be a similar driver for emulation. For those whose lives are not in crisis, a sensationalist article is unlikely (or less likely) to drive you to suicide. But for people who are experiencing suicidal thoughts or those who are in a "suicidal development," Till says media reports can tip the scales.

Journalists have learned to handle suicide responsibly. The German Press Code calls for restraint in media coverage of suicides (Guideline 8.7); researchers have developed other guidelines. Together with colleagues in the US, Till has developed guidelines for journalists reporting on mass shootings. German journalists, however, lack such guidance.

And there are no such guidelines for reporting about terrorist attacks - with fatal results.

What should we write?

But it's not just how we report about terrorism, but also how much. At least that's according to Michael Jetter's study.

"We have to report less quantitatively, and then we'll also see fewer attacks," says Jetter. That is: fewer pictures, fewer editorials or lead articles, less emotive language and overall fewer articles. That's how we can reduce the number of attacks, the researcher says.

Jetter has another theory, though, that could explain why more reports lead to more attacks: "It could be a rational planning on the part of the terrorists to use these moments of big media attention to launch another few attacks."

Whether it's the Werther effect or rational planning, every article about terrorism offers the terrorists the stage they need. We journalists help them spread fear and recruit future attackers. We are accessories to future attacks in which people die.

Until the Barcelona terrorist attacks, it seemed as if Spain were almost immune to anti-Islamic sentiments. But the number of Islamophobic incidents has increased dramatically since then, and Spanish Muslims are worried. (31.08.2017)

Netflix has won the rights to produce a movie about the 2011 terror attack in Norway, carried out by Anders Behring Breivik, which claimed 77 lives. "Bourne" director Paul Greengrass will take up the project. (22.08.2017)