The Syrian government has acknowledged that hundreds of detainees were killed in state custody. Anchal Vohra met one of the prisoners who along with many others was tortured in Bashar Assad's jails. This is his story. 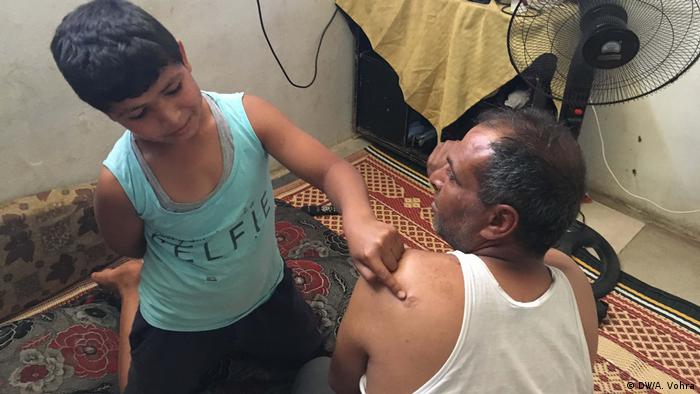 At night, he retreated to his memories: Whenever night began, whenever the guard struck the iron door with a baton, whenever the 30 others he was sharing the cell with made their beds.

They were given a blanket each. There was a peephole for commands, the only source of light and indicator of time.

He reminisced about barbecue evenings with friends and replayed the moment Yassin, his first child, was born. Often, he went for a stroll on the streets of Baba Amr, his neighborhood, and walked in his fields to sample an apricot. In fits of delirium he hoped that maybe his reality was just a bad dream and when he woke up, he would be home.

His memories were hazy. The blanket was too short and didn't cover his feet.

He felt the ache returning. The injuries were fresh from the torture inflicted a few hours before, while other wounds were still festering. His worst fears distracted him. Were they abusing his wife and mother as they had threatened, even after he had signed the unread confession? Was his family lying dead somewhere under the debris of a bombed-out house? He sobbed into his forearm. Noise, even a whisper, would be punished.

The day began with the prison staff yelling insults. It was a daily drill. The moment a soldier walked in, they were instructed to jump up and face the wall, pull up their T-shirts over their heads and look to the ground. All he could see was a hint of shadows overlapping.

"Speak, you bastards! Who is the president of Syria, who is your god?" the guards would yell. "Bashar Assad, Sir, long live our president," the prisoners would chant.

The soft thud of the loaves of bread thrown on the ground was their cue to turn around and squat. It was one loaf per three prisoners and a few spoonfuls of yogurt each.

There was a routine to life in Assad's most infamous torture chambers. Meals were interspersed with thrashings, euphemistically termed interrogations.

Hanging by the wrists for hours, contorting bodies to fit in a tire, countless lashes with a pipe: These were the most commonly used techniques.

Torture in Syria has a history. According to Amnesty International, Bashar Assad's father, Hafez, used 35 different torture techniques. It's alleged that Assad senior learned some of these from a Nazi war criminal, Alois Brunner, who escaped trial for sending hundreds of thousands of Jews to the concentration camps in World War II by hiding out in Syria.

Bashar Assad and his father's legacy 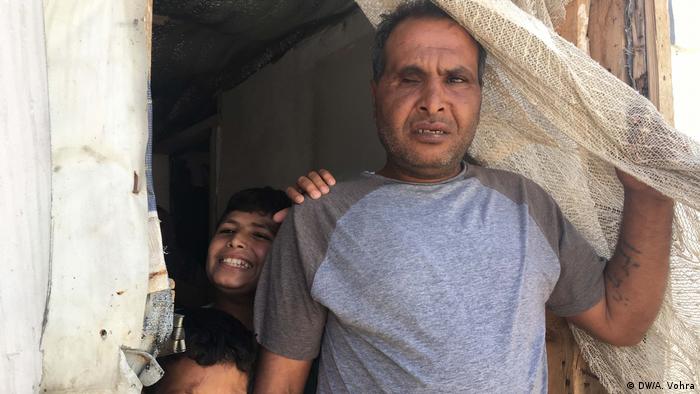 Mizyed was one of the lucky ones. He and his family are now adapting to life in a refugee camp in Lebanon

Number 72 knew help wasn't coming. He was just another number among thousands of detainees. Repression and corruption was a way of life, and the people of Homs, like Mizyed, had to bow to the regime's supremacy. A wave of protests calling for reforms had engulfed the Arab world in 2010 and the Syrians, too, had stood up and challenged their regime, Mizyed among them.

The protests attracted the wrath of the regime. Right at the top of Assad's coterie was and remains Jamil Hassan, the chief of the air force intelligence, which ran the most notorious detention centers where dissidents were "interrogated." As if the degrading treatment of thousands of inmates wasn't enough, in an interview in 2016, General Hassan said he would have liked to have quelled the opposition through even harsher means.

Had Bashar emulated his father Hafez' severity in dealing with the uprising, the general said, the war would have ended much earlier, a reference to Hafez' crackdown on the Muslim Brotherhood-instigated rebellion in the early 1980s.

Mizyed didn't remember '82. However, he became aware of Assad junior's ruthlessness when images of maimed teenagers from a neighboring province, Daraa, appeared on television screens. They were tortured for drawing anti-regime graffiti.

Read more: 'To keep the Syrian uprising going, you must survive'

He supported the locals who armed themselves to protect the town of Baba Amr from Assad's excesses. However, he asserts, he never picked up a weapon and only helped the Free Syrian Army in their civil and humanitarian campaigns.

Then a piece of shrapnel pierced his eye, partially blinding him — a result of Assad's bombing campaign on Baba Amr. He was on his way to a hospital when two Syrian soldiers stopped his vehicle. "Don't you know it is unsafe to drive these days?" said one of them. It was their type of joke.

They escorted him to Saydnaya prison, one of General Hassan's detention centers, the first stop on what would be a long and excruciating ordeal. Recounting the tortures ordered by General Hassan, he said: "They electrocuted me three times a day. Once my toenail popped out with the impact."

Then, one day in February 2013, the brigadier at the detention center called for him. They let him have a shower and gave him new clothes.

His first feeling was relief. Relief from the smell of which he reeked, from the daily ordeals. That day, he was someone, even if they were going to kill him.

He couldn't comprehend why they let him go, but all of it came to an end, abruptly. Later he found out that he might have been released in a prisoner swap mediated through the elders of Homs. The rebels had released two Russians weeks before, in exchange for rebels and their supporters who were still alive in captivity. 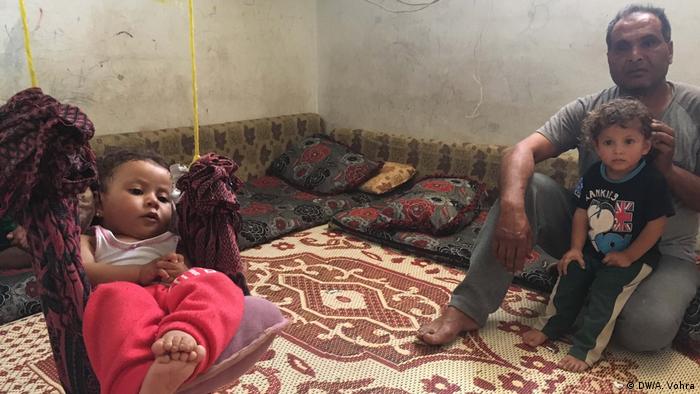 He walked to Lebanon with his family among hordes of others seeking safety and now lives in a refugee camp in the Bekaa Valley.

Now, five years later, the wounds have healed but the scars are still visible, evidence of the crimes committed against his body.

He was, he says, robbed with impunity of any semblance of dignity. There is no apparent route to trial for his perpetrators. Russia and China have vetoed a UN move to refer the Syrian regime to the International Criminal Court in The Hague.

In an unusual step, Germany reportedly issued an arrest warrant in June against Jamil Hassan, claiming universal jurisdiction. According to international law, genocide, war crimes and crimes against humanity can be prosecuted anywhere, no matter where the acts were committed.

For Mizyed, though, it is a pointless gesture. "They won't get anywhere," he said. "Can they go to Syria and arrest Hassan or Assad?"

Mizyed doubts that any of the perpetrators will ever have to pay for their crimes. The chance of that happening, he says, has been lost for good.

"They [the West] could have taken out Assad if they had wanted, but they didn't care," he said, flicking away his cigarette ash.

A group of former prisoners from Syria has filed a suit in Germany accusing officials of the Assad regime of torture. The survivors reported beatings, sexual abuse and systematic humiliation in Syrian prisons. (02.03.2017)