Over 17,000 detainees have died in Syrian government custody in the past five years from torture and disease, according to Amnesty International. Forced disappearances and horrific prisoner abuse are also widespread. 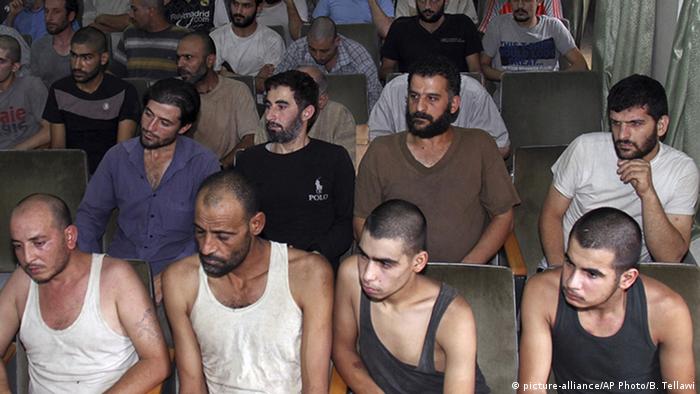 The report charts abuses dating back to the start of the Syrian uprising against President Bashar Assad in March 2011. It indicates that 17,723 people died in custody across Syria between then and the end of 2015.

The government's crackdown on dissent followed by the rise of armed opposition groups ignited a civil war that has killed more than 250,000 people, displaced half the country's population and generated more than 4.8 million refugees, although Amnesty believes that with tens of thousands of people forcibly disappeared in detention facilities across Syria the real figure is likely to be even higher.

Based on interviews with 65 torture survivors, the report describes abuse in security units operated by Syrian intelligence agencies and in Saidnaya military prison, near Damascus. Most of them described witnessing at least one, if not several, deaths in custody, Amnesty said.

The report notes that torture includes forcibly contorting a victim's body into a tire and flogging the soles of feet, electric shocks, rape and sexual violence, extracting fingernails and toenails, scalding with hot water and cigarette burns.

Anyone seen as an opponent of the government is at risk of arbitrary detention, torture, enforced disappearance and death in custody, according to Amnesty.

"They had to break us; they treated us like animals. They wanted people to be as inhuman as possible," according to a former detainee identified as Samer, who Amnesty said was arrested while transporting humanitarian supplies. "I didn't see anyone die but I saw the blood, it was like a river," he said.

"The catalogue of horror stories featured in this report depicts in gruesome detail the dreadful abuse detainees routinely suffer from the moment of their arrest, through their interrogation and detention behind the closed doors," according to Philip Luther, director of Amnesty International's Middle East and North Africa program. "This journey is often lethal, with detainees being at risk of death in custody at every stage," he said.

"For years Russia has used its UN security council veto to shield its ally, the Syrian government," according to Amnesty's Philip Luther, "and to prevent individual perpetrators within the government and military from facing justice for war crimes and crimes against humanity at the international criminal court. This shameful betrayal of humanity in the face of mass suffering must stop now."

Amnesty also collaborated with the Forensic Architecture agency at Goldsmiths, University of London, to reconstruct the Saidnaya site. "As we pieced together the model, we realized the building isn't only a space where incarceration, surveillance and torture take place," Eyal Weizman, director of Forensic Architecture told the UK-based newspaper "The Guardian," "but that the building is, itself, an architectural instrument of torture."

The team began an intensive process for Amnesty of interviewing former detainees of the prison who had escaped across the border to Turkey, in order to build up a detailed picture of the facility.

UN envoy de Mistrua has announced Syrian peace talk slated to begin this week would be postponed. In an interview with DW, Bassma Kodmani from the Syrian negotiating team blames Russian aggression for talks' collapse. (04.02.2016)

Russia has rebuffed a US suggestion that airstrikes on Syria launched from Iran may violate UN resolutions. The airstrikes deepen Russia's ties with Iran and Syria. (17.08.2016)

With a truce between the army and rebels in Syria close to unravelling, the list of abuses and potential war crimes on both sides appears to be growing longer. Tom Rollins reports. (25.05.2016)