Trump: US to 'devastate Turkey economically' if it attacks Syrian Kurds

The US president has threatened Turkey with severe economic consequences if it attacks US-allied Kurds in Syria. But the Turkish presidency has hit back, saying "terrorists can't be your partners." 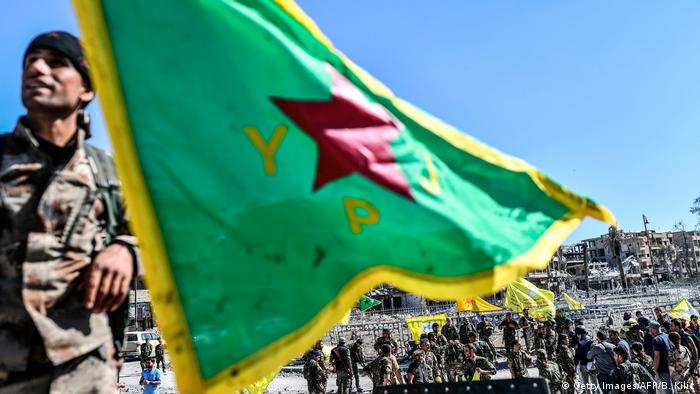 US President Donald Trump has warned Turkey that it risks economic retaliation by the United States if it attacks Syrian Kurdish forces after the withdrawal of US troops from Syria.

"Will devastate Turkey economically if they hit Kurds," Trump wrote in a Tweet late on Sunday, without elaborating.

The president also called for the creation of a 20-mile (30-kilometer) safe zone in Syria and said he did not want US-allied Syrian Kurdish People's Protection Units, or YPG, to seek any confrontation with Ankara.

'Terrorists can't be your partners'

But hours after Trump's comments, Turkish presidency spokesman Ibrahim Kalin tweeted that there was no difference between the "Islamic State" (IS) militant group, the outlawed Kurdish Workers' Party (PKK) and Syrian Kurdish forces YPG.

"Terrorists can't be your partners and allies," Kalin said. "Turkey expects the US to honor our strategic partnership and doesn't want it to be shadowed by terrorist propaganda."

Trump's comments follow Turkish President Recep Tayyip Erdogan's pledge to take action against the YPG, which Turkey considers a terrorist organization linked to the PKK within Turkey. The PKK has waged a decadeslong insurgency against the Turkish state.

Last week, US National Security Advisor John Bolton said a planned withdrawal of US troops from Syria was conditional on Turkey promising that it would not attack the YPG. Erdogan called his comments "a serious mistake."

US Secretary of State Mike Pompeo said on Saturday that he was optimistic the United States and Turkey would reach an agreement on how to protect YPG troops in Syria.

"We are confident we can achieve an outcome that achieves both of those: that protects the Turks from legitimate terror threats, and prevents any substantial risk to the folks who don't present terror risks to Turkey," Pompeo said, without elaborating on how each side would be protected.

Pompeo said he had spoken to his Turkish counterpart, Mevlut Cavusoglu, earlier on Saturday, adding that there are "many details still to be worked out," but that he was optimistic both sides could achieve "a good outcome there."

In December, the United States announced plans to withdraw some 2,000 troops from Syria. The move came after Trump declared that the IS terrorist group had been defeated in Syria.

The move comes just days after President Erdogan vowed to postpone a strike on the Kurdish militia YPG. Erdogan has complained that a plan to remove the YPG from the border with Turkey has taken too long. (23.12.2018)