Opinion: Only Trump's mission is accomplished in Syria

"Islamic State" has been defeated in Syria, if US President Donald Trump is to be believed. But withdrawing troops is a mistake with far-reaching consequences that will play into the wrong hands, writes DW's Udo Bauer. 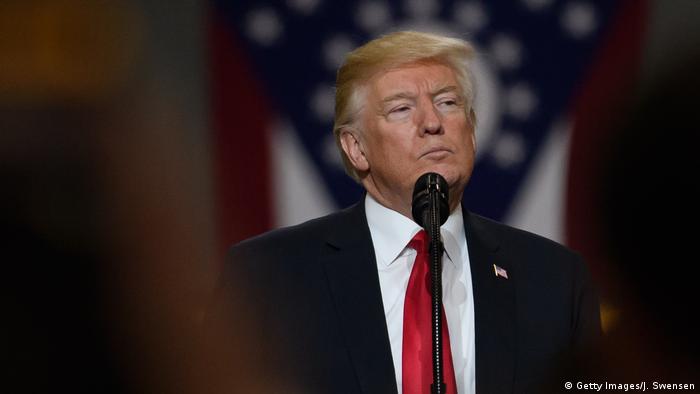 Plaudits from his supporters are guaranteed. "It's time to bring our great young people home!" US President Donald Trump tweeted. The mission to defeat the so-called Islamic State (IS) is a fait accompli, according to Trump.

This is a message that will go down well with many Americans just before Christmas — but not in Washington with the politicians responsible for foreign and security policy.

Even Trump's fellow Republicans are aghast at the single-handed decision by their president.

While they recognize that, as a force, the IS terrorist militia was crushed during the civil war, many jihadis still lurk in the shadows waiting to seize upon a chance to regroup. For IS, a power vacuum in the wake of a US withdrawal is a prime opportunity.

The 2,000 GIs have done a decent job in Syria over the past four years. Not so much as soldiers of war, but above all as mentors to the YPG Kurdish militia. Their fighters are regarded as the bravest in the battle against IS. They played a decisive role in pushing the terrorists back militarily.

This cooperation has always been a thorn in the side of Turkish President Recep Tayyip Erdogan, who views the YPG as nothing more than a band of terrorists that must be destroyed. But as long as the Americans were in Syria, he didn't dare attack the Kurds.

If the last remaining US soldiers are indeed to be withdrawn, Erdogan's gloves will be off and he will take brutal action against the Kurds. The Americans will bear responsibility and Kurdish blood will be on their hands.

The amount of anti-American propaganda circulating around the other dominant player in Syria is markedly on the rise. Russia's Foreign Ministry described the US presence as a "dangerous obstacle on the road to a peaceful solution."

A Russian peace settlement, that is: one that foresees Syrian dictator Assad remaining in power! The man who bears prime responsibility for the destruction of his country, for the death of tens of thousands of civilians, for poison gas attacks and barrel bombs.

Assad is Russia's only safe bet on maintaining a military, and thus political, presence in the Middle East. If the US withdraws now, Putin will have free rein to shape the postwar order as he sees fit.

Russia, Iran and Turkey are currently negotiating a peace settlement with representatives of the Assad regime and the insurgents. A constitutional convention to organize elections is in the offing. It is an arrangement that in reality seems naive; Assad is, of course, not interested in free elections and will fight the prospect tooth and nail.

But Russia is far from naive. There ought to be no doubt that Putin is pulling strings in the background, and playing the conflicting parties off against each other at will.

The sudden withdrawal needlessly denies the US the possibility of having a say in the rebuilding of postwar Syria. Trump has shown the world that he has lost interest in the Middle East as a whole.

Russia freezes bank accounts of US broadcaster RFE/RL 3h ago

Opinion: Elon Musk a liability for Bitcoin 9h ago