US President Donald Trump's decision to withdraw troops from Syria has forced the Kurds to rethink alliances. Will they achieve their aim of an autonomous Kurdistan region in the north-east? Anchal Vohra reports. 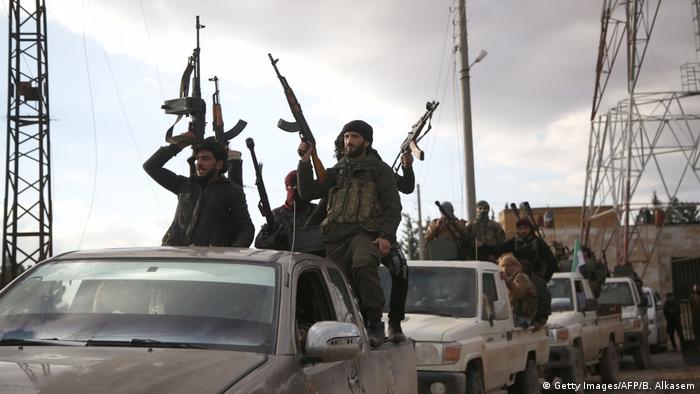 Abdullah,* a 26-year-old Kurd from Manbij and a father of two girls, is confident that the Syrian Kurdish People's Protection Units (YPG), fighting under the umbrella of the Syrian Democratic Forces (SDF), will continue their presence in the town that they have liberated from the "Islamic State" (IS) at the cost of much effort and blood.

He said that despite Donald Trump's tweet to withdraw the 2,000 American troops, Turkey's invasion threat and the Syrian army's presence on the outskirts, nothing has changed on the ground.

"Right now the power in control is the Manbij Military Council," he said of the local governing entity of both the Arabs and the Kurds but dominated by the latter. "They are managing the city, no one else," he told DW. 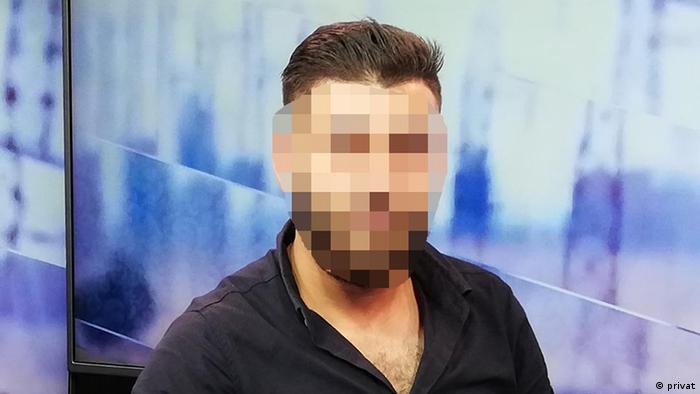 Abdullah says the Kurdish dream is to have autonomy

Manbij, a Syrian town just 20 miles (32 kilometers) from the Turkish border, became the focal point of the Syrian war after Turkey's President Recep Tayyip Erdogan threatened an attack unless the YPG left the area. Turkey sees the YPG as an arm of the Kurdistan workers party (PKK) which it considers a terrorist and secessionist force inside Turkey.

While the Kurds had always anticipated such an eventuality, they were, nonetheless, shocked. In a flurry to protect Manbij from the Turks, they reached out to the Syrian government which rushed its forces to the outskirts of the town with its own aim to reclaim the lost territory.

The Kurds fear that once the Americans leave, they will lose all leverage and not only be vulnerable to an attack by Turkey, but also fail to achieve any of their political goals, notably to establish an autonomous region along the stretch from Kobani in the northeast to Afrin in the northwest on Turkey's border. They lost Afrin to Turkey-backed Syrian groups in February, but there was a lingering hope of being able to hold on to other areas, such as Manbij, Qamishli and Raqqa.

The question for them now is how to salvage the situation, and it appears there are only two options: Convince the US to stay on or cajole Syrian President Bashar Assad to sign up for concessions. "The Kurdish dream is to have autonomy and have the areas managed by the people who are living in them," said Abdullah.

Meanwhile, Fawjia Yousif, a member of the Kurds' autonomous administration in Syria's northeast, said that the Kurdish fighters are no longer present in Manbij. "They pulled out a while ago and that was announced officially several times by the YPG."

The Syrian news outlet SANA has also reported that at least 400 fighters have left so far.

Nick Feras, a Middle East Security Fellow at the Center for a New American Security in Washington, said that the YPG's exit, now or later, is imminent. "The YPG will have to withdraw from Manbij, pure and simple. There is a geopolitical consensus that the YPG stepped too far when it remained in Manbij, and now it needs to go back across onto the east bank of the Euphrates. Even the Americans have decided that there cannot be an YPG presence anymore in Manbij."

If the Kurdish fighters indeed have pulled out or plan on doing so, Turkey may not carry out its threat to invade, but the Kurds still stand abandoned and are wondering whether they are merely a pawn in the larger geopolitical calculations.

What does the US position mean for the Kurds? 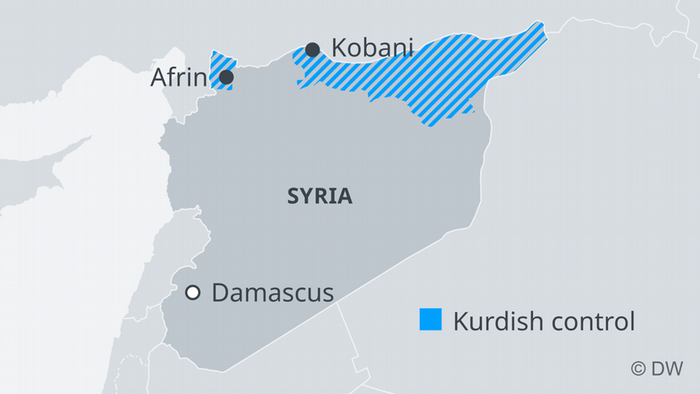 Largely, IS has been decimated in terms of territory, but there is a concern that the ideology has lived on and the members of the group — scattered during the war — may regroup if the US leaves and a struggle for power ensues among the different stakeholders.

Both US Defense Secretary James Mattis and Brett McGurk, the US envoy for the anti-"Islamic State" coalition, have resigned from their positions in response to Trump's announcement. And as the pressure within built-up, Trump began dilly-dallying on the timing of the withdrawal. "We want to protect the Kurds, but I don't want to be in Syria forever, it's sand and it's death" he said recently.

Read more: With Mattis gone, 'time to be afraid' of 3 a.m. call for Donald Trump

National security adviser John Bolton took it a step further. On a trip to Israel, aimed to assuage Jerusalem's concerns over leaving a power vacuum in its neighborhood, Bolton said that the withdrawal was conditional.

The Kurds cannot make sense of the US thinking and don't know whose statement to believe or who they can rely on. Now, they're trying to use the undefined extension period to pressure Assad to reach some sort of an arrangement.

Fawzia Yousif confirmed that the Kurds have been in negotiations with the Assad government. "There were talks recently with the regime regarding the situation in Manbij," she said, "What is also needed out of these talks is to focus on reaching a comprehensive settlement for the Syrian crises including the areas of the autonomy administration in north-east Syria."

Aaron Stein, Director of the Middle East program at the Foreign Policy Research Institute in Philadelphia, thinks that the Kurds would be better-off were they to align themselves with the Syrian government. "The Kurds have one chance to cut a deal," he said, "but they have to wait until the US leaves, and position themselves with the regime to ensure that there is a near simultaneous move between each side."

Thus far the Syrian government has refused to give Kurds the autonomy they seek. But the Kurds are hoping, with time, they may gain concessions.

Abdullah says that the future of the Kurds is within Syria, all they want is to be governed by one of their own. "It does not have to mean separation or an independent state."