Germany and the US remain allies, but Donald Trump's failure to endorse the G7 communique is the latest in a string of recent disagreements on key policies. DW takes a look at the most contentious issues. 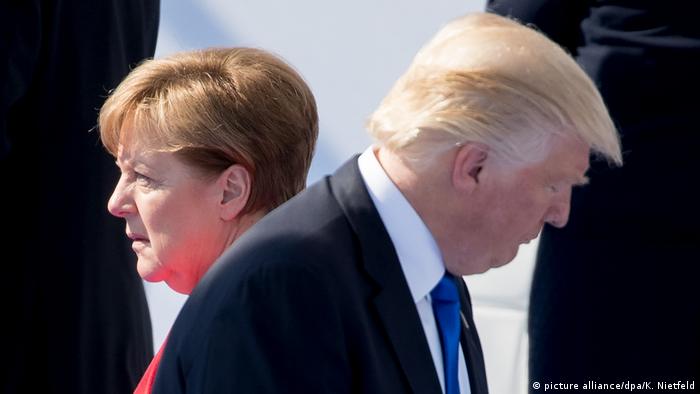 Trump has pulled the US out the Joint Comprehensive Plan of Action (JCPOA), the 2015 deal between Iran and the EU, Russia, China and the US in which Tehran pledged to restrict its nuclear program and not to develop nuclear weapons in return for the relaxation of UN, EU and US sanctions. Trump has characterized the JCPOA as the "worst deal ever" and accused the Iranian government of failing to abide by its provisions.

Germany has vowed to keep the deal alive with the rest of the signatories, although it is unclear whether the agreement has much value to the Iranian leadership without the US in it. It is also uncertain whether German and EU companies that continue doing business with Iran will be hit with punishments from the US.

Trump accuses the EU and Germany in particular of maintaining unfair economic policies toward the US, citing as evidence America's $64 billion dollar (€52.5 billion) trade deficit as evidence of the alleged inequity. On June 1, he imposed trade tariffs on imports of European steel and aluminium. In the past Trump has specifically singled out German cars as a potential target of other, further punitive action. More broadly, Trump's economic protectionism has led to the suspension of negotiations over the proposed Transatlantic Trade and Investment Partnership (TTIP).

Germany supports global free trade and would love to see a revival of TTIP, which the European Commission says would boost the EU's economy by €120 billion ($142 billion) and America's by €90 billion. Germany points out that EU tariffs on American goods as a whole entering the bloc are slightly lower than US tariffs on EU products. Germany has indicated a willingness to renegotiate tariff agreements, the last of which was reached in 1994, but has threatened to respond in kind with duties on US products like motorcycles, blue jeans and bourbon whiskey. The EU is expected to announce countermeasures to the Trump tariffs on July 1.

Trump has accused Germany, most prominently among NATO members, of under-spending on defense — in essence freeloading off America's comparatively massive military expenditures. The US President wants to see Germany commit 2 percent of its GDP on defense in line with a goal set by NATO member states in 2014.

Germany currently spends about 1.2 percent of its GDP (around €37 billion) on defense. The budget proposed by Angela Merkel's latest governing coalition will see those expenditures rise slightly, but not to anywhere near the 2 percent Trump wants. Berlin argues that the relatively large sums it spends on developmental aid (€23.3 billion in 2016) help prevent conflict around the world and should be taken into account as a contribution to international security.

Germany is one of the world's leading advocates of the Paris Agreement to reduce greenhouse gas emissions and combat climate change, calling it "irreversible," although Berlin now acknowledges that Germany itself will not meet the targets for 2020 set out by that deal .

Trump has announced that the US will withdraw from that agreement in November 2020, the earliest possible opportunity for him to do so. While he has flirted with the idea that America could re-enter the deal, Germany has by and large accepted that Trump is unlikely to change his mind on the issue. 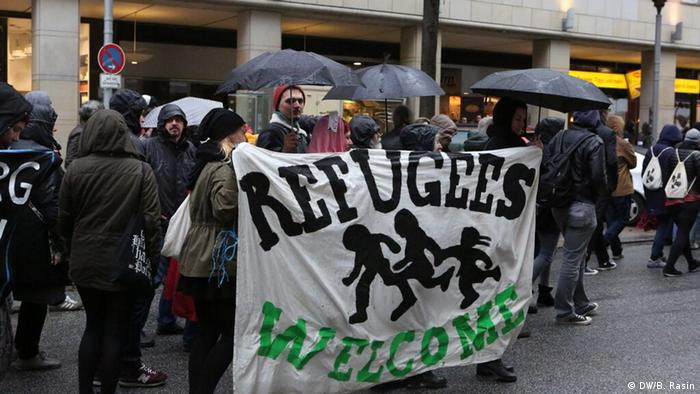 Nowhere is the contrast between Germany under Angela Merkel and the US under Trump starker than on the issue of migrants and refugees. Whereas the populist president campaigned on a promise to build a wall between the US and Mexico to keep out illegal aliens, the centrist chancellor adopted a welcoming policy to the refugee "crisis" of 2015-16.

Shortly after his election victory, Trump told Germany's "Bild" newspaper that Merkel had made "a catastrophic mistake by letting all these illegals into the country." For her part, Merkel has said that a wall on America's southern border would "not solve the problem" of illegal immigration.

Trump has been heavily critical of Berlin's plans for a second natural-gas pipeline in the Baltic Sea connecting Russia with Germany, saying that it would increase German and European dependence upon the Kremlin. Germany would end up paying "billions of dollars" to Russia, Trump claimed, adding "That's not right."

Eastern EU member states highlighted Trump's concerns about the German-Russian natural-gas connection, while Germany has accused Washington of being motivated by a desire to export American liquefied natural gas.

Daily Bulletin registration form: Each evening at 1830 UTC, DW's editors send out a selection of the day's hard news and quality feature journalism. You can sign up to receive it directly here.

Germany expects US metals tariffs to come into force May 1

Berlin holds little hope that the EU will be granted a further exemption from US metals tariffs beyond a May 1 deadline. Washington has offered the bloc a reprieve to speed up talks on a series of trade issues. (26.04.2018)