Tehran has said Europe's attempts to save the 2015 nuclear deal are insufficient. Iran sees a particular problem with European companies halting investment in the country. 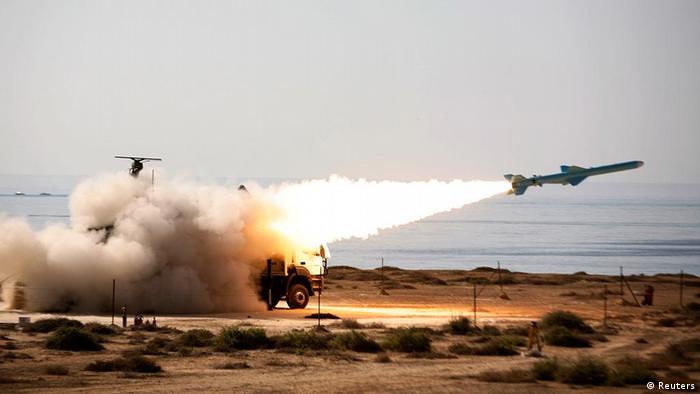 He said he was particularly concerned by the decisions of various European companies to halt their Iranian operations until the future of sanctions was clear.

"With the exit of the United States from the nuclear deal, the expectations of the Iranian public towards the European Union have increased ... and the EU's political support for the nuclear agreement is not sufficient," Zarif said in comments carried by state broadcaster IRIB.

"The cascade of decisions by EU companies to end their activities in Iran makes things much more complicated," he told reporters.

"The EU must take concrete supplementary steps to increase its investments in Iran. The commitments of the EU to apply the nuclear deal are not compatible with the announcement of probable withdrawal by major European companies," Zarif said.

He was speaking after meeting with EU Energy Commissioner Miguel Arias Canete, whose two-day visit to Iran was the first by a Western official since Washington announced its withdrawal from the 2015 nuclear deal earlier this month.

French oil major Total has said it will abandon its $4.8 billion (€4.1 billion) Iranian investment project unless Washington grants it a waiver from sanctions.

Fellow French energy giant, Engie, has said it will halt engineering work in the country before November, when US sanctions are due to be reimposed.

Germany tries to sell the deal

At a meeting of G20 foreign ministers he said, "Giving it up means entering a completely uncertain future as far as the question of nuclear weapons in Iran is concerned."

"It's not really about Iran; it's about our own original security interests, German as well as European."

But it will be difficult to make progress with the deal in Buenos Aires with the absence of several key players on Monday, including Russia's Sergey Lavrov, French Foreign Minister Jean-Yves Le Drian, EU foreign policy chief Federica Mogherini and, most notably, US Secretary of State Mike Pompeo.

Pompeo is scheduled to give a speech on Monday in Washington on the US' hopes of reaching a new nuclear deal with Iran.

German newspaper Welt am Sonntag reported that Germany, France, Britain, Russia and China would be meeting in Vienna this week to discuss how to maintain the nuclear accord.

It said a potential deal would be largely the same as the 2015 deal, but with added stipulations on Iran's ballistic missile program and Tehran's support of armed groups in the Middle East.

But, according to Reuters news agency, unnamed EU sources denied they will discuss offering Iran financial aid in exchange for concessions.

"The Vienna meeting next Friday will address the implementation issues and details" of the deal, one EU source said. "The meeting will not cover any other issues."

Leaders from the United States, Germany, France and the UK have said that Iran's nuclear advances will jeopardize the possibility of a return to a deal regulating Tehran's nuclear program.