Will keeping the Iran deal on life support harm trans-Atlantic ties and revive the EU's relationship with Russia? How cozy will Europe get with the Kremlin to save the agreement? Teri Schultz reports. 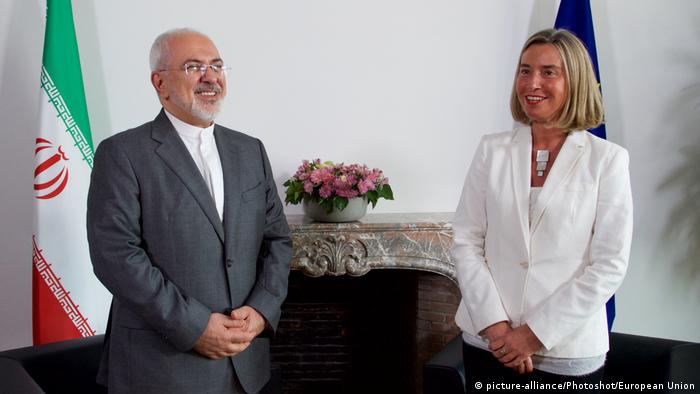 The United States' withdrawal from the Iran deal, despite the personal pleadings of Europe's most powerful politicians, has provided one more example that President Donald Trump has no hesitation in dismissing European interests and trans-Atlantic concerns. European Union leaders are left with distinctly unpleasant choices: To stand up to Trump in efforts to preserve the deal — with US sanctions looming against anyone doing business with Iran — or to acquiesce to whatever Washington wants, even if it means abandoning a UN-approved agreement they brokered and believe in.

To try to save the Iran nuclear agreement and their own dignity, the European signatories to the deal — France, Germany and the United Kingdom — must decide how tightly they can tolerate binding themselves to Moscow, Beijing and Tehran. "This is about trying to play the different parties of the agreement off each other," said Julien Barnes-Dacey with the European Council on Foreign Relations, "to come out in a place where ultimately you can extract some concessions from the Americans to keep the agreement alive even without US participation."

"To [Iranian foreign minister Javad] Zarif the message will be very clear," he went on, "'don't you, Iran, dare do anything that would force us to reconsider by walking away from your own commitments to the deal.' The immediate priority will be to say to the Iranians 'we're going to do what we can, you have to do what you can and we will work towards a contingency plan.'"

'Tricky' but worth a try

Barnes-Dacey told DW this balancing act is going to be "really tricky" but that he expects EU leaders to try. "Such are the merits of the deal and such are the downsides to a total collapse," he added, "that I think even if Europeans don't think there's much to be gained and the likelihood of success is slim, it's still worth taking a shot at it." 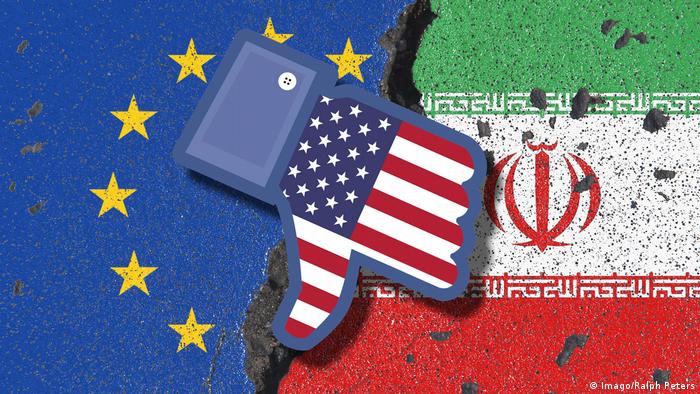 That means circling Russian and Chinese wagons around Iran, along with the British, French and German ones. "There is a fundamental strategic interest within Europe to somehow safeguard elements of the nuclear deal," Barnes-Dacey added. "Russia may be part of that solution including in terms of trying to draw the Americans back in."

That would leave an opening to exploit for those EU countries which have long called for sanctions on Russia to be scaled back or dropped altogether. "The risk is there," acknowledged Roland Freudenstein, policy director of the Wilfried Martens Center for European Studies. Freudenstein said there may be hopes along those lines in Austria, Greece and Hungary, and in the next Italian government. "They see a huge window of opportunity," he added.

Russian Ambassador to the European Union Vladimir Chizhov told DW recently he hoped there would soon be a resumption of not just "business as usual" between the EU and Russia, but "better than usual."

Barnes-Dacey sees a couple of ways Russia could use the fractious situation to its advantage. "One is, clearly, exacerbating divisions between the Europeans and the Americans and I think playing the deal in that manner will clearly be to their interest. The other element will be any opportunity for the Russians to insert themselves more forcefully into the Middle East including via their strategic relationship with the Iranians." He explained that Trump's decision "feeds those with the narrative within Europe who say that you can't trust the Americans any longer, they're good for nothing...let's make real transactional relationships with the Russians who stand by their agreements."

Freudenstein said the Kremlin shouldn't get its hopes up. "The diplomats from the three big member states that are involved in the process of the Iran deal might feel it's necessary to talk to Russia," he said. "But this will not change things on the ground, in the Donbass, in Crimea and in the hybrid warfare that Russia has started against us." And he warned, "If we seriously now forget about our problems with Russia this is going to break the European Union."

Cornelius Adebahr of Carnegie Europe says he believes it's unlikely there will be anything more than a horsetrading rapprochement with Russia. "This is not about re-balancing any kind of alliance because there is no alliance to be had with Russia, and this is what the Europeans will soon realize." But what Europe really does need to worry about, he said, "is the deterioration of the trans-Atlantic relationship itself."

And that's where Barnes-Dacey believes even a strong European protest against the US actions will ultimately crumble, circling back to the EU's inability to stand on its own. "The lack of its own defense security infrastructure, the backdrop of the fierce and tense relationship with Russia all come into play and will ultimately push [Europe] to accept, or at least not to challenge in too hostile a fashion, what the Americans are going to do," he predicted. "They need to preserve that wider strategic relationship even if what Trump is doing is perceived as totally outrageous."