With the US threatening to penalize foreign companies doing business in Iran, European firms are worried. Their fears are likely justified, as Germany's foreign minister has warned there's no easy way to protect them. 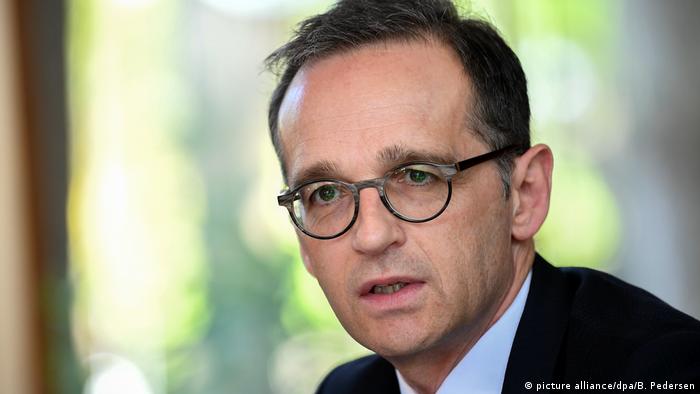 It will be difficult to protect German businesses that continue doing business in Iran after the US reimposes sanctions, Foreign Minister Heiko Maas said on Sunday.

"I don't see any simple solution to shield companies from all the risks of American sanctions," Maas told the German newspaper Bild am Sonntag.

On Tuesday, US President Donald Trump decided to pull his country out of the 2015 Iran nuclear deal and announced Washington would also impose sanctions against Iran.

With Germany, France, Britain and the EU vowing to remain committed to the international deal, businesses have been thrust in the middle. Foreign firms that continue doing business in Iran will face US penalties once the sanctions come into force.

"The talks with the Europeans, Iran and the other signatories to the agreement are therefore also about how it can be possible to continue trade with Iran," Maas said told the paper.

Read more: How will Iran's economy hold up if sanctions return?

The foreign minister said the European partners are working on ways to ensure Iran would continue to abide by the rules of the nuclear deal.

He also reiterated German Chancellor Angela Merkel and French President Emmanuel Macron's stance that a broader deal should be negotiated to address Iran's "problematic role in the region."

"After all, Iran is ready to talk. It's clear that there should also be economic incentives — that will not be easy after the US decision," Maas said.

European leaders are walking a fine line in trying to save the accord with Iran and to safeguard the investments of their companies.

German Finance Minister Olaf Scholz spoke with his US counterpart Steve Mnuchin in order to secure an exemption for German firms from the sanctions penalties, according to a report from German newspaper Handelsblatt on Friday.

Bruno Le Maire, France's finance minister, also said he spoke with Mnuchin about getting an exemption for French firms that are present in Iran, including Renault, Total and Peugeot.

The 2015 deal between major world powers and Iran meant that crippling international sanctions would be lifted in exchange for Iran agreeing to limit its nuclear program.

Iran's foreign minister is due to meet for talks in Brussels this upcoming Tuesday with his German, French and British counterparts.

rs/aw (dpa, Reuters)Each evening at 1830 UTC, DW's editors send out a selection of the day's hard news and quality feature journalism. You can sign up to receive it directly here.