A day after the US pulled out, Chancellor Angela Merkel reaffirmed that Germany and other EU nations support the agreement. But can the European Union offer Iran enough guarantees to convince leaders to stay the course? 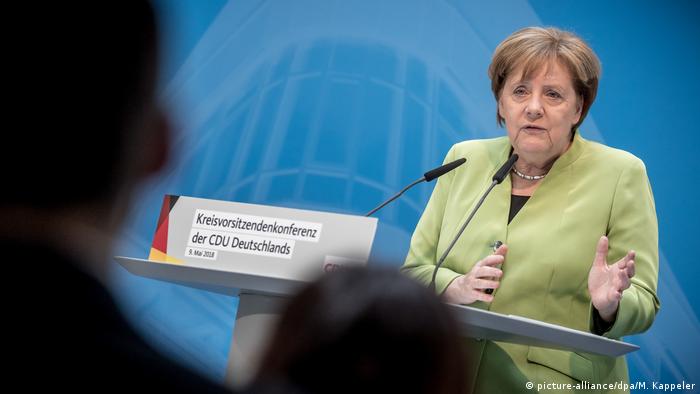 Less than 24 hours after US President Donald Trump announced the United States would reinstate sanctions on Iran, effectively withdrawing his country from the nuclear containment deal, Berlin was keen to project an atmosphere of calm.

Chancellor Angela Merkel held her weekly Cabinet meeting as scheduled and only briefly interrupted a meeting with regional conservative leaders to restate Germany's commitment to the nuclear agreement.

"I think yesterday showed us that we in Europe will have to take more responsibility, " Merkel said. "Germany, France and the UK have decided that we will abide by the agreement, and we will do everything we can to see that Iran also abides by its responsibilities in the future."

Merkel acknowledged that Iran is, in some respects, a destabilizing force in the Middle East. But she called the 2015 agreement, in which Iran agreed to discontinue any nuclear weapons development in return for the easing of sanctions, "an important pillar we don't want to do without."

Merkel did not, however, address what costs the EU would be willing to incur in order to defy the United States and preserve the deal. And that is the crux of whether the deal can be maintained without US participation. 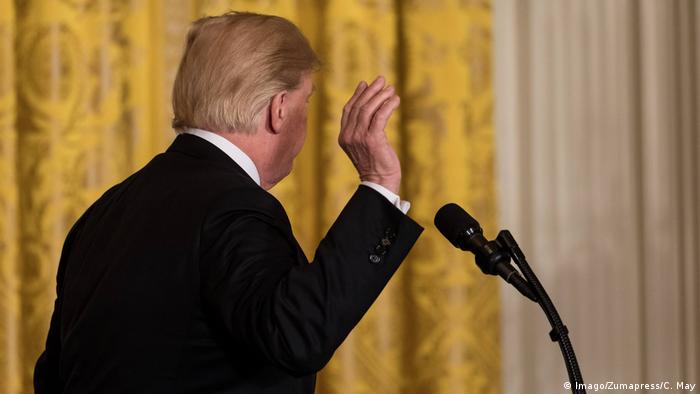 Germany has praised Iran for its measured reaction to the US decision, but it is unclear whether the nuclear deal has much value left for Tehran. Iran's supreme leader Ayatollah Ali Khamenei said the Iranian government should quit the agreement, too, unless it could obtain "real guarantees."

In other words, Iran is likely to demand further concessions on sanctions and economic commitments from the remaining parties to the deal, which also includes China and Russia, in return for continued cooperation.

Meanwhile, Germany has been left trying to figure out what ramifications Trump's decision could have for companies that do business with Iran.

The United States has threatened to slap sanctions on firms unless they discontinue business in Iran. But the specifics remain unclear.

"For us, the main thing is to find out as precisely as possible what the effects are on German businesses," Merkel spokesman Steffen Seibert said at the government's Wednesday press conference. Trump has left it to the Treasury and State departments to implement his decision to end US involvement in the agreement.

'Above all, it works'

Earlier, German Foreign Minister Heiko Maas called Trump's decision "not surprising" but "hard to understand," arguing that the nuclear deal had been a success.

"Our goal is clear: We will continue to abide by the nuclear agreement," Maas told reporters. "It's in our own security interests. So we'll work to ensure the agreement has a future. It's the successful result of many years of diplomatic negotiations. And, above all, it works."

Maas pointed out the inspectors of International Atomic Energy Agency had concluded that Iran was meeting the terms of the agreement and was not trying to develop nuclear weapons. Maas added that the US had provided no alternative to the agreement and that US withdrawal had weakened the position of reformists within Iran. He also encouraged Iran to continue adhering to the agreement.

"Ultimately, it can't be in Iran's interest to risk endangering the path we've gone down with this agreement and the resulting opportunities for Iran," Maas said. "That's why we call upon Iran to react calmly and to continue fulfilling its duties under the agreement."

Underscoring the political unity in Germany on this issue, Andrea Nahles, the head of the Social Democratic Party and who is not a member of Merkel's Cabinet — also lambasted the US president's decision.

"In 3 minutes and 32 seconds, Donald Trump unsettled the world," Nahles said in Berlin on Wednesday. "The American withdrawal from the nuclear deal is a major mistake and has the entire world worried. "

Nahles characterized Trump's decision to withdraw from a deal negotiated jointly by the US, Russia, China, France, the UK and Germany as a "major attack on the trans-Atlantic alliance. " She acknowledged that the threat of secondary sanctions on companies doing business with both the US and Iran would have an effect. But she said she was pleased that France, Germany and the UK had decided to stick with the agreement despite the US withdrawal.

She also had choice words for the new US Ambassador Richard Grenell, who hasn't made any friends in Berlin for a brusque tweet on Tuesday telling German companies to wind down their operations in Iran.

"It's not up to me to teach the US ambassador how to be diplomatic, but he does seem to need a bit of tutoring," Nahles said.