Germany to meet with France, Britain, Russia and China to save Iran nuclear deal: report

In a bid to save the Iran nuclear accord, Germany, France, Britain, Russia and China will meet in Vienna this week. But one major player in the deal will not be attending. 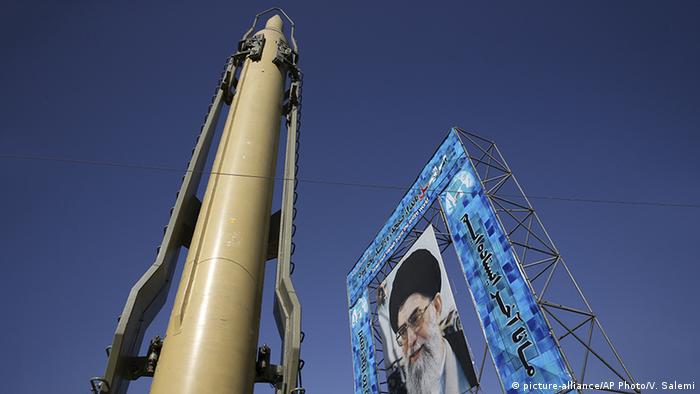 Germany and four other nations will soon meet to discuss how to proceed with the Iran nuclear deal, German newspaper Welt am Sonntag reported on Sunday.

The international community is scrambling to save a deal that keeps Iran from developing nuclear weapons after US President Donald Trump withdrew from the pact.

What the paper reported

Read more: EU to reactivate 'blocking statute' against US sanctions on Iran for European firms

Bringing Trump on board

"We have to get away from the name "Vienna Nuclear Agreement" and add a few additional elements — only then will President Trump agree and lift the sanctions," a top EU diplomat told the paper.

No immediate comment was available from the German Foreign Ministry.

Commitment: The planned meeting shows Europe is committed to ensuring the longevity of the Iran deal, even if it means moving away from the US and working with Moscow, Beijing and Tehran. The EU has said it would be disastrous if the deal falls through.

What is the nuclear deal? Under the 2015 deal, Iran agreed to curb its nuclear program in return for the lifting of most Western sanctions, but the deal did not include Iran's missile program or its support for armed groups in the Middle East. After sanctions were lifted, the Islamic Republic more than doubled its oil exports, which helped lift the country out of a deep recession.

Strengthening trade: The European Commission on Friday began work on a series of measures to shield European companies investing in Iran and support Tehran's economy, in the hope of salvaging the Iran deal. The EU hopes to save the nuclear accord by pumping money into Tehran as long as it complies with the 2015 deal to prevent it from developing an atomic weapon. The EU's energy chief sought to reassure Iran on Saturday that the 28-member bloc remained committed to salvaging the nuclear deal, and strengthening trade with Tehran.

Iran may suffer from military disadvantages, but that doesn't stop it from being a major military player in the Middle East. DW breaks down Iran's military strengths and three parts of its asymmetric defense strategy. (13.05.2018)