No clear benefit from Trump′s reimposing sanctions on Iran | Middle East | News and analysis of events in the Arab world | DW | 20.05.2018

No clear benefit from Trump's reimposing sanctions on Iran

Economists disagree about whether international sanctions truly influence domestic polices. But all signs indicate that the US is making a mistake by hitting Iran with another round of harsh economic penalties. 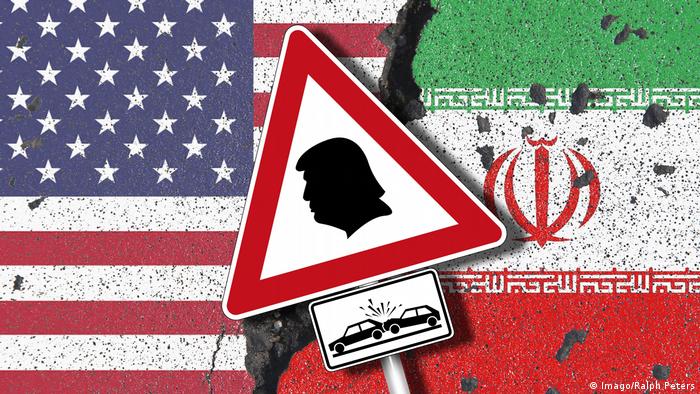 Back in 432 BC, the Greek statesman Pericles tried to exert pressure on the harbor municipality of Megara by, among other measures, barring its ships from Athenian ports for giving shelter to the empire's escaped slaves and other offenses. The arguments about whether sanctions are an effective way of persuading a government to change its policies are just as ancient.

Since the 1990s, Gary Clyde Hufbauer and his colleagues at the US's Peterson Institute for International Economics have built up an extensive database and investigated about 200 cases in detail, from World War I to the beginning of the 21st century.

"They concluded that about a third of all sanctions are effective in changing behavior," said Christian von Soest, the director of the Peace and Security research unit at the German Institute of Global and Area Studies (GIGA) in Hamburg. "But the figure is very controversial. Other researchers say the number is much lower, at only about 5 percent."

It is often unclear what part sanctions play in changing policy, especially in cases in which military pressure is built up at the same time. In addition, sanctions can have different objectives. Sometimes they are intended to influence officials, sometimes to restrict a country's room for maneuver and sometimes as punishment for violating established global norms.

Nations that regularly hold elections appear to be more influenced by sanctions than autocratic regimes are. "This is because in democracies there are more channels through which the people can express their displeasure and thus exert pressure on their own government," GIGA's von Soest said.

Despite uncertainty as to whether sanctions do, in fact, achieve political goals, the measures are certainly capable of harming a country's economy. North Korea has been economically isolated in many ways for years, but there has thus far been no change in the country's domestic policies or outward stance as a result.

Iran is different: Following the sanctions imposed by the EU, UN and US in recent years, the country's oil exports plummeted and its economic output fell by one-third. But that was not the official the reason why an international agreement on Iran's nuclear program was finally negotiated in 2015.

"No state would admit 'we have been forced to act in certain way because of sanctions,'" said Christopher Daase, a political scientist at the Goethe University Frankfurt and chairman of the Peace Research Institute Frankfurt (HSKF). "The reasons for this will always be different. This is why it is very difficult to clarify the exact effect of sanctions."

Daase doubts that the measures announced by the United States against Iran even fit the definition. "Sanctions are actually costs imposed on a country because it has broken a global norm," he said. "But Iran has adhered to the nuclear treaty — and is now to be punished anyway?"

But it isn't just the international pact: US President Donald Trump accuses Iran of promoting terrorism and destabilizing the Middle East in addition to noncompliance with the agreement. "You can, of course, try to react to this behavior with sanctions," Daase said. "But to terminate a treaty entered into for a completely different purpose, the nuclear program, is completely out of the question."

Trump is violating two essential characteristics of successful sanctions. On the one hand, he is confusing his objectives. But, if it is not clear to Iran when sanctions will be lifted, "then the incentive effect of the sanctions is minimal," von Soest said. On the other hand, in order to be effective, it is important "that the sanction are imposed by a unified front and that the sanctioning countries cannot be divided up," he added.

It remains to be seen whether Trump will succeed in forging a united front by exerting economic pressure. However, the HSKF's Daase believes that, without the support of EU nations, Trump may well fail.

"The EU has never been more united on foreign policy and security issues," Daase said. "For them, this is now an opportunity to grow in their ability to handle conflicts with the US and to explore new cooperation opportunities."

In fact, it appears that flouting the norms of sanctions could be a mistake on the part of the US president — especially if Trump is genuinely concerned with Iran.

"But it's not just about the containment of Iran," Daase said. Domestic political goals and the question of how the US electorate perceives him are also important for Trump, he added: "It's about his credibility, asserting his will and the chance to present himself as a powerful man."