US President Donald Trump has once more attacked the EU over trade barriers and threatened to slap a tax on imports of European cars. His comments come amid fears of a trade war over new US steel and aluminum tariffs. 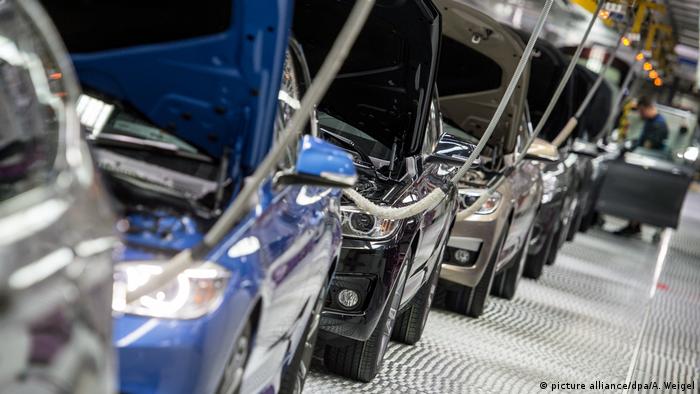 US President Donald Trump has upped the ante in an ongoing row over trade tariffs, saying that if the European Union did not lower its trade barriers on US products, he would consider introducing import tariffs for European cars, adding, "We're gonna tax Mercedes-Benz, we're gonna tax BMW."

Trump said on Twitter that the EU had objected to planned new import tariffs on steel and aluminum while itself imposing "horrific" trade barriers on US products.

Such import taxes on cars would be especially problematic for Germany, a German foreign trade expert said on Sunday.

"Tariffs on cars would have very different consequences for Germany than tariffs on steel," Gabriel Felbermayr of the Munich-based ifo economic institute told the Sunday edition of the Frankfurter Allgemeine Zeitung.

He said the auto industry was "systemically relevant" for the German economy, with the USA being an important market. German automakers sell thousands of vehicles in the United States, many of which are made in US factories. 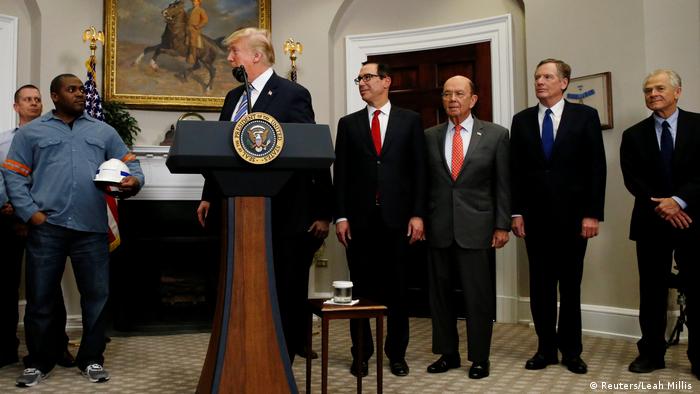 'A trade war helps no one'

German and European politicians are continuing to fight back against the tariffs of 25 percent on steel and 10 percent on aluminum set by Trump on Thursday and due to go into force in 15 days.

Jens Spahn, state secretary in the German Finance Ministry, on Sunday called for negotiations, saying that "a trade war helped no one."

"We Europeans must band together resolutely and try to convince our American partners," Spahn told newspapers of the Funke media group to be published on Monday. Spahn is set to become health minister in Germany's next government.

German Chancellor Angela Merkel has also urged negotiations amid fears of a tit-for-tat war that could result in higher prices and reduced growth around the world.

"Trump's policies are putting the order of a free global economy at risk," Zypries told Reuters news agency in an emailed statement.

"He does not want to understand its architecture, which is based on a rule-based system of open markets. Anyone who is questioning this is jeopardizing prosperity, growth and employment," she added.

Negotiations between the European Trade Commissioner Cecilia Malmström and US Trade Representative Robert Lighthizer are to continue next week after first talks failed to defuse the row.

Brussels has already announced a list of US products it could hit with countermeasures — including oranges, tobacco, peanut butter and bourbon — if its exports are affected by the tariffs, with European Commission head Jean-Claude Juncker saying the EU could match "stupid with stupid."

The two nations have agreed to end a trade dispute. The tariffs were imposed by former US President Donald Trump on national security grounds.

The United States has agreed to reduce tariffs on EU steel in return for a relaxation of countertariffs on US products, both sides said. Motorcycles, bourbon, peanut butter and jeans may get cheaper in the EU.