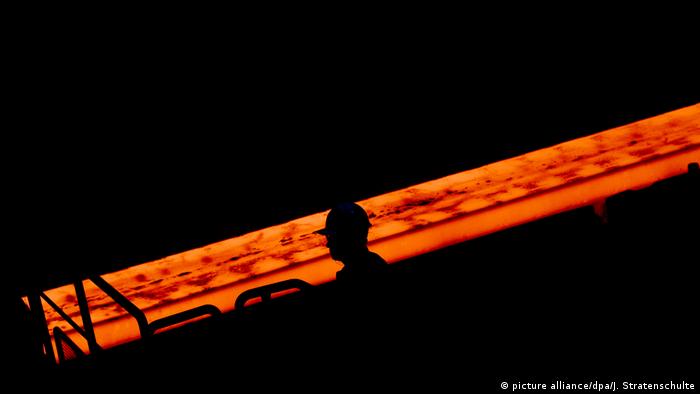 EU Trade Commissioner Cecilia Malmstrom had a "frank discussion" about the upcoming US tariffs on imported steel and aluminum with US trade representative Robert Lighthizer on Saturday. The EU, however, did not leave the meeting with the exemption from the new tariffs it is looking for.

The meeting, originally scheduled to address China's oversupply of steel, was also attended by Japan's trade minister, Hiroshige Seko. Japan, like the EU, called on the US to grant it an exception from the steep new tariffs on steel and aluminum.

"As a close security and trade partner of the US, the EU must be excluded from the announced measures," Malmstrom wrote on Twitter. "No immediate clarity on the exact US procedure for exemption however, so discussions will continue next week."

Later in the day, US President Donald Trump took to Twitter asking EU to drop its "horrific barriers and tariffs." He added that the US would reciprocate by dropping its tariffs. He also repeated his threat to impose tariffs on European cars.

Japan's Seko said he also had expressed concern to Lighthizer and warned of major market disruption.

"We call for calm-headed behavior," he told reporters in Brussels.

The minister also said that Tokyo's response would be in line with the rules of the World Trade Organization:

"If there is a violation, then we will seek consultations," he said. "We will look at the impact on Japanese businesses and make a final decision."

Lighthizer made no public comments following the Saturday talks.

Exemptions for 'real friends' of the US

The US tariffs are set to go into effect in less than two weeks. However, President Trump, who justified the measures by saying they would protect US national security interests, said "real friends" of the US might be exempt.

Brussels immediately asked for an exemption and threatened countermeasures on US-made goods if rejected. Some 15 percent of steel on the US market comes from the EU, and the tariffs would be a heavy blow for the 28-member bloc.

Previously, EU Commission Vice President Jyrki Katainen sought to manage expectations of the Saturday summit, saying it was "a meeting, not THE meeting" on tariffs, with talks set to continue next week.