What will happen to the Green Climate Fund without the US? | Environment| All topics from climate change to conservation | DW | 02.06.2017

President Donald Trump has officially announced that the US will leave the Paris Agreement. What does that mean for the Green Climate Fund, which helps developing countries adapt to climate change? DW explains. 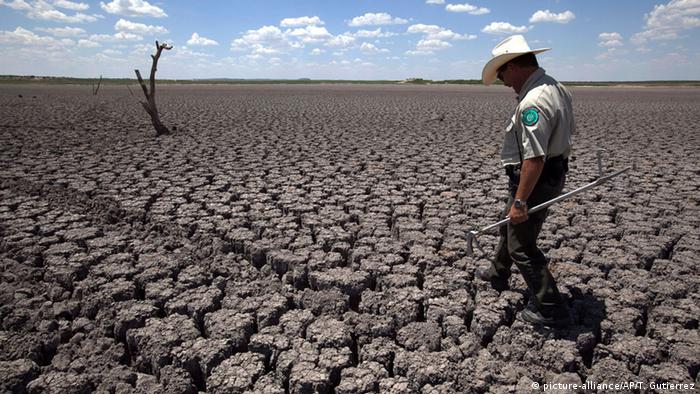 What is the Green Climate Fund and why does it matter?

As temperatures rise and oceans warm, countries in the global south will face even harsher climate change repercussions, with weather disasters more likely to happen on a warmer planet.

The Green Climate Fund was founded as a means to assist these developing countries in adopting practices to cope with the consequences of climate change.

The governments of industrialized economies formally agreed to mobilize $100 billion (87 billion euros) per year by 2020 through public as well as private funds. The money will be invested in projects, programs and policies, such as renewable energy, to counter climate change. 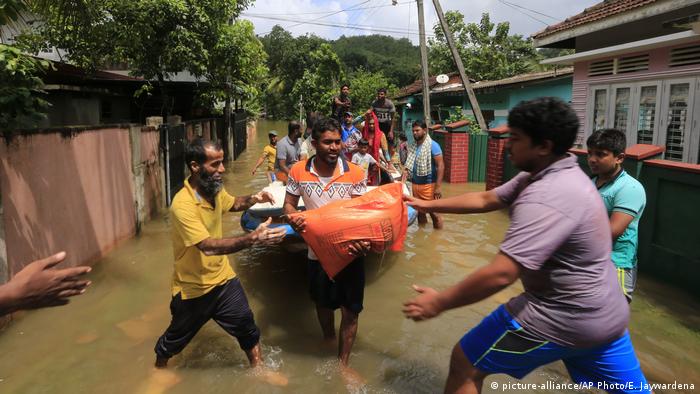 Who pays into the Green Climate Fund and how much money has been raised?

The total sum of $100 billion won't come from the countries' own budgets alone, but also from bilateral, multilateral and private funds. Even cities, organizations and individual citizens can contribute.

At a pledging conference in late 2014 in Berlin, 30 nations announced their own contributions to the fund's "initial resource mobilization period," which runs from 2015 until 2018.

Back then, the pledges totaled $9.3 billion, with the US being the largest contributor ($3 billion), followed by Japan ($1.5 billion), the United Kingdom ($1.1 billion), France and Germany ($1 billion each).

Since then, many of these nations have increased their pledges and more countries have joined the fund, including China, which pledged to give $3.1 billion over a non-specific timeframe. 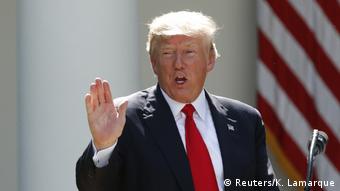 But now, one nation has dropped out of the deal - and that is none other than the country that had promised the most - the US. Under former president Barack Obama, the US pledged the amount it did based on the fact that it is the world's largest economic power.

The US paid a total of $1 billion into the fund under the Obama administration. In fact, Obama paid the second installment of $500 million right before Trump took office in January, which the new president immediately criticized. Because this amount has already been paid, Trump won't be able to take it back again.

But the $2 billion that the US still legally owes will not be paid under Trump anymore. That's roughly 20 percent of the total sum that was supposed to be paid by 2018 by all nations in the first round of funding.

Legally, Trump is thereby breaching a contract that was signed by the US at the Paris climate conference. But there is no entity the Green Climate Fund could go to in order to sue the US for the missing money.

So where will the missing money come from?

A total amount of $10.3 billion has been legally pledged and signed to be paid into the fund by 43 countries by 2018. Out of that sum, $6.5 billion has already been paid, with Japan as the biggest contributor, followed by the US, UK, Germany, France and Sweden. That amount is safe and cannot be taken back.

But now that Donald Trump has officially announced his intention to leave the Paris Agreement, which is where the countries had officially signed their pledges, the Green Climate Fund is short $2 billion.

German environment minister Barbara Hendricks said in a radio interview with German public broadcaster WDR 5 that other countries won't be expected to make up the missing sum.

"I'm sure we'll manage to mobilize funds from development banks or the World Bank to finance what is necessary. But it won't just be passed on to the other countries," she said.

Lutz Weischer, team leader of international climate politics at the German NGO Germanwatch, told DW that the US is sending a bad signal to developing countries by refusing to pay the remaining $2 billion.

He stressed, however, that the pledges of all the other countries are still enough for the fund to keep running for now. And he said that global support for the Green Climate Fund is stronger than ever.

Natural catastrophes and changing climate could have devastating effects on cities in developing countries, the World Bank has said. As a result, over 77 million people could slide into poverty. (12.10.2016)