During meetings with EU leaders, US President Donald Trump threatened to curb the sale of millions of German cars in the US. In comments leaked to German press he said Germany was acting in a bad way. 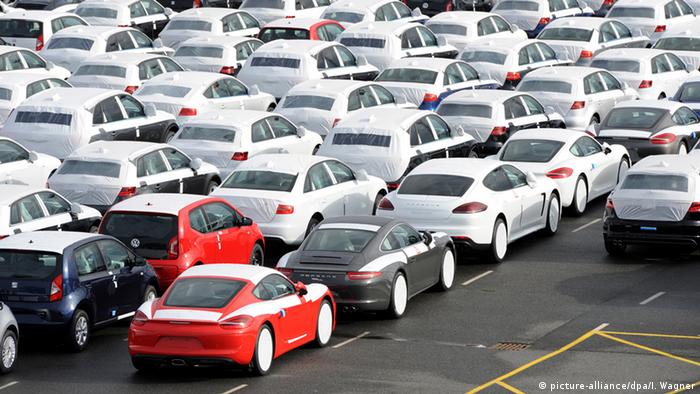 While in Brussels Thursday US President Donald Trump told European leaders that Germany was being unfair with its trade arrangements, German media reported on Thursday.

"Look at the millions of cars they sell in the US. Terrible! We'll stop that," Trump said, according to sources inside who spoke with the magazine.

Juncker reportedly defended the Germans, saying free trade was a good thing for everyone.

According to US figures government figures, Germany had a $64 billion trade surplus with the US in 2016.

Trump has previously condemned German car-makers for importing cars into the US, threatening them with a 35 percent tariff.

"If you want to build cars in the world, then I wish you all the best. You can build cars for the United States, but for every car that comes to the USA, you will pay 35 percent tax," Trump told German tabloid "Bild" in January in remarks translated into German.

"I would tell BMW that if you are building a factory in Mexico and plan to sell cars to the USA, without a 35 percent tax, then you can forget that," Trump said.

In March Trump signed executive orders to initiate a large-scale review of the causes of the American trade deficits with some of its largest trading partners - including China and Germany - and order stricter enforcement of US anti-dumping laws to prevent foreign manufacturers from undercutting US companies by selling goods at an unfair price.

In April Germany's finance minister rejected US claims that Germany's trade surplus was a sign of unfair policies and called on the Trump administration to remain engaged in trade liberalization.

In public comments after Thursday's meeting Tusk said the two sides agreed on a number of issues and reaffirmed counter-terrorism cooperation, but clashed on others.

Later in the day Trump met with NATO leaders and repeated calls for members of the military alliance to pay more, saying that payments must make up for "the years lost."

China, Germany urge US not to ditch Paris climate accord

At climate change talks in Berlin, Germany and China have called for the US to remain a party to the Paris climate accord. US President Donald Trump has said the US might pull out, having called global warming a hoax. (22.05.2017)