US President Donald Trump is launching a campaign to pinpoint nations and goods responsible for his country's huge trade deficit. It's a protectionist warning shot directed at trade partners like China and Germany. 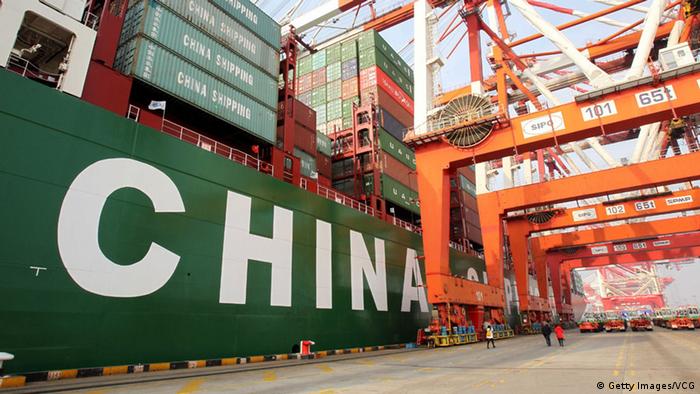 Trump's executive orders will initiate a large-scale review of the causes of the American trade deficits with some of its largest trading partners - including China and Germany - and order stricter enforcement of US anti-dumping laws to prevent foreign manufacturers from undercutting US companies by selling goods at an unfair price.

They show the administration's ongoing efforts to shift toward policies aimed at bolstering US manufacturing and making good on Trump's campaign rhetoric decrying other countries for taking advantage of the US's free trade policies. Briefing reporters at the White House on Thursday, Commerce Secretary Wilbur Ross and Peter Navarro, director of the National Trade Council, insisted the measures were not aimed at putting China on notice ahead of that first hotly anticipated meeting between the two world leaders.

"These actions are designed to let the world know that this is another step in the president fulfilling his campaign promise to tackle trade abuses]," Ross said.

Both executive orders aim to the sources of the US's trade deficit with China, which Trump argues has led to the loss of millions of US jobs and the decline of US manufacturing. The review will look for evidence of cheating, inappropriate behavior and trade deals "that have not lived up to their promises." Also under scrutiny are "currency misalignment and troublesome WTO constraints."

Getting serious on duties

"Needless to say, the No. 1 source of the deficit is China," Ross argued, before listing more than a dozen other countries that would potentially be involved, including Germany, Japan and Mexico.

Ross admitted, though, that the presence of a deficit did not necessarily mean that retaliatory or remedial action would be taken.

"It's a little bit hard to say that someone is an evil-doer, if they're providing a product we can't," he stated. "In some cases, it will simply be that they are better at making the product or can do it far cheaper than we can."

In a second executive order, the US administration will look at ways the US can better recover trade duties on products that are subsidized by foreign governments or dumped on the US market.

On Thursday, the US Department of Commerce announced that seven foreign producers dumped certain carbon and alloy steel products in the US.

"The determination of dumping, or selling a product below its fair price, applies to imports from Austria, Belgium, France, Germany, Italy, Japan, South Korea and Taiwan," it said in a statement.

Concerning Germany, irregularities were found with regard to Dillinger Hüttenwerke and the Salzgitter Group, which were accused of dumping prices.

In response to the move, German Foreign Minister Sigmar Gabriel on Friday urged Brussels to file a complaint at the World Trade Organizaion against the US over planned duties on steel plate imports from five EU member countries.

Gabriel said the US seemed prepared to give US companies "unfair competitive advantage" over European producers, even though this violated international trade legislation.

US overtakes France as Germany's No. 1 trading partner