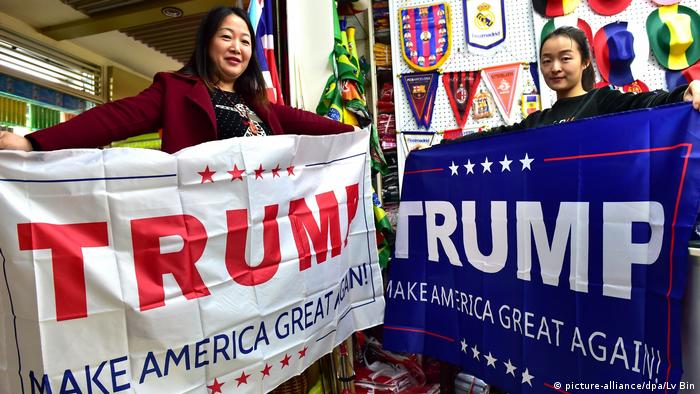 Peter Navarro, who advised Donald Trump during his election campaign, is an outspoken critic of China's economic and military policies. The University of California-Irvine professor has authored several books which include "The Coming China Wars" and "Death by China."

On Wednesday, the Trump transition team said the creation of the council "demonstrates the president-elect's determination to make American manufacturing great again."

Donald Trump blamed multilateral trade deals with Mexico and China for the loss of millions of industrial jobs in the United States. He vowed to renegotiate the agreements when he takes office next month.

Trump also promised to act against companies that shift production from the US to other countries by imposing a 35 percent punitive tax on their exports from those countries back to the US.

Navarro dismissed warnings that imposing sanctions on China could force China to retaliate by targeting US imports.

In an interview with DW, Heribert Dieter, a trade expert at the German Institute for International and Security Affairs (SWP), talks about the growing US-Chinese dispute over trade. 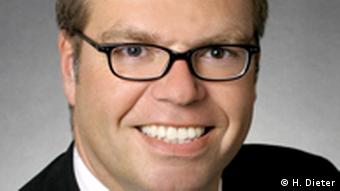 Heribert Dieter: 'The Chinese government is under pressure to maintain growth'

DW: The US is one of China's biggest trading partners. To what extent Beijing can afford a trade dispute with Washington?

Heribert Dieter: Both countries depend on each other - China needs the US market, whereas the US depends on Chinese goods and capital. Because of this mutual dependence, neither side would want to risk too much.

The incoming US president has been critical of the influx of Chinese products, which he says has resulted in unemployment and a rise in poverty in the US. Trump says he wants to do something about it.

If the conflict is prolonged, which country will suffer more?

The stakes would be higher for China in the short term, because its political system seeks legitimacy from sustained economic growth. But there are also considerable risks for the US, although it is very unlikely that China would sell the large holdings of US bonds as a retaliatory measure - because in that scenario Beijing would also suffer from plummeting bond prices.

Do you think that Trump will really act on his threat and impose punitive tariffs on Chinese import goods?

A few years ago, some economists close to the Democratic Party called for punitive tariffs on Chinese imports to the US. So it's not a new idea. However, the American economy has suffered a great deal because of an enormous influx of imports. But this will eventually change, as wages in China have been on the rise for many years, and there is not much difference now in the production costs.

I think that Trump will continue his threats to impose punitive tariffs, but at the same time will try to strike some kind of a deal with Beijing. President Reagan used the same strategy in the 1980s, when he negotiated a deal with Tokyo to reduce Japanese exports to the US.

The two countries' supply chains are interlinked, and China still holds US bonds worth more than $1 trillion. What role will these factors play in the conflict?

The Chinese government is under pressure. Lately, Japan has surpassed China to become the biggest foreign holder of American debt and it's not likely to sell these bonds in the near future. China's enormous holdings of foreign currency – US dollars as well as euros – have been gradually shrinking. This means that there is an outflow of capital, especially the capital from private investors. It also shows mistrust on part of the people who want to move their money abroad rather than keeping it in their country. It seems they have little confidence in China's future economic outlook.

Heribert Dieter is a Berlin-based trade expert at the German Institute for International and Security Affairs (SWP).

The interview was conducted by Thomas Kohlmann.