US companies warn of trade war with China | Business| Economy and finance news from a German perspective | DW | 18.01.2017

US companies warn of trade war with China

US companies operating in China have warned the future administration under Donald Trump against heading toward a trade war with China. They said excessive US import tariffs were likely to trigger retaliation. 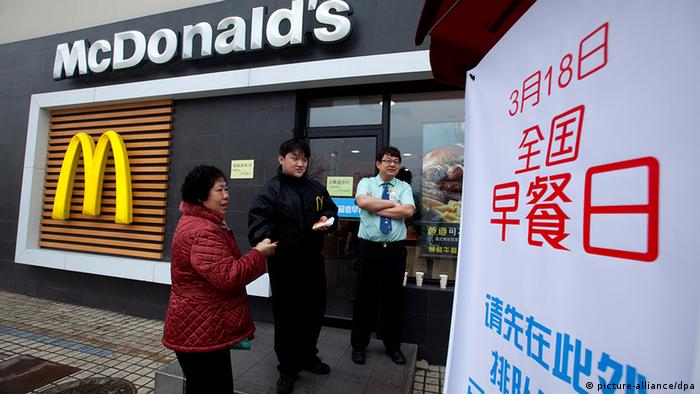 In a fresh survey presented Wednesday, the American Chamber of Commerce warned of a full-blown trade war with China, indicating that the Asian nation had the means and the resolve to retaliate, should the incoming Trump administration treat China unfairly by imposing high import tariffs of up to 45 percent and other measures.

In a reflection of US firms' concerns, the chamber's chairman, William Zarit, said he was planning to send a group of businesspeople to Washington in February to meet lawmakers and Trump administration officials.

"We certainly are not going to lecture the administration, but will share our ideas on a win-win path forward," Zarit said in a statement.

Lester Ross, a board member of the American Chamber of Commerce, complained about more and more US companies being frustrated by Chinese market barriers, but warned that reckless action with a view to rectifying the situation might trigger retaliation.

"China has indeed threatened to and is preparing to take steps in retaliation, if such actions take place," Ross said.

The US and China have one of the world's biggest and most complex trading relationships, but US firms increasingly complain Beijing is blocking access to technology and other promising industries.

While Beijing has promised to open more sectors to foreign companies, it has also issued new rules on electric car manufacturing, data security, internet censorship and other fields.

The US chamber said 81 percent of business leaders taking part in its latest poll said they felt "less welcome" in China, up from 77 percent last year.

And 83 percent of respondents expected US-Chinese ties to remain the same or deteriorate in 2017. The survey said the big question for US businesses was what steps both governments would take to ensure a positive business environment.