Trump calls on NATO members to contribute 'their fair share'

NATO members are hoping to appease US President Donald Trump with firmer plans to increase national defense spending. Trump has once again urged NATO members to pay more, saying 2 percent of GDP was the minimum.

US President Donald Trump on Thursday repeated calls for members of the NATO military alliance to pay more, saying that payments must make up for "the years lost."

Speaking in Brussels at his first NATO summit, Trump said 23 of the 28 NATO allies owed "massive amounts of money" and that this was "not fair to the people and tax payers of the United States."

He also urged his NATO counterparts to fight terrorism, and to make the management of immigration a priority.

"You have thousands and thousands of people pouring into our various countries and spreading throughout, and in many cases we have no idea who they are," he said.

Trump repeatedly cited uncontrolled immigration as a major driver of crime and terrrorism during his presidential campaign, and, as president, has tried to introduce a travel ban on people wanting to enter the US from six majority-Muslim countries.

Leaders agreed to develop annual national plans to meet the 2 percent target, he said. The first set of reports on these plans will be completed in December.

Stoltenberg said the plans would also detail the types of military equipment members wanted to purchase and how they intended to contribute to NATO operations. NATO defense ministers would review the plans in February.

The agreement confirms a NATO decision from 2011 to increasing spending toward 2 percent of GDP by 2024.

German Chancellor Angela Merkel said that "confirm means: not more and not less." 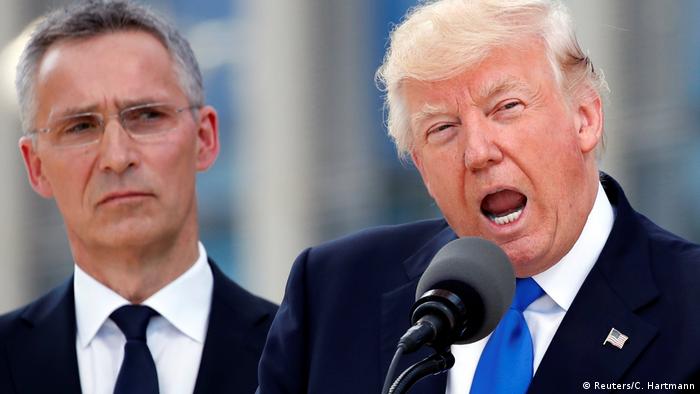 His comments came after he began the meeting by leading a moment's silence for victims of the Manchester bombing, which he described as "a barbaric and vicious attack on our civilization."

Ahead of the NATO meeting, Trump issued a written statement in which he called leaks of sensitive British information about the attack to the US press "deeply troubling," and said he was asking the Justice Department and other agencies to "launch a complete review of this matter."

The statement comes amid anger from Britain about the intelligence leaks, and a decision by Manchester police to withhold information from the United States about the investigation into this week's bombing, in which 22 people died.

British Prime Minister Theresa May is expected to confront Trump over concerns that US officials might be behind the leaks to media outlets. 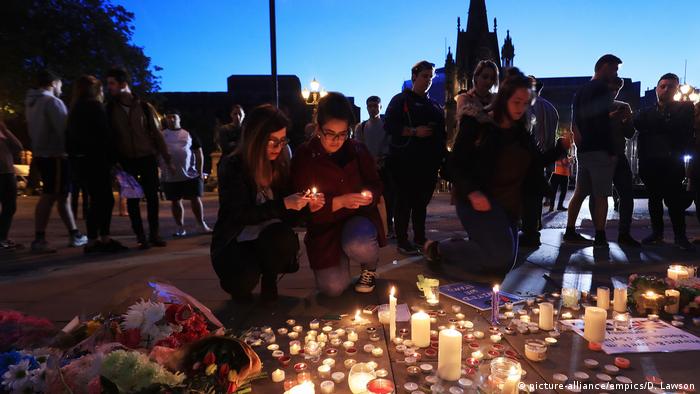 The bomb attack in Manchester was the worst in Britain since the July 7, 2005 attacks

Trump also unveiled a memorial to the September 11, 2001 attacks on New York and Washington at the new NATO headquarters,

"The NATO of the future must include a great focus on terrorism and immigration as well as threats from Russia and NATO's eastern and southern borders," he said at the unveiling.

In his speech at the ceremony, the US president made no explicit reference to Article 5 of the NATO treaty, the mutual defense pact that commits allies to defend any of the 28 members that come under attack. Article 5 has been activated only once - after the 9/11 attacks.

Trump has so far refused to personally commit to Article 5.

"Germany will not forget the contribution NATO made in order to reunify our country. This is why we will indeed make our contribution to security and solidarity in the common alliance," she said.
Read: Trump says NATO is 'no longer obsolete' 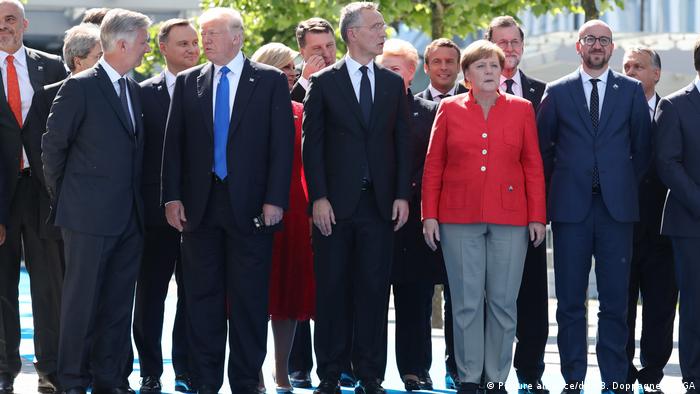 Earlier in the day, Trump met with EU officials in Brussels in a bid to smooth over relations after he championed Brexit and criticized the bloc on the campaign trail. 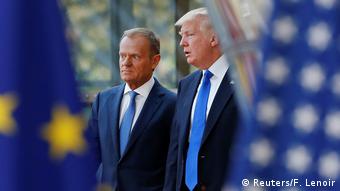 Trump met with EU leaders ahead of a NATO summit

But after the meeting, Tusk said there were also differences over several key issues.

"We agreed on many areas, first and foremost on counter-terrorism. Some issues remain open, like climate and trade. And I am not 100 percent sure that we can say today - we means the president and myself - that we have a common position, common opinions about Russia," said Tusk.

Trump has softened his criticism of NATO and the European Union since coming to office, and EU officials suggested that he expressed concern on Thursday that Brexit could cost US jobs.

European leaders have also been urging Trump to keep US commitments to the Paris climate deal to reduce greenhouse gases.

US President Donald Trump is meeting NATO and EU leaders in Brussels after his arrival was marked by 9,000 people marching through the city with "Trump not welcome" placards. Memorials are to be unveiled. (25.05.2017)

Members of the military alliance have agreed to formally join the coalition against the "Islamic State" extremist group. France and Germany were said to have greenlighted the "purely symbolic" plan. (24.05.2017)

The US president and the head of the Catholic Church have clashed on a number of key issues. But both men emerged smiling from their private audience, with the president saying he "wouldn't forget" Pope Francis' words. (24.05.2017)