The appointment of the controversial US ambassador to Germany signals renewed American interest in solving the Balkan conflict. But it also has potential to further sour relations between Berlin and Washington. President Donald Trump has selected the US ambassador to Germany, Richard Grenell, as his administration's special envoy to Serbia and Kosovo, the White House announced Thursday.

The surprise appointment symbolizes Washington's renewed focus on solving the decadeslong conflict between the Balkan neighbors, diplomatic sources told DW. Grenell's appointment follows that of the US State Department's Matthew Palmer as the US special representative to the Western Balkans last month.

Analysts, however, contend that the controversial ambassador, who will retain his post in Berlin while negotiating the Balkan conflict, could further strain relations between Berlin and Washington and diminish the ability of Western powers to broker peace with one common voice. 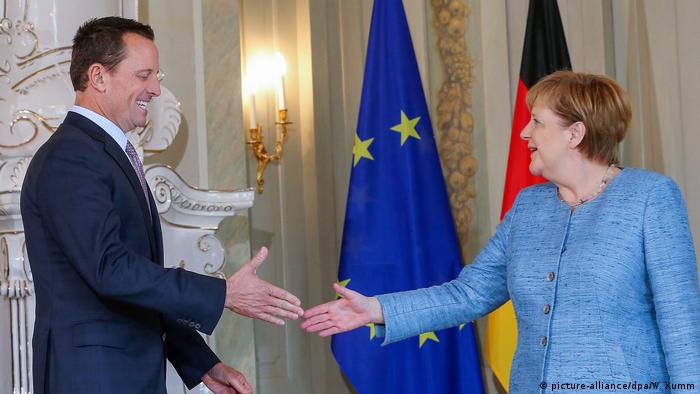 Grenell's short tenure as ambassador to Germany is dotted with controversies that have made him a contentious figure in Berlin — from chastising German business interests in Iran just hours after his appointment to telling right-wing website Breitbart about his desire to "empower other conservatives throughout Europe.”

"What this man is doing is unheard of in international diplomacy," Martin Schulz, a previous candidate for German chancellor, told the German press agency dpa at the time. "If a German ambassador were to say in Washington that he is there to boost the Democrats, he would have been kicked out immediately."

Before his move to Berlin, however, Grenell was the longest-serving US spokesman to the United Nations. This experience makes him more than qualified to mediate competing interests that have long cast shadows on any peace deal between Serbia and Kosovo, a high-level Balkan diplomat told DW under the condition of anonymity.

Moreover, Grenell's proximity to both Trump and Chancellor Angela Merkel's government in Berlin opens a direct line of communication between the Balkans, Washington and Europe, the diplomat added.

That could expedite the minting of a trans-Atlantic consensus on how to solve the conflict, and thus the integration of both Kosovo and Serbia into NATO, the UN and the EU, Kosovo President Hashim Thaci said Friday via social media. "We are more confident now in the process of the dialogue," he wrote.

Kosovo and Serbia still remain at diplomatic loggerheads 20 years after the NATO bombing of Serbia at the end of the Yugoslav wars in 1999.

The ethnic violence at the heart of the conflict between the two Balkan neighbors has all but subsided. But Serbia still hasn't recognized Kosovo's statehood since it declared its sovereignty almost 12 years ago, which remains the primary roadblock to Serbia's bid to join the EU. Meanwhile, the two routinely block one another's foreign-policy initiatives in international forums.

Last summer, however, the respective leaders of Kosovo and Serbia had a controversial idea for ending the stalemate: Kosovo would cede control of an ethnic-Serb province in the country's north in exchange for Serbia's Presevo Valley, an ethnically Albanian region, as well as Serbia's recognition of its statehood.

The Trump administration signaled it was open to the deal, while the German government and other EU members vehemently rejected it, reigniting tensions between Serbs and Kosovars and putting negotiations on ice once again.

"We do not want to open this Pandora's box, and I can only advise everyone not to open this discussion again," Michael Roth, Germany's deputy foreign minister, recently told DW. "This is a failed concept from the 19th and early 20th centuries." 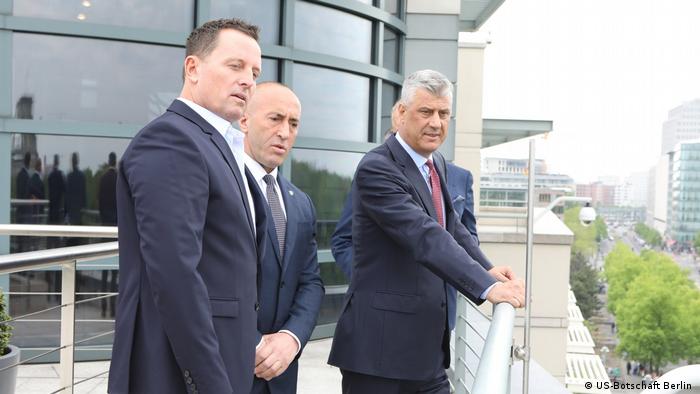 Grenell, here with Kosovar leaders, wants to open a direct line of communication between the Balkans, the US and Europe

But with Germany seen as the key actor at the negotiating table, Grenell's appointment is a sign that the US wants to appeal directly to Berlin to quash differences in their plans for the region, James Ker-Lindsay, a visiting professor of conflict, peace and security in southeast Europe at the London School of Economics, told DW.

An olive branch between power brokers in the negotiations is badly needed, especially as Kosovars take to the polls on Sunday to elect a new parliament. "It's about keeping an open agenda, which is something the two sides can agree on," he added.

But the fact that Grenell is so reviled in political circles in Berlin begs the question: Is Grenell really the right person to do this?

"To persuade Berlin, he's maybe not the best person for many reasons," said Ker-Lindsay. "His appointment is very confusing on many levels."

Photos and stories, little sweaters and shoes, a cradle and marbles: An exhibition remembers children killed in the Kosovo War, which ended 20 years ago. (09.06.2019)

After many years of silence, hundreds of survivors of sexual violence during the Kosovo war have decided to come forward. Researchers argue that this crime was a weapon of "ethnic cleansing." (09.12.2018)

Two nationalist parties have emerged as winners in Kosovo's parliamentary elections. This does not bode well for relations with neighboring states or the EU, writes DW's Adelheid Feilcke. (13.06.2017)