Kosovo is headed for a snap election after its lawmakers voted to dissolve the national assembly. Previously, Prime Minister Ramush Haradinaj resigned to face an inquiry over war crimes. 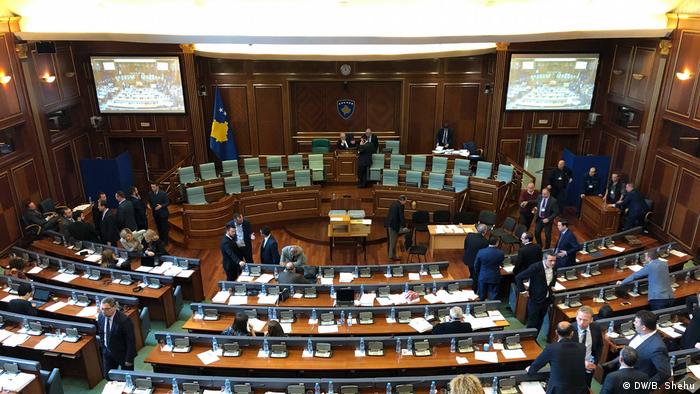 Members of Kosovo parliament backed the motion to dissolve the legislature on Thursday, leaving President Hashim Thaci a 45-day deadline to call for a new election.

Thaci reportedly mentioned October 6 as a possible date for the snap poll, according to a source cited by Kosovo daily Koha Ditore.

The move comes after former guerrilla commander Ramush Haradinaj resigned as prime minister last month. An EU-backed court demanded Haradinaj appear at The Hague for questioning over his actions in the 1998-1999 insurgency against Serbian forces. While stepping down, Haradinaj stressed he was a suspect, but not facing charges.

Read more: Haradinaj resignation as a political bombshell in Kosovo

Haradinaj also said he intends to run in the next election.

On Thursday, Haradinaj hailed the vote as a "signal of a high degree of maturity and democracy".
The 51-year-old politician has already been acquitted twice on charges of war crimes by a different Hague-based court. He has repeatedly denied any wrongdoing during the war. Earlier this year, however, he was criticized for appointing Sylejman Selimi, a convicted war criminal and another militant commander, as his political advisor.

Kosovo President Hashim Thaci was also a leader of the Kosovo Liberation Army (KLA) during the conflict.

Coronavirus: Germany recommends AstraZeneca vaccine for under-65s only 39m ago