Opinion: A political bombshell in Kosovo

Kosovo Prime Minister Ramush Haradinaj has surprisingly resigned after being requested to face a special war crimes tribunal in The Hague. This will have far-reaching political consequences, says Vilma Filaj-Ballvora. 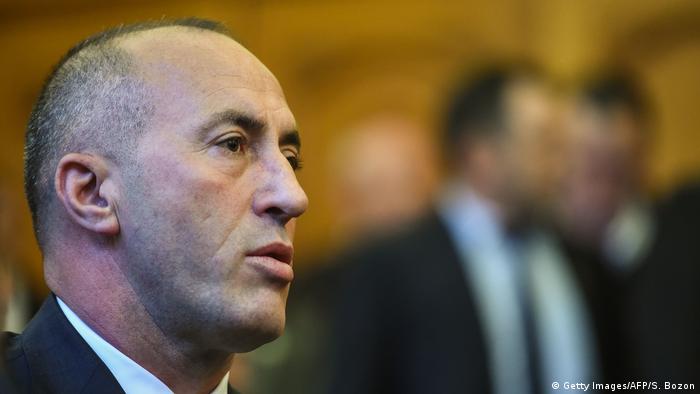 Twenty years after the end of the Kosovo War, many wounds have yet to heal. To this day, many of those who perpetrated war crimes have escaped justice. And reconciliation between Serbia and Kosovo seems a remote prospect.

Nevertheless, there is some good news. Kosovo's parliament has agreed to the creation of a special tribunal to investigate the crimes of Kosovo Albanians during the war. The tribunal, which is based in The Hague, has already collected evidence and begun to question witnesses.

Now, the court has made headlines by requesting to question none other than Kosovo Prime Minister Ramush Haradinaj, a former officer and leader of the Kosovo Liberation Army (KLA). His court hearing is set for next week. In response, Haradinaj has resigned from office.

This will be the second time that Haradinaj has voluntarily traveled  to The Hague to be heard in court. Back in 2005, he also resigned from the position as head of government for the same reason. Serbian authorities accuse the former KLA officer of having committed crimes against Serbian civilians during the Kosovo War. He was acquitted in 2005 due to lack of evidence, though rumors that witnesses had been intimated and even murdered persisted. Even so, when Haradinaj returned to Kosovo, he was hailed as a national hero.

Haradinaj's resignation could have far-reaching consequences for Kosovo, as it significantly shifts the domestic balance of power in the small Balkan state. 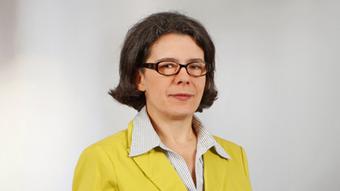 Haradinaj, the leader of Alliance for the Future of Kosovo party, came to power in 2017 after snap parliamentary elections. His government coalition, made up of so-called "war wing" parties, was unstable from the get-go. Moreover, it faced tremendous challenges: a rocky relationship with Serbia, domestic corruption, high unemployment and the special tribunal. A premature collapse of the coalition was very much on the cards.

Haradinaj's departure will also change Kosovo's relationship with Serbia. Haradinaj had been adamant about not making dialogue with the Serbian side dependent on preconditions, and strictly opposed a redrawing of borders such as that mooted by Kosovo President Hashim Thaci and his Serbian counterpart Aleksandar Vucic.

This position made Haradinaj popular within Kosovo and in Western Europe. Germany, and many other EU states, have insisted that borders in Europe should not undergo change.

When Haradinaj's government imposed steep tariffs on Serbian imports, however, massive international criticism ensued. Since this step was taken, the dialogue between Kosovo and Serbia has been suspended — which has also impacted on talks about a possible land swap. Despite intense negotiations, Haradinaj did not give ground.

If Haradinaj had remained prime minister, his stubbornness could have ultimately proven his downfall. The Hague hearing has expedited his resignation. His decision to cooperate with the judiciary is a step that is both logical and right.

But Haradinaj's departure from the political stage, even if temporary, will fundamentally change Kosovo's political landscape. Above all, President Thaci and his Democratic Party of Kosovo have lost their most important champion in negotiations with Belgrade. This means the proposed deal that has been under discussion by both sides for a good year — trading land in return for Serbia's recognition of Kosovo — could gain momentum. But any such deal, if struck without the support of a broad majority of Kosovars, would not be a good foundation for a permanent, long-term solution of the vexed Kosovo question.

The Hague special tribunal on Albanian war crimes during the Kosovo War has now taken an important step toward a legal reckoning with the past. This is an encouraging sign. But the political consequences of Haradinaj's resignation will soon be felt. In particular, it is likely that talks between Kosovo and Serbia will be restarted. However, an unsatisfactory deal arising on the basis of Kosovo's domestic political weakness should be prevented at all costs.

Kosovo exhibit “Once Upon a Time and Never Again”