Photos and stories, little sweaters and shoes, a cradle and marbles: An exhibition remembers children killed in the Kosovo War, which ended 20 years ago. 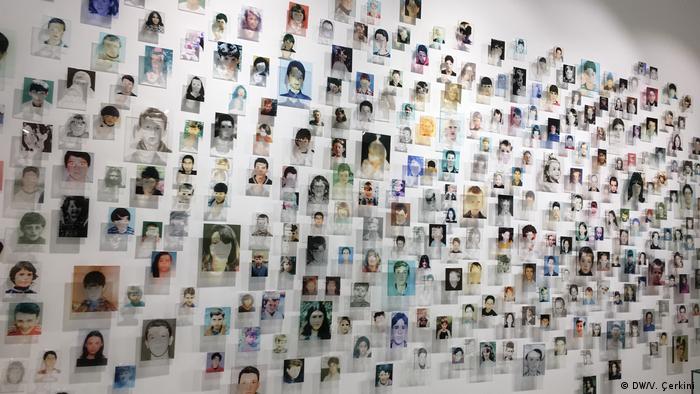 "Once upon a time and never again" is the title of a new exhibition in Kosovo's capital city, Pristina. It is being held two decades after the Kosovo War ended in remembrance of the more than 1,000 children who lost their lives during the conflict.

Photographs and stories, as well as personal belongings, such as little sweaters and shoes, a cradle and marbles a child once played with all feature in the exhibition. The parents of the young victims have held onto the items to this day as reminders of those they have lost.

Ejup Caraku from Poklek, a village near Pristina, lost four family members in the war. His two sons, Hasan, 12, and Berat, 13, were killed along with his wife, Baftija, 30, and his sister-in-law, Mihria, 47. It means a lot to him that there is now an exhibition commemorating the youngest victims of war.

"I very much appreciate the idea behind this exhibition. It is good that someone has thought about our children and done something to remember them. We feel a sense of relief, although we know that our wives and children can never be brought back," said Caraku. 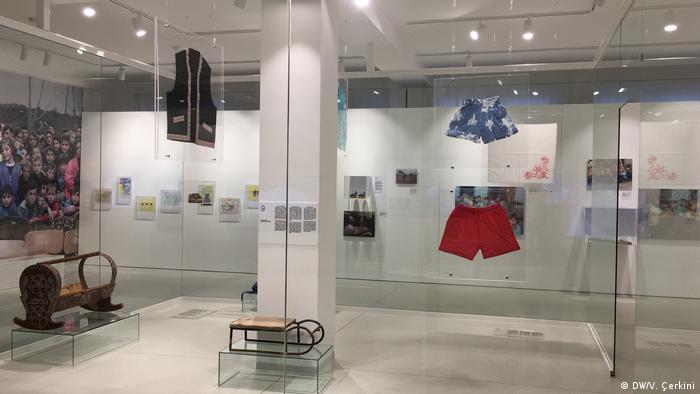 Mejreme Kelmendi's children were also killed during the war. She said it's painful to recall the details of the deaths of her sons, Haxhiu and Besimi. The two were only 10 and 12 years old when they died.

'It is simply moving'

Visitors from all over Europe have already seen the exhibition. Albin Morina, 20, whose mother fled to Germany before the conflict in Kosovo, made the trip especially to see it.

"I myself lost my father in the war. My mother was pregnant with me, and I never had the chance to get to know him. It's certainly good to have such an exhibition to see what we have experienced in the war, and how poor, innocent children died. It is simply moving," said Morina.

"To this day, there is no monument or day of remembrance to commemorate the children who lost their lives," said Dea Dedi of the Humanitarian Law Center Kosovo, which organized the exhibition. According to the center, a total of 1,024 children lost their lives during the war and 109 are still missing. 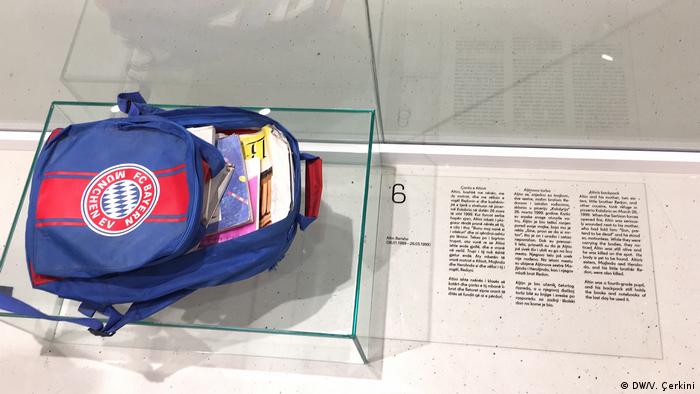 "We feel it important that the children who were murdered or vanished during the Kosovo war are not forgotten. We contacted their families to get information about the children," said Dedi.

"We told them about the exhibition and that we wanted to do something to remember them. The families were extremely cooperative and helpful, and supported our idea," she said.

She explained that obtaining the children's clothing, school supplies and pictures from their parents was not easy. Most things were burned or lost in the war, and many parents are left with only the memory.

But she believes that it's nevertheless important to remember the children who were killed. "Twenty years after the end of the war, we as a society have to come to terms with what this country has experienced so that something like this never happens again," she said.

The exhibition is on show at the Hivzi Sylejmani Library in Pristina until May 2020.