Scenarios to end Kosovo and Serbia′s frozen conflict | Europe | News and current affairs from around the continent | DW | 13.04.2018

An armed conflict between Serbia and Kosovo is possible if their EU perspectives fade, a group of Balkan experts has said. But there are other more positive outcomes to ties between Belgrade and Pristina. 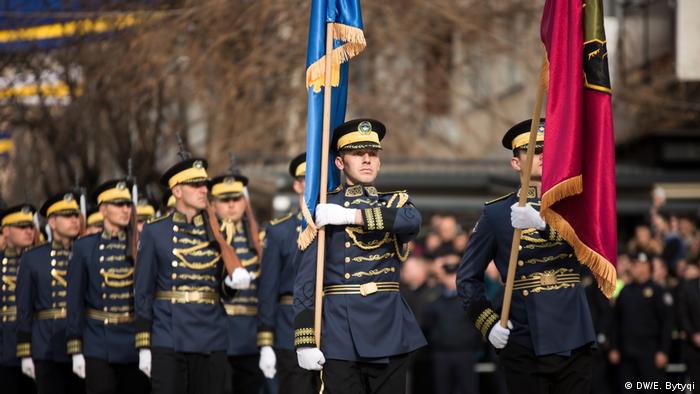 The 10th anniversary of Kosovo's independence on February 17, 2018

A decade after Kosovo's declaration of independence, the frozen conflict between Belgrade and Pristina has not been resolved. Serbia does not recognize the independence of its former province, although it has not been controlling the territory since the NATO bombings of 1999.

While most EU countries and UN members regard Kosovo as an independent state, Russia remains a powerful ally for Serbia, and Moscow's veto power in the Security Council means it can block Kosovo's attempt at UN membership.

The EU-mediated "Brussels dialogue" between Belgrade and Pristina eliminated some of the administrative problems that complicated citizens' daily lives. Authorities largely disbanded Serbian structures in the north of Kosovo, such as the courts and police. However, the main obstacle is still the difference of opinion over the status of the territory with 2 million mostly Albanian inhabitants.

As international and local pressure mounts on Belgrade and Pristina to define their relations with an agreement on normalization, a group of representatives of civil society, think tanks and academia from Serbia, Kosovo and the EU — brought together by the German Friedrich-Ebert-Foundation (FES) — drafted four long-term scenarios of possible ways to develop relations between Serbia and Kosovo by 2035.

The fastest path to progress

"The best scenario would be the one that solves the dispute over the status of Kosovo," said Shpetim Gashi of the Council for Inclusive Governance in Pristina.

This scenario also implies an improvement of the economic situation in both Serbia and Kosovo and some hard decisions from Belgrade and Pristina.

"Belgrade has to give up its territorial claim on Kosovo, while Kosovo has to grant some executive powers to the association of municipalities with a Serbian majority," Gashi told DW. "An international package of financial and political incentives is needed to encourage both sides." 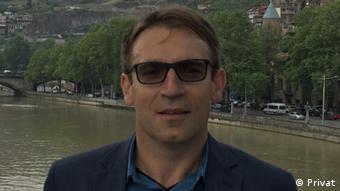 Shpetin Gashi works for an international NGO in Kosovo

However, he said he thinks a combination of a second and a third scenario is more likely: An agreement that recognizes Pristina's authority throughout Kosovo would be signed — without a full diplomatic recognition of Kosovo. At the same time, Serbia would continue to lobby against Kosovo's membership in international organizations, despite its commitment not to do so.

This scenario seems more realistic as political leaders in Kosovo and Serbia appear unwilling to abandon their populist rhetoric. Currently, the two countries are led by former enemies: Aleksandar Vucic was the Serbian information minister during the Kosovo War, while Hashim Thaci was the leading warlord of the Kosovo-Albanian militia UCK.

"Vucic and Thaci tried really hard to portray themselves as peacemakers, as something they are not. They almost tricked us into believing them," Gashi said. "But they are the products of a conflict and remain in power because of this conflict. They create a conflict in the morning, in order to have something to resolve in the afternoon.

"Bold steps are required to conclude the conflict," he added. "But our leaders are not visionary, they lack integrity, have a mixed past and aren't interested in leaving behind a lasting legacy."

Instead, they are petty, attention-seeking politicians who fear rivals and rules and despise independent thinking while favoring loyalty over competence, Gashi said.

Safe to bet on failure

With such leaders, it's safe to bet on failure, Gashi concluded. In that case, both economies will continue to deteriorate, and brain drain will cripple labor markets.

"Conflict is a major factor contributing to economic problems, but I'm afraid Serbia and Kosovo are too late to reverse the process," Gashi said. 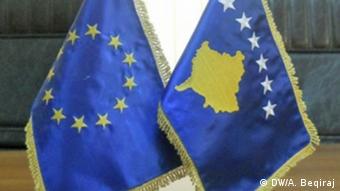 He pointed out Kosovo's enormous trade imbalance — it imports goods worth several times more than its annual exports each year — while Serbia, with less than 2 percent economic growth, was forecast as having the 11th most miserable economy by the Bloomberg Misery Index.

According to the analysis of the experts that will be published on Friday, the worst scenario would include the the EU deteriorating into a loose trade alliance. That would freeze the enlargement process for the Balkan countries, and Brussels would end up losing its main leverage on Belgrade and Pristina.

Without the perspective of EU membership, Belgrade's and Pristina's readiness to negotiate would diminish and both sides would continue to blame each other. There would hardly be any opposition to nationalistic narratives and more incidents in areas with a Serbian majority in Kosovo. With tensions high and only a few voices advocating a negotiated solution, this scenario concludes: "A new war seems only a spark away."