The European Commission wants to expand its footprint in the western Balkans. Brussels hopes to add countries from the region to the bloc by 2025, but there are still a number of obstacles on the path to accession. 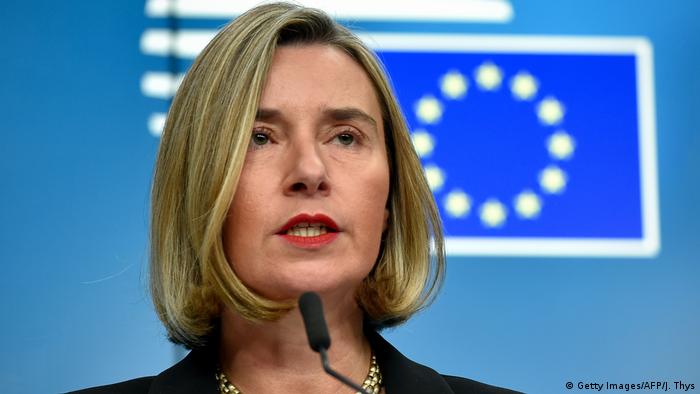 After letting 13 Eastern and central European states join the European Union roughly a decade ago, it seemed Brussels had grown tired of enlargement. The prospect of adding western Balkan nations to the bloc were put on the back burner.

But now the European Commission has announced ambitious plans for a grand, new push toward enlargement, hoping to welcome western Balkan states in the EU within the next seven years.

The bloc's foreign policy chief, Federica Mogherini, called the news a turning point for Europe's future. "The next months will be not only intense but also crucial to make sure that this historic and unique opportunity is seized," she said.

Accession negotiations with Montenegro, the smallest candidate country, started in 2012, and talks with the largest, Serbia, began two years later. Both states are regarded as frontrunners for accession, although Serbia still has a few hurdles to clear: the relationship to Kosovo is unclear, organized crime and corruption are rampant, the country's constitutional legality is in question and freedom of the press is limited. Montenegro, a member of NATO since 2017, faces similar issues, particularly with regard to corruption.

"There is no shortcut," said Johannes Hahn, the Commissioner for European Neighborhood Policy and Enlargement Negotiations. He believes that by 2025, the countries will be able to become more democratic, constitutional and competitive. "We wouldn't have recommended them otherwise," he told DW.

It's important to "export stability to the region rather than importing instability to the EU," Hahn said. As other EU diplomats described the process: "We are not shortening the tunnel, but we've made sure the light at the end is brighter."

The German government has been cautious in its reaction to the timeline from Brussels. It's a best-case scenario, said David McAllister, chairman of the Foreign Affairs Committee in the European Parliament. He, too, stresses that the candidate countries must fulfill the EU's tough accession criteria without cutting corners. The bloc is intent on making sure that European principles — "the rule of law, reconciliation and good relations with neighboring states" — are satisfied first and foremost in this next enlargement round, McCallister said.

The strategy includes six initiatives that range from strengthening the rule of law to reinforced cooperation on security. Implementing European values is the foremost demand, however, as the EU is concerned not only about economic developments in the western Balkans states, but political progress, too.

The president of the European Commission, Jean-Claude Juncker, argued the proposed date of 2025 is supposed to motivate the states to forge ahead with the necessary reforms.

Slovenia and Croatia still at odds over Piran Bay border

EU member states Croatia — whose Prime Minister Andrej Plenkovic on Tuesday delivered a fiery speech to European Parliament delegates, urging accession of the western Balkan states — and Slovenia have not managed to solve their border dispute concerning Piran Bay. Despite pressure from Brussels, the Croatian government last year refused a decision by an international court of arbitration.

For candidate country Serbia, that means it will have to fix its shattered relations with Kosovo. The EU also doesn't want to "import" the ongoing name dispute between Greece and Macedonia. Should the two come up with a solution, the EU might select Macedonia to be among the second group of states eligible for accession negotiations, alongside Albania. Bosnia-Herzegovina and Kosovo make up the tail end of accession candidates eligible for talks.

There is no alternative to reforms, according to EU diplomats, who argue that their ability to push for change domestically is reduced significantly once a country enters the bloc.

Over the next few years, the EU will also be dangling a carrot in the form of €500 million ($621 million) in payments to western Balkan countries for its enlargement plan, a figure that could easily rise. 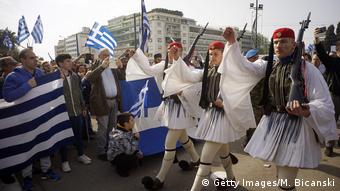 For Brussels, there are clear geopolitical reasons behind its interest in expanding throughout the western Balkans. The EU fears the region might come under increased Russian or Chinese influence, and is also concerned about rekindled local conflicts.

Toby Vogel of the Center for European Policy Studies doesn't believe in such fears, but sees a threat in that EU accession would weaken the position of power for rulers like Serbia's Aleksandar Vukic and other "strong men from the Balkans."

Bringing these states into the EU fold would let leaders join who, ideologically, are "closer to Hungary's Viktor Orban." Critics in Brussels contend the move would fan the flames of nationalism and populism, and give Orban new allies in the bloc.

It is vital that the EU be serious about implementing its criteria and democratic rules, said Vogel, stressing that the bloc should not be satisfied with bogus reforms. It would give Europe the chance in the medium-term, he added, to grow larger and stronger and maintain peace in the region.