′EU must recognize historic opportunity to solve Kosovo issue′ | Europe | News and current affairs from around the continent | DW | 10.12.2017

Solving the conflict between Serbia and Kosovo requires frank talks, says Austrian Balkans expert Wolfgang Petritsch. He believes Brussels must prioritize the relations of the western Balkan states with the EU. 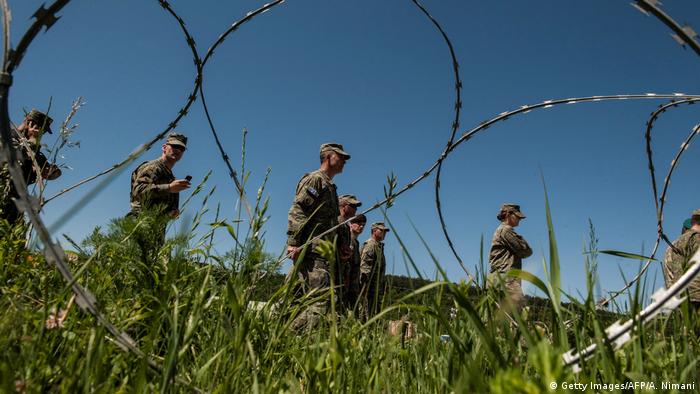 DW: Mr. Petritsch, you say we are today presented with a historic opportunity to solve the Kosovo issue. What do you mean?

Wolfgang Petritsch: Serbian President [Aleksandar] Vucic's statement on Kosovo signals that he is now willing to address and solve the Kosovo issue. This represents something of an historic opportunity to solve the last remaining conflict in the former Yugoslavia, namely, the relations between Serbs and Albanians in Kosovo. The EU should recognize the great opportunity for solving this issue.

What exactly do you think Brussels should do?

Brussels should initiate a new political process, and overcome the sense of routine that has seeped into talks between Belgrade and Pristina. The EU should focus on resolving this issue over the next two years. In this respect, it may be necessary to mandate a respected expert who is across the regional situation with the objective of moving towards a solution. One should also think about how Serbia could benefit and be motivated to actually implement this historical step. 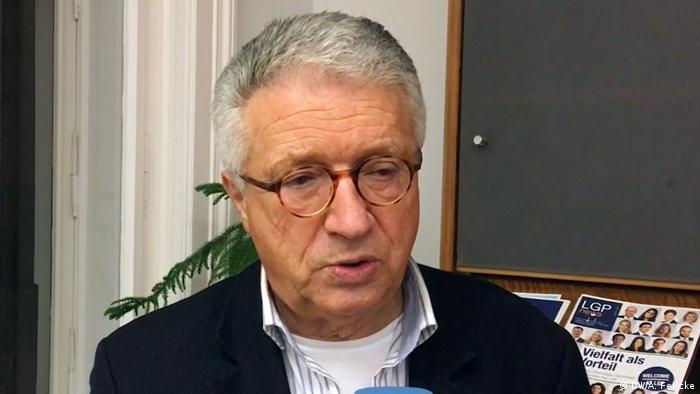 You say Brussels needs to take action. But what, save Vucic's statement, is actually on the table?

Vucic has alluded to two things. One is the continuing dialogue between Belgrade and Pristina that will be concluded as soon as possible. These talks are specifically focused on the institutional rights of Serbs in Kosovo. The second very important step is the internal Serbian dialogue. I believe that this is an important preparation for what can then really bring stability to the region. It would be important for Serbia not to feel pressured from the outside to accept something, but to also engage in domestic debate on the issue to ultimately produce a deal that both sides genuinely accept. A major problem, of course, is still the fact that few Serbs and Serbian politicians can bring themselves to accept that "Kosovo is lost" — something that Vucic has de facto conceded.

Read more: The Balkans — From Yugoslav wars to an ever-tense peace

But for this to work, the Serbs have to be made an offer. It must include a guarantee to protect ethnic minorities and possibly a bilateral agreement that both Belgrade and Pristina can accept, for instance when it comes to redrawing borders. Talks between Serbia and the EU are already quite advanced. It would be important to clearly indicate that overcoming the Kosovo issue would make Serbia's EU accession much more likely in years to come. This should be happening parallel to Serbia engaging in domestic debate over Kosovo. The remaining open questions — of which Kosovo is central - should be addressed or solved before 2019, when the new EU commission takes over in Brussels. The goal would be for the new EU administration to have a plan for the EU accession of the Western Balkan states, and then to swiftly implement it.

For them to join all at once?

That remains to be seen. Bosnia is the weakest element of the western Balkan states. Much still needs to improve there. But I think talks should be initiated soon that could also concentrate on unresolved issues in Bosnia. Then, these outstanding problems could be gradually solved one after another. That could pave the ground for EU accession. It could work like a kind of regional competition over who is the first to cross the finish line. The major issues are well-known. In the Serbian context, the Kosovo question is key. In Bosnia and Herzegovina, improving the dysfunctional state which emerged out of the Dayton Peace Agreement is paramount. The main challenges are clear and must be factored into the respective accession procedures. 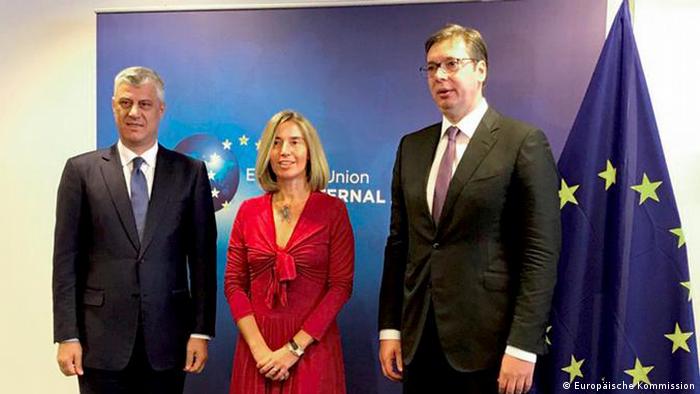 What do you suggest Serbian politicians do to show they're serious about talks? Distrust against the Serbian leadership is pervasive, especially regarding press freedom, rule of law and so on.

Serbia still faces big problems. But those have to be understood in connection with the even bigger and yet unresolved Kosovo question. But Vucic has also managed to garner a lot of trust in Berlin and other European capitals, in particular in the context of the 2015/2016 refugee crisis. He has shown himself to be someone who can be counted on to tackle difficult challenges. I believe there is a certain amount of trust that should be given to the Serbian government in particular, without overlooking the fact that there are undoubtedly also problems. I'm optimistic that all these issues can be resolved once Brussels has presented a road map for EU accession and once issues with Pristina have been resolved.

What is your advice to Kosovo's politicians?

Kosovo is deeply divided. It is a weak state on the verge of collapse, one could say — especially in comparison to Serbia, which has developed very strongly, both economically and overall. Pristina must finally make concessions to Kosovo's Serbian community. The agreement to form the Community of Serb Municipalities was signed years ago. That agreement needs to be finally implemented. I believe that's Pristina's obligation.

How do you see the timeline?

Once the new administration takes charge in Brussels in 2019,  EU accession of the western Balkan states — whether all or just some — will have to be a top priority.

What about the role of Tirana?

The Albanian prime minister is clearly interested in finding a solution. He has a great relationship with Vucic. Which is a recent thing. I believe that can be extremely helpful. Albania should not just take Kosovo's side. To my mind, it would be very advantageous if Belgrade and Tirana actually reached an agreement. Though not without consulting others, of course. This could have a motivational effect. Albania could play an important role.

Austrian Social Democrat and diplomat Wolfgang Petritsch served as the EU High Representative for Bosnia and Herzegovina between 1999 and 2002. Petritsch oversaw the implementation of the Dayton Peace Agreement which was signed on December 14th 1995. Prior to this he served as Austria's ambassador in Belgrade (1997–1999) and as the European Union's Special Envoy for Kosovo. In this capacity, Petritsch acted as the EU Chief Negotiator at the peace talks in Rambouillet and Paris in 1999.

The interview was conducted by Adelheid Feilcke.