The Balkans: From Yugoslav wars to an ever-tense peace | Europe | News and current affairs from around the continent | DW | 04.06.2017

Trouble in the Balkans is never far away, with the peninsula crisscrossed with religious and ethnic fault lines. DW's Darko Janjevic gives you a quick overview of the major players in the region. 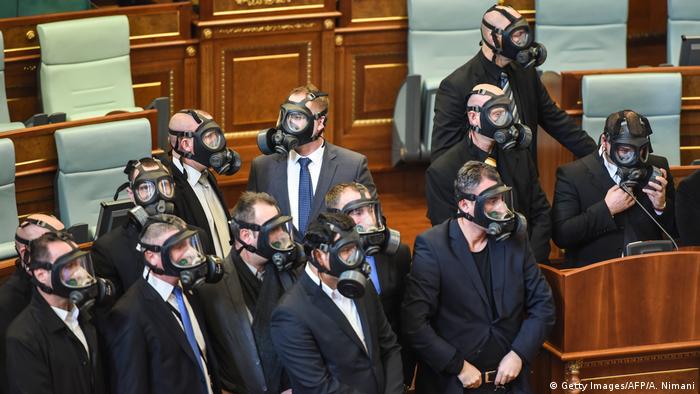 For many outsiders, "the Balkans" evokes images of war, chaos and corruption - a stark contrast to rich and well-organized nations of Western Europe. Consequently, many Croatians and Romanians will say they do not share the Balkan mentality - even if parts of their territory are on Europe's southeast peninsula.

The nations most emblematic of the Balkans and their conflicts are the former Yugoslav states of Serbia, Croatia, Bosnia-Herzegovina, Macedonia, Montenegro and Kosovo, as well as neighboring Albania. Slovenia, another ex-Yugoslav nation, was quickly absorbed into the EU sphere upon its accession in 2004. 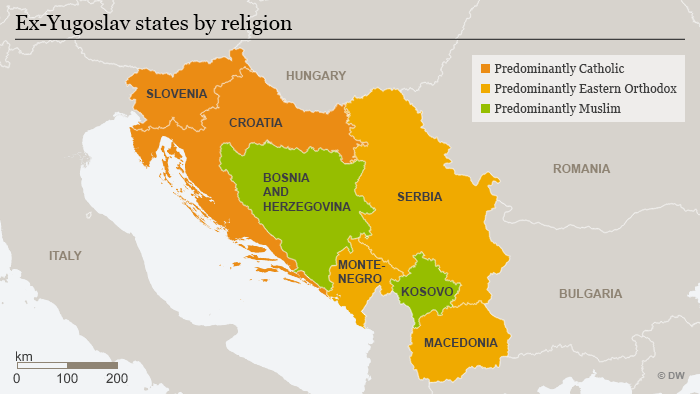 Croatia joined the European Union in 2013. The dominant religion is Catholicism, and the population is traditionally pro-West European. The country boasts a huge Adriatic coastline and strong cultural ties to Italy and Austria, in part because of centuries spent under rule of the Austro-Hungarian Empire. As Yugoslavia was collapsing, Croats pushed back the predominantly Serb forces to secure independence. Memories of war are still very much alive in the country. 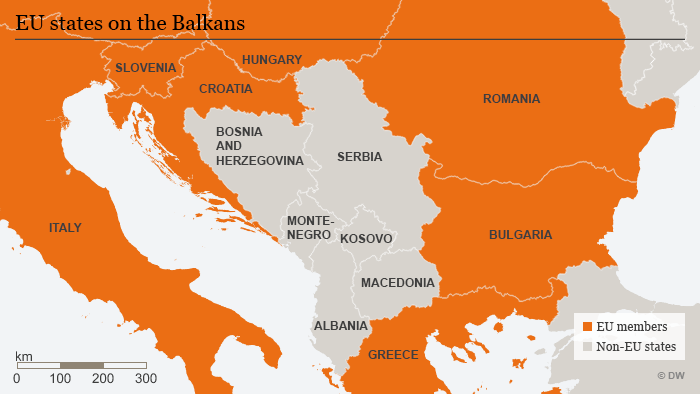 Croatia's eastern neighbor is mostly Eastern Orthodox and traditionally sees Russia as its natural ally. Nationalists regularly accuse Croatia of colluding with international "anti-Serb conspirators" to undermine and threaten Serbian interests in the Balkans. They also believe that the United States and EU treated Serbs unfairly in the aftermath of the Yugoslav wars.

Serbian and Croatian interests have often clashed in Bosnia-Herzegovina. The biggest ethnic group is the predominantly Muslim Bosniaks, but the country is also home to large Serb and Croat populations. After the Dayton Accords in 1995, the country was split into the Serbian Republika Srpska and the Federation of Bosnia and Herzegovina, where most Bosniaks and Croats live. 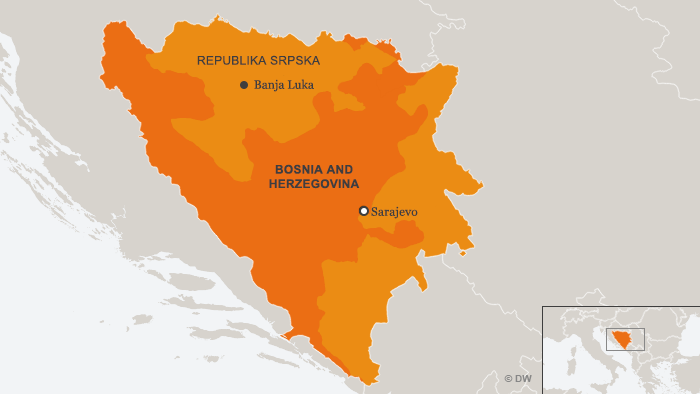 The leadership in Republika Srpska has pushed for independence and an eventual union with Serbia ever since, but those efforts have regularly been blocked by the international community. EU diplomats fear fresh bloodshed if borders were to be changed.

Bosnia was part of the Ottoman Empire until the early 20th century. This history lives on through cultural and economic links to Turkey, with Bosniak politicians notably praising the strongman Recep Tayyip Erdogan.

Among the Serbs, however, Turkey is remembered as a cruel occupying power.

The small Adriatic state of Montenegro had been Serbia's closest ally during the break up of Yugoslavia and through its own peaceful secession in 2006. Also, orthodox-majority Montenegro has been extremely pro-Russian throughout its history. In recent years, however, Podgorica has aligned its interests with the West and is on course to become a NATO member in 2017 - much to the chagrin of Moscow. 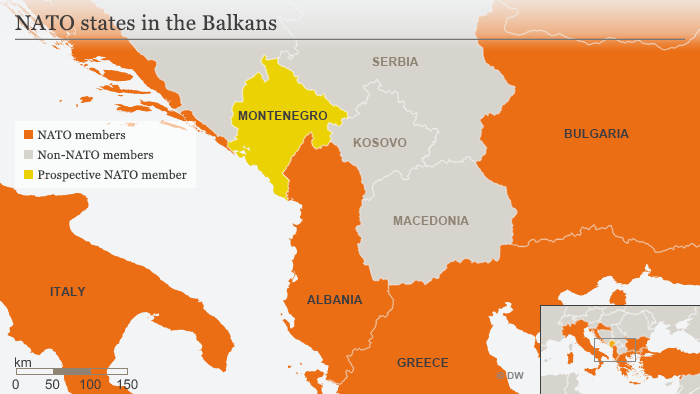 Islam is the dominant religion in mostly ethnic-Albanian Kosovo, a former province of Serbia. US-led NATO bombing forced Serbian forces to pull out of Kosovo in 1999, and the state declared independence in 2008 with the backing of the United States and many EU nations. The intervention made Albanians in Kosovo and neighboring Albania steadfast allies with the US.

Serbia disputes Kosovo's statehood and has used Russia's support to keep the young country from joining the United Nations.

Albania's challenges have always been separate from those of the former Yugoslavia, but the nation's fate - from before the fall of Balkan communism through the present - has long been tied to the stability of its neighbors. The dictator Enver Hoxha had isolated Albania even within Europe's Eastern bloc. Although most Albanian citizens are Muslim, the nation also has Catholic and Eastern Orthodox minorities. 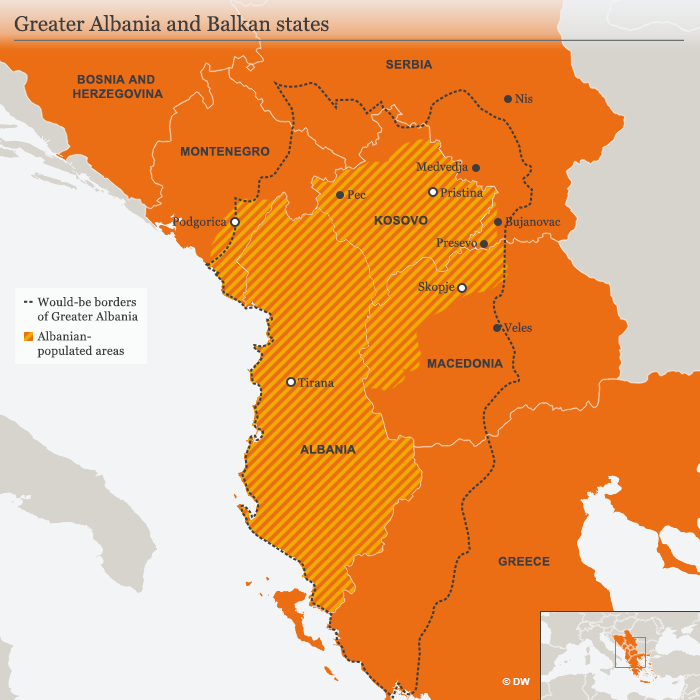 Recently, politicians in Pristina and Tirana have hinted at the possible unification of Kosovo and Albania, awaking fears of the so-called Greater Albania project. The head representative of Albanians living in Serbia also called for several towns on Serbian teritory join such a union. The statements drew a sharp rebuke from the EU.

Fears of Greater Albania are also influencing Macedonia, where Albanians make up over one quarter of the population. Right-wing politicians in Skopje accuse local Albanians of colluding with Tirana and oppose their demands to make Albanian an official language in Macedonia.

The country has also had a  long-running dispute with Greece over the use of the name Macedonia. Officials in Athens say Skopje has no right to use a name historically linked to Alexander the Great, and have only allowed their northern neighbors to join the UN as the Former Yugoslav Republic of Macedonia. Though the conflict might seem trivial from the outside, the dispute has blocked Macedonia from joining NATO since 2008.