Erdogan wants Balkans as ′leverage′ on Europe: expert | Europe| News and current affairs from around the continent | DW | 18.03.2017

Turkey is seeking to gain more influence in the Balkans. DW's Darko Janjevic spoke with Erdoan Shipoli, a US-based expert on Turkey and the Balkans, about what this means for the European Union. 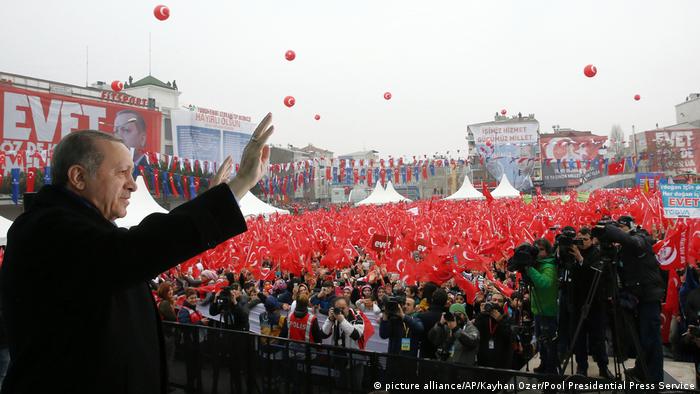 Sandzak: The Balkans region where Turkey is the big brother

Sandzak is commonly referred to as the Balkans region still under Turkish influence. But a visit to the center of Novi Pazar shows that "brotherhood" doesn’t help a lot when it comes to the economy. (21.10.2016)

DW: Dr. Shipoli, what are Turkey's goals in the Balkans; what is it trying to accomplish?

Dr. Erdoan Shipoli: Historically, Turkey's institutions, such as the military or the country's bureaucracy, were always linked with the Balkans, because they saw the Balkans as a path to Europe. Turkey has always seen the Balkans as the road it can use to reach Europe. Nevertheless, in the recent years of the Erdogan era, it has also started seeing the Balkans as something it can use for leverage. So Erdogan's government wants to increase its influence in those societies by investing and helping some civil society organizations … It does this so that tomorrow it will be able to tell Europe: "We have all this influence in the Balkans, your own back door, and we can use it to blackmail you."

So Erdogan's government thinks it will be able to use its Balkan presence to influence European politics and push Europe in a certain direction?

Yes. At least, this is what Erdogan thinks, but I don't think he is able to really do that. When it comes to the political influence in Kosovo, Albania and Bosnia, Turkey is definitely an important regional player, but only to the degree to which its policies coincide with the European Union's policies. For Balkan countries, their main goal is to enter the EU. For many years, this was also Turkey's goal. Now, when Turkey is moving away from this goal, Turkish influence in the Balkans is decreasing as well.

How much real political influence does Ankara have in the region?

When it comes to ex-Yugoslav states, the strongest influence it has is in Bosnia, then Macedonia, then Kosovo, with Albania [not an ex-Yu state] coming at the end. Of course, it has better trade relations with Bulgaria and better communication with the Turkish community in Bulgaria than in Kosovo, for example. In reality, Turkey does not have the political influence it claims to have in the Balkans, and it doesn't have the influence it wants to have. The only way that Turkey can have more influence in the Balkans is if the EU breaks its promise to work with the Balkan countries. Otherwise, if they have to choose, the Balkan countries will go with Europe and never look back at Turkey.

Even so, people in Bosnia and other Muslim communities all over the Balkans look to Erdogan as a kind of big brother. Erdogan himself recently used the Srebrenica massacre as proof of Europe's hatred of Muslims, and he likes to portray himself as a protector of Muslims. How much of that is genuine sentiment, and how much is political posturing?

He is only doing it for domestic consumption. Of course, Bosnian Muslims have sympathies toward Turkey, because Turkey and some other Muslim countries helped them during the war before the EU and the US did. In Kosovo, this was not the case, and Kosovar Albanian Muslims don't see Turkey as their big brother. However, while Erdogan and Turkey have no power to really influence anything in the Balkans, Erdogan is a master of using discourse and narrative to his gain. He is using the Srebrenica massacre to prove to the Turks that he cares about the Muslims, and this will bring him a lot of votes, because we should remember there are a lot of Turks with Bosnian, Bulgarian or Albanian backgrounds who historically have not voted for Erdogan. In this way, he is trying to win their votes in the referendum by showing them he would fight for the Balkans - in this case, against the Netherlands over Srebrenica.

What is Turkey doing to boost its influence? After the coup attempt, a lot of Turkish institutions in the Balkans came under suspicion from Ankara …

Since the coup, the Erdogan government has been trying to put a bit more pressure on Balkan governments, especially with regard to the Gulen movement, but that has not been very successful.

We can see that in Macedonia and Bulgiaria it is trying to make its own political parties and to use the already established ones in other countries, parties directly controlled by Erdogan's close associates. It is trying to use its own people, ones who are loyal to Erdogan, who have studied in Turkey and are known to have had to do with Erdogan's circles. What I am afraid of is that it is gaining ground in some civil society organizations. For example, TIKA [Turkish development agency] is making investments, setting up trips to Turkey, that kind of thing. Allegedly, there have been some controversial acts that are being investigated. Here, we also need to make a distinction between Turkey and specifically Erdogan's government, because the latter's main goal right now is not to increase Turkey's influence - it's to increase Erdogan's influence and his popularity. We know that it sets up these rallies and takes a couple of people in Prizen, Skopje or Novi Pazar and gives them pictures of Erdogan to show that he has sympathizers everywhere. 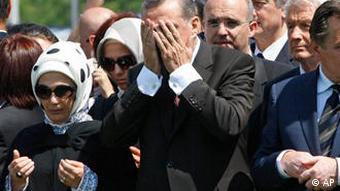 How far is Ankara ready to go on this? Is Turkey interested in destabilizing the the Balkans, boosting the new wave of nationalism and encouraging military posturing?

I don't think so. Turkey is not interested in destabilizing the security situation in the Balkans. But if it was something that Erdogan could use, he wouldn't mind doing it.  I do not believe that Turkey wants a destabilized Balkans. because  then Turkey would be completely surrounded by unstable regions. But part of the burden is also on the EU states to embrace the Balkans and not let them fall to Erdogan's agenda.

Kosovo-born Erdoan Shipoli is a Visiting Researcher at the Center for Muslim-Christian Understanding at Georgetown University and Associate Dean of School of Public and International Affairs at Virginia International University.