Turkey′s Gulen crackdown comes to Bosnia | Europe | News and current affairs from around the continent | DW | 20.08.2016

The Turkish president's struggle with Fethullah Gulen is also being felt in the Balkans. Bosnia and Herzegovina is home to private schools founded by the Gulen movement - and Ankara is calling on them to be closed. 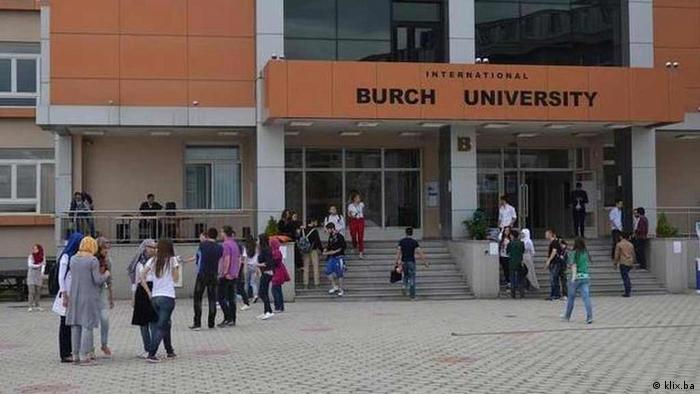 Before the attempted coup, President Recep Tayyip Erdogan's campaign against the Gulen movement was hardly noticed in Bosnia and Herzegovina. But now that Erdogan has accused exiled cleric Fethullah Gulen and his followers of plotting the coup, the country's 15 Bosna Sema educational institutions have come under harsh media scrutiny. These include preschools, primary and high schools, as well as universities - all allegedly controlled by Gulen.

The institutions are legal in Bosnia and Herzegovina, yet perceived as a threat. "As far as I know, the Gulen movement is conspiratorial in nature - therefore neither legitimate nor transparent. I have no faith in such organizations," Islam scholar Esad Durakovic of Sarajevo said. Osman Softic, an Islam expert at broadcaster Al-Jazeera, says "Gulen's interpretation of Islam suits his own interests."

Turkey, meanwhile, has made its position clear: It's awaiting "decisive action" against the Sema schools, its ambassador to Bosnia said shortly after the coup attempt.

Where moderates and extremists meet

Bosnia and Herzegovina has long been a border between east and west. It was part of the Ottoman Empire for centuries, and then Austria-Hungary for decades. A relatively moderate and tolerant form of Islam emerged in this time.

But since the Yugoslav wars of the 1990s, the country has been a playground for various sects and Islamic factions, many of them foreign. Salafists, Wahhabists and followers of the Gulen movement have all established a foothold there. The question now, Durakovic said, is how the majority of the country's Muslims will position themselves in the conflict between Erdogan and Gulen. He fears an intra-Muslim conflict.

Various foreign Muslim movements could learn from "Bosnian Islam, and how you can be both Muslim and European, tolerant and transparent," Durakovic said, adding that Muslims there don't need foreign influence. He said this was why he is concerned about the presence of the Gulen movement.

Disappointed by the West

It's more than religion playing a role. Western interests, or lack thereof, are also a factor. In the absence of clear policies from the West that could bolster the country's integrity, many among the Bosnian political elite have drawn closer to Erdogan.

The Turkish president, meanwhile, has expressed increasing interest in Bosnia and Herzegovina, using common Ottoman history as a point of unity. "We are well aware of the danger posed by educational and other institutions, as well as individuals, connected to Fethullah Gulen's organization," said Bakir Izetbegovic, a Bosniak member of Bosnia's tripartite presidency and head of the Islamic-nationalist Party of Democratic Action (SDA).

Criticism of the Sema schools

The Sema schools had already been under fire for being boarding schools, an unusual educational model in this small Balkan country. The media criticized them for their strictness - and accused them of fostering a personality cult around Gulen.

Borka Rudic, a journalist who sends her daughter to the international Bosna Sema school in Sarajevo, isn't party to these concerns. To the contrary, she says she is satisfied with the curriculum that offers her daughter a good education: "I think these schools have earned respect and can be a model for other educational institutions." The school's Turkish background is irrelevant for Rudic.

"No one who publicly criticizes these schools can point to any arguments or facts," she said. Opponents have threatened her, she added, labeling her a mouthpiece for the Gulen movement.

In response to the accusations connecting them and the coup, the Sema educational institutions said they condemned the coup as an "undemocratic and terroristic attempt to do away with the legal and legitimate government of Turkey by part of the Turkish army."

It was a party for peace: On July 28, 1991, thousands attended a concert in Sarajevo to protest an impending war. Author Danijel Visevic is looking for people that were there and willing to share their stories. (27.07.2016)

The Gulen movement has generated broad support in Germany and across the world. Experts, however, have doubts about its image as the representative of "moderate Islam" in Europe. (18.08.2016)